Home » Politics » Pence asks Supreme Court to overturn Roe: 'Nothing has been more destabilizing in our society' than abortion

The Mississippi law that limits abortions after 15 weeks is the most consequential abortion case since Roe v. Wade.

Former Vice President Mike Pence called on the Supreme Court to overturn the landmark decision in Roe v. Wade, arguing that it has destabilized the nation for decades.

Speaking at the National Press Club Tuesday, Pence declared that prior decisions incorrectly determined that abortion was key to the nation’s stability.

“The truth is nothing has been more destabilizing in our society for the last 50 years than legalized abortion … I believe it’s no coincidence that the last half century has seen a persistent rise in family instability, single-parent households, a decline in family formation, increase in unplanned pregnancies, and an explosion in sexually transmitted disease,” he said. 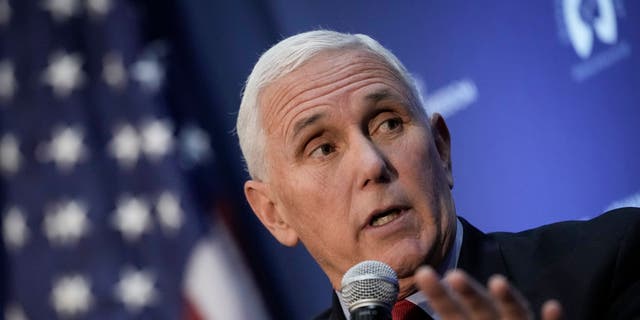 He claimed that “in the 48 years since the court’s ruling, unborn children have been relegated into a caste of second-class citizens – devoid of the most basic human rights.”

As Pence noted, there have been an estimated 62 million abortions since Roe v. Wade was decided in 1973. Citing statistics on Down syndrome abortions, he added that abortion was being used as a “tool of eugenics.”

Pence’s comments came on Tuesday, the day before the court is set to hear oral arguments in Dobbs v. Jackson Women’s Health, which involves a Mississippi law banning abortions after 15 weeks. Both sides of the debate have suggested that the court’s conservative majority could overturn both Roe and its subsequent precedent in Planned Parenthood v. Casey.

Planned Parenthood, the nation’s leading abortion provider, said in an email Monday that “the stakes for abortion access have never been higher.”

House Speaker Nancy Pelosi, D-Calif., derided Mississippi’s law in September alongside an amicus brief from both chambers of Congress.

“Mississippi’s draconian abortion ban – one in a heartbreaking and nationwide assault against women’s freedoms – is unconstitutional,” Pelosi said. “As the brief makes clear, the constitutional right to an abortion has been resoundingly affirmed.”

Anti-abortion advocates see the Mississippi law as an opportunity to challenge court precedent on viability and more generally asserting the reality of life in the womb. 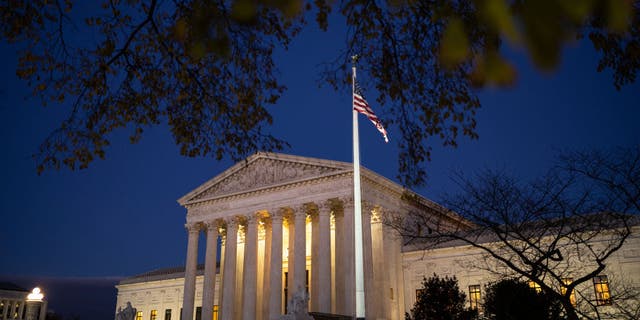 In overturning Roe, Pence argued, the court would move toward bringing the U.S. into the international mainstream on abortion.

Earlier this year, the anti-abortion Charlotte Lozier Institute released a study claiming that 47 out of 50 European nations limit elective abortion after 15 weeks.

Democrats, meanwhile, have emphasized the need for expanded abortion access and will likely intensify those calls if the court releases a decision next summer that overturns Roe. 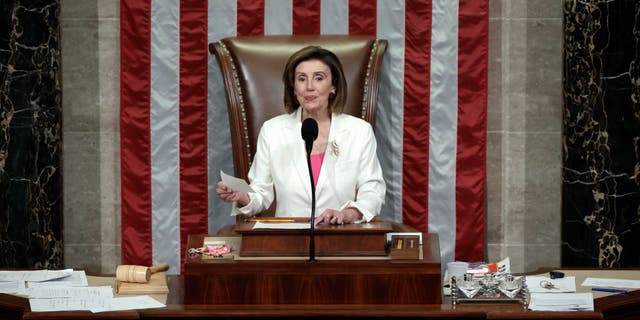 House Speaker Nancy Pelosi presides over the vote for the Build Back Better Act at the U.S. Capitol on Nov. 19, 2021.
(Anna Moneymaker/Getty Images)

Currently, Roe prevents states from banning abortion at certain stages but the court’s decision could give them considerably more leeway in this area.

House Democrats have preempted a more conservative decision by passing the Women’s Health Protection Act, which aims to codify Roe in federal law.