Home » Pentagon Seeks Carrier Deployment as It Exits Afghanistan, in Sign It’s Readying for a Fight

Military officials said the request was headed to the desk of Defense Secretary Lloyd J. Austin III, who is expected to decide soon. 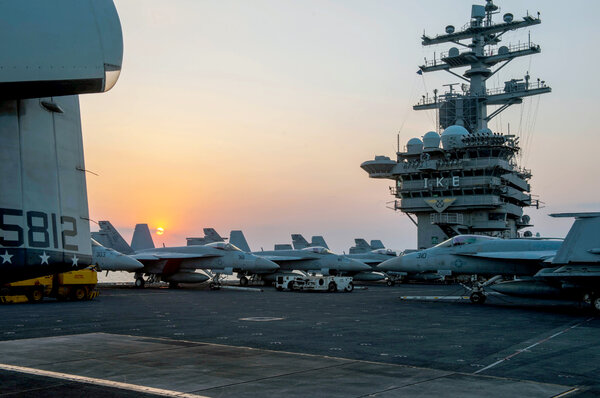 WASHINGTON — Military commanders are seeking to deploy an aircraft carrier specifically to help protect NATO troops in Afghanistan as they withdraw, the clearest sign yet that the Pentagon is preparing for a fight as it closes the books on America’s longest war.

But the deployment — likely to fall on either the overstretched Eisenhower or the Theodore Roosevelt, the carrier at the center of a coronavirus crisis last year — will mean an additional load on the Navy’s exhausted warships and crews, after a rash of extended deployments over the past few years.

The appeal is part of a withdrawal that the Pentagon describes as a “military retrograde operation.” Such movements often require — as they do now — sending additional troops and equipment to make sure departing forces can leave safely.

“It’s not over yet,” Gen. Mark A. Milley, the chairman of the Joint Chiefs of Staff, told reporters aboard his airplane last week, just after President Biden announced the Afghanistan withdrawal. “We have a lot of work ahead of us to make sure we get out in a good and orderly fashion, protect the force and continue defending America.”

The Pentagon is concerned that the exit could draw fire from Taliban fighters hoping to put a final punctuation on what the militant group is presenting as a humiliating American defeat. Biden administration officials have sounded a tough line about retaliation if the Taliban mounts any attacks on retreating troops. But the insurgent group’s intentions are unclear while its leadership meets in Pakistan to decide its next step.