Liz Truss has suffered a triple poll blow which has revealed voters are now questioning the economic competence of her Government. Polling by Techne UK for the Daily Express has revealed that for the first time since the 2008 banking crash Labour has pushed ahead of the Conservatives in terms of being trusted on the economy.

According to the survey 1,624 voters this week, 50 percent said they trusted Labour leader Sir Keir Starmer and shadow Chancellor Rachel Reeves more on the economy.

Meanwhile, 56 percent of respondents demanded the Conservative Party goes to the country and calls an immediate election.

A Tory MP told Express.co.uk the question on economic competence was “devastating”. 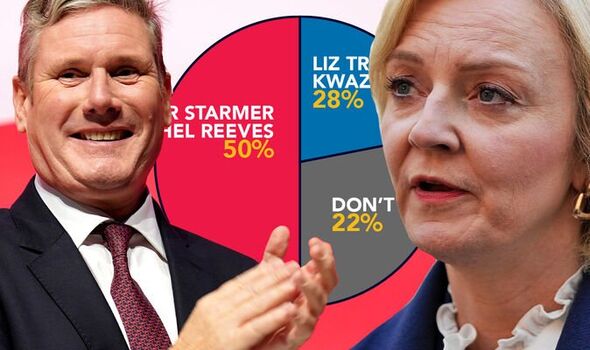 The MP said: “If Labour is seen as more economic competent that us then it is curtains. That’s our trump card.”

The findings follow chaos in the markets and a fall in the pound in the aftermath of Mr Kwarteng’s mini-Budget.

Ms Truss then started her party’s conference in Birmingham by U-turning on the plan to scrap the upper rate of 45p for high earners after a rebellion led by Michael Gove.

Even almost a quarter of Tory voters from 2019 (24 percent) believed Labour was better on the economy. 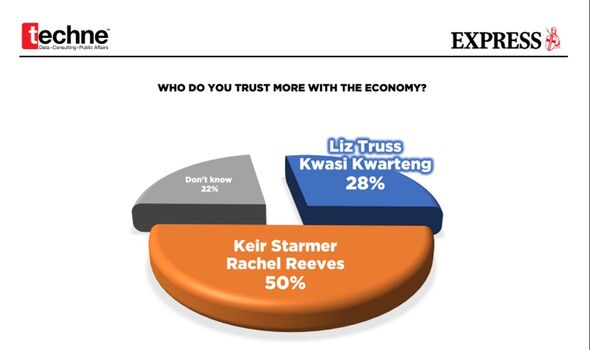 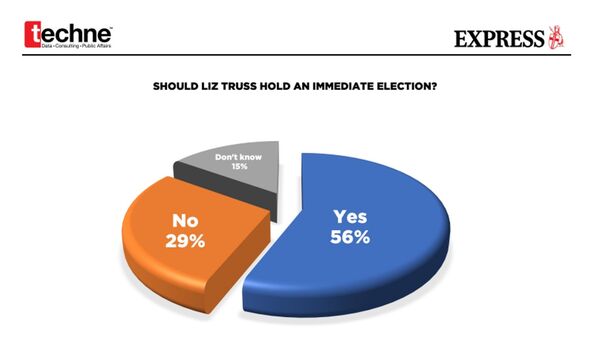 Worryingly, 26 percent of Conservative voters also agreed with former Culture Secretary and Boris Johnson loyalist Nadine Dorries that there should be an immediate general election.

The findings follow revelations in the Techne UK tracker poll for the Daily Express which showed that the Conservatives failed to get a bounce in support from their conference.

After a week where the party appeared to be locked in a factional civil war, Labour’s lead over the Tories actually rose from 20 percent to 22 percent.

The findings put the Tories on course for their worst election result in history with the Electoral Calculus website predicting they would get a mere 73 seats while Starmer would enjoy a 322 majority. 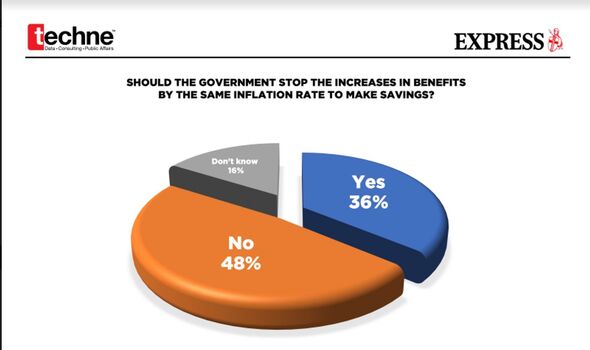 The findings on the economy have concerning echoes of the John Major Government in 1992 which lost its credibility on the economy after the crash of the pound on Black Wednesday.

Even though there wasn’t an election until 1997, voters punished the Tories handing them their worst ever defeat.

As well as the Techne polling today, other polls have painted a bleak picture for the Conservatives.

As in 1997, the Tories also face being wiped out in Scotland after years of rebuilding.

MPs are set to return to Parliament next week with the Prime Minister under pressure from her own party to turn their fortunes around.