Home » Politics » The Pressure Is On For Collins And Murkowski To Protect Roe v. Wade

As Republicans try to confirm conservative judge Brett Kavanaugh to the Supreme Court, the pressure is mounting on two moderate senators ― Susan Collins (R-Maine) and Lisa Murkowski (R-Alaska) ― to either block or greenlight a nominee who would almost certainly vote to overturn Roe v. Wade.

The pollsters conducted phone interviews with 597 registered voters in Alaska and 750 in Maine between July 3 and July 9.

The Planned Parenthood survey largely tracks with the results of a 2014 poll by the nonpartisan Pew Research Center, which found that 63 percent of Alaskans and 64 percent of Maine residents support legal abortion. Meanwhile, a Gallup poll released last week found that 64 percent of Americans support the Roe decision.

While Collins and Murkowski both support abortion rights ― and Collins has called Roe “settled law” ― neither senator has signaled which way she intends to vote on Kavanaugh. Both of them voted to confirm Justice Neil Gorsuch, and Collins sounded generally positive about Trump’s latest nominee in a statement earlier this month.

“Judge Kavanaugh has impressive credentials and extensive experience, having served more than a decade on the D.C. Circuit Court of Appeals,” she said. “I will conduct a careful, thorough vetting of the President’s nominee to the Supreme Court, as I have done with the five previous Supreme Court Justices whom I have considered. I look forward to Judge Kavanaugh’s public hearing before the Senate Judiciary Committee and to questioning him in a meeting in my office.” 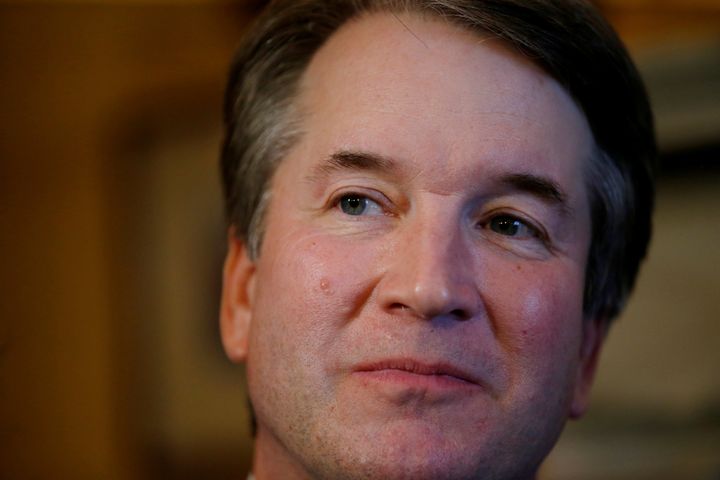 Murkowski is keeping her cards close to her chest.

“While I have not met Judge Kavanaugh, I look forward to sitting down for a personal meeting with him,” she said. “I intend to review Judge Kavanaugh’s decisions on the bench and writings off the bench, and pay careful attention to his responses to questions posed by my colleagues on the Senate Judiciary Committee.”

Murkowski added that she would take into account “the views of Alaskans in determining whether to support him.”

Kavanaugh has clearly indicated through speeches and written opinions that he opposes abortion rights and thinks Roe was wrongly decided. But many Republican politicians and candidates are downplaying the importance of his position on abortion so as not to risk alienating Murkowski and Collins, as well as American voters ahead of the midterms.

But the Supreme Court fight is likely to push abortion rights to the forefront of this year’s elections, and Planned Parenthood expects it to be a galvanizing issue for the progressive base.

“Attacks on women’s rights are the No. 1 issue that is motivating folks to march, to call their elected officials and to take political action,” said Kevin Griffis, a spokesman for Planned Parenthood Action Fund. “With women’s most fundamental right on the line, voters and our 11 million supporters around the country are going to be even more motivated to elect candidates who will protect access to reproductive health care and rights.”