Priti Patel says she 'would not take the knee' for BLM

Priti Patel was asked during her appearance on LBC this morning whether she would take a knee like many other celebrities and political figures in support of the Black Lives Matter movement. The Home Secretary used the question to blast the BLM protests last summer which saw statues vandalised and Edward Colston’s statue thrown in Bristol harbour. She called the protests “dreadful” and has previously condemned the movement for its attack on the UK.

She told Nick Ferrari on LBC: “Last summer was quite a moment with all the protest that we saw taking place.

“We saw policing as well as coming under a great deal of pressure from some of the protest. I don’t support protest and I also did not support the protests that were associated…”

Interrupted, she sought to clarify that she was not criticising the right to protest but rather the “dreadful” action last year.

Asked if she would take a knee, Ms Patel said: “No, I would not. I would not have at the time either.

“There are other ways in which people can express their opinions. Protesting in the way in which people did last summer was not the right way at all.”
Asked if she agrees with the gesture more generally, she replied: “No.” 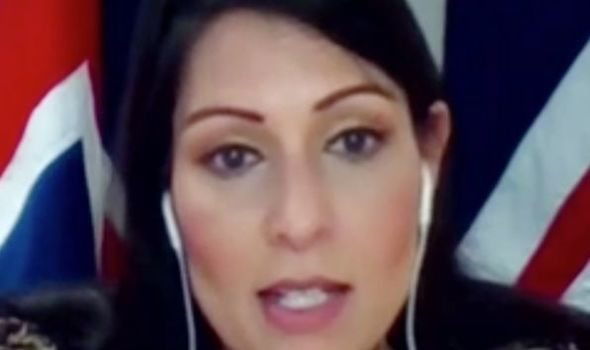