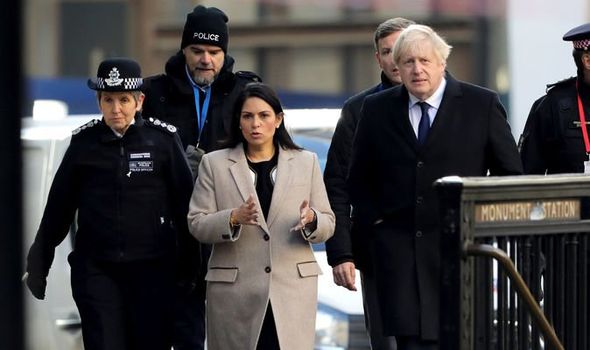 Independent standard’s adviser Sir Alex Allan has quit his post after Boris Johnson stood by his Home Secretary, despite being found to have broken the standards code that all Ministers are meant to abide by. A report to into Ms Patel’s conduct carried out by Sir Alex said: “Her approach on occasions has amounted to behaviour that can be described as bullying in terms of the impact felt by individuals.”

However, while accepting the findings, Mr Johnson said he did not believe Ms Patel’s conduct amounted to a breach of the code, contradicting his senior adviser.

Following the Prime Minister’s decision to keep the Home Secretary in post, Sir Alex released a statement saying: “I recognise that it is for the Prime Minister to make a judgement on whether actions by a Minister amount to a breach of the Ministerial Code.

“But I feel that it is right that I should now resign from my position as the Prime Minister’s independent adviser on the Code.”

It is understood a furious row broke out in No10 about how Mr Johnson was going to respond to the findings of Sir Alex’s report, and whether Ms Patel should apologise for her behaviour.

Following the release of the investigation this morning, the Home Secretary has now said “sorry”.

She said: “I am sorry that my behaviour in the past has upset people. It has never been my intention to cause upset to anyone. I am very grateful for the hard work of thousands of civil servants who help to deliver the Government’s agenda.”