Baroness Boothroyd, 91, had faced the official probe despite recovering from heart surgery. The crossbench peer, the only woman to have held the Speaker role, is excused for now. But she must still go on the first possible course, said Commissioner for Standards Lucy Scott-Moncrieff.

Senior Tories have branded the compulsory Valuing Everyone course, said to have cost £750,000, expensive, patronising and a “farce”.

One session involved the hypothetical case of a peer approaching a young girl in the library in a “lecherous manner”.

Lord Hamilton said peers were told it was inappropriate to call a female over 14 a girl, comment on a hairdo or tell someone they liked their dress.

He said the training was a “complete expensive farce and we should never have embarked on it in the beginning”. 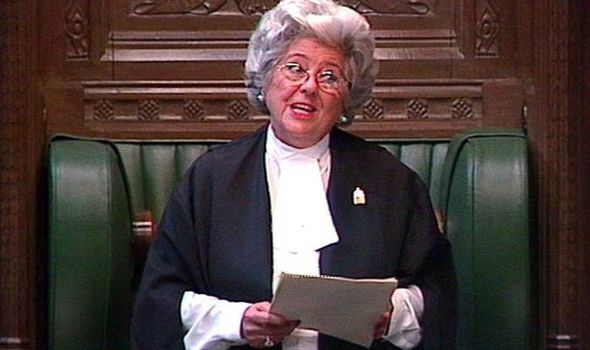 Ms Scott-Moncrieff found 47 other peers – including former Cabinet minister Lord Heseltine and author Lord Archer – had breached Parliament’s code of conduct by not having the training by April 1.

They have all since taken part in the course or have agreed to, but four more peers remain under investigation for refusing.

Ms Scott-Moncrieff said the training was designed to make sure everyone in Parliament can “recognise bullying, harassment and sexual misconduct and feels confident taking action to tackle and prevent it”.