Progressives like Rep. Alexandria Ocasio-Cortez, D-N.Y., are calling for Americans to receive $2,000 coronavirus stimulus checks (as opposed to $1,400 checks) while Sen. Bernie Sanders, I-Vt., is blasting the idea of narrowing the income requirement for check recipients.

Ocasio-Cortez criticized her fellow lawmakers who are referring to $2,000 checks by adding together the $600-per-person sent out under former President Donald Trump and President Biden's $1,400-per-person proposal.

Sanders, the new chairman of the Senate Budget Committee, didn't push back against Biden's $1,400 check proposal but did insist that individuals making $75,000 and under remain eligible for assistance during an appearance on "State of the Union."

"To say to a worker in Vermont or California or anyplace else that if you're making $52,000 a year, you are too rich to get this help, the full benefit, I think that that's absurd, and it's also, from a political point of view, a little bit absurd that you would have, under Trump, these folks getting the benefit, but under Biden, who is fighting hard for the working class of this country, they would not get that full benefit," Sanders continued.

Biden is reportedly open to compromising on the structure of stimulus checks in his proposed $1.9 trillion coronavirus relief package. He told House Democrats on Wednesday that he is open to modifying the adjusted gross income thresholds for an additional round of direct payments – but he is holding steadfast to the $1,400 check amounts, according to Politico. 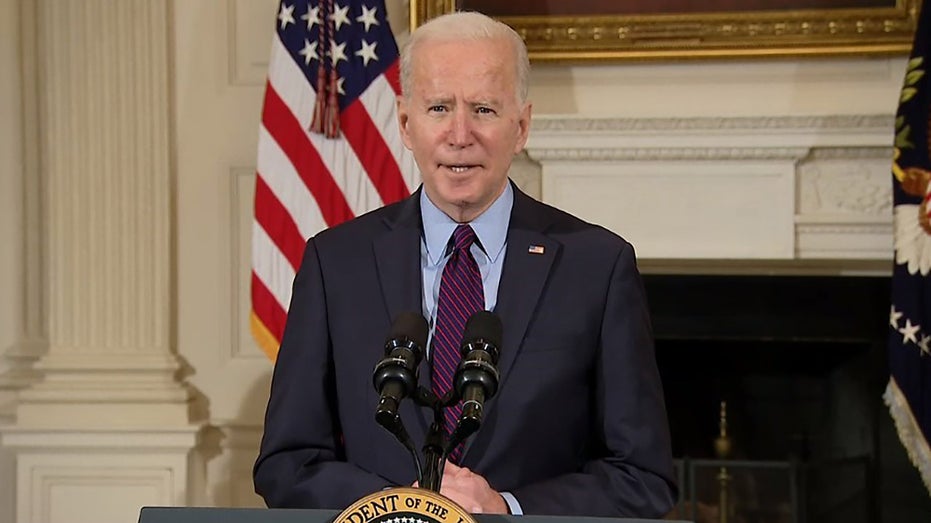 In a $600 billion counterproposal, Republicans offered up $1,000 payments targeted to low-income households.

"I think the checks should be $2,000. And they should be monthly. RT if you agree," Rep. Tim Ryan, D-Ohio, wrote on Twitter on Saturday. His post received nearly 30,000 retweets.