Home » Politics » Pubs passports ruled out ‘until all adults are vaccinated’

Communities Secretary Robert Jenrick insisted that any such plan might not be possible until everyone in the country had been offered the coronavirus jab. And he said that ethical and practical concerns will be considered before deciding whether they should be introduced in the longer term. But he warned that the use of vaccine passports internationally could be out of the Government’s hands. He said: “We are considering a whole range of things and doing that very carefully.

“We are looking into the practical issues, the ethical concerns, and we are being guided by the best medical and scientific opinion.”

There was a furious reaction from publicans and Tory MPs when Boris Johnson floated the idea of landlords being given powers to bar unvaccinated drinkers.

One option under consideration would see the existing NHS smartphone app being used as a Covid “status certificate”, with a code providing a link to details of jabs and tests and a photo of the holder to prevent certificates being shared.

The Prime Minister has suggested that passports could also be granted to anyone who has developed antibodies after recovering from Covid – or those with a recent negative test for the disease. But a test showing the all-clear might only give access to venues for as little as 24 hours.

Asked about Tory objections on Times Radio, Mr Jenrick added: “I completely understand the reservations that many people have in Parliament and across the country.

“We’re taking time to consider this issue carefully. It is a complex issue. 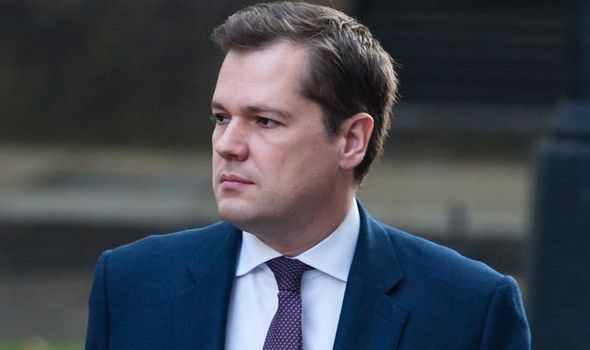 “There are two angles to it. Of course on the international stage, vaccine certification is not entirely within our control. And if our citizens want to travel abroad, we’ll need to ensure that they are able to do so. Domestically, there are a range of issues we need to work through, that work is now happening and it will be reporting back later.

“But if we do go down that route, we do not anticipate it being in the near term.”

Mr Jenrick also insisted that the Government has absolute confidence in UK vaccine supplies, with all adults on track to receive a first dose by the end of July.

Despite the unresolved row with Europe over vaccine exports, he told Good Morning Britain that ministers are certain the NHS will meet “our mid-April target of vaccinating all the over-50s and those people with clinical vulnerabilities…and the bigger target – which is that every adult at least has had their first jab by the end of July.

“Of course, anyone who has an appointment for a jab, either their first one or second one, there is no need to worry.

“Those appointments will be honoured.”