Siegel: Omicron spread would be slowed quicker with vaccines and boosters

Tuesday’s Senate hearing on COVID may have been intended to clear up the confusion and frustration most people feel. But, if anything, it ended up further confusing many Americans.

It was disturbing enough to hear that the rapid home tests many people are looking for are still stuck in warehouses. And that Centers for Disease Control and Prevention director Dr. Rochelle Walensky, an expert infectious disease and public health specialist, still wasn’t able to fully clarify the issue of who should be isolated and for how long. But there was also an all out verbal brawl between Senator Rand Paul and Dr. Anthony Fauci, head of the National Institute of Allergy and Infectious Diseases. 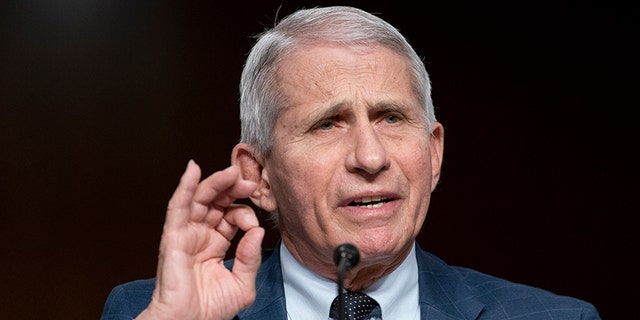 Dr. Anthony Fauci, director of the National Institute of Allergy and Infectious Diseases and chief medical adviser to the president, testifies before a Senate Health, Education, Labor, and Pensions Committee hearing to examine the federal response to COVID-19 and new emerging variants, Tuesday, Jan. 11, 2022 on Capitol Hill in Washington. (Greg Nash/Pool via AP)
((Greg Nash/Pool via AP))

Tuesday’s debacle involving Sen. Paul and Dr. Fauci struck me as more emblematic of a state of disarray in our society than any of their previous arguments during a Senate hearing. For one thing, Dr. Fauci linked the story of a lunatic who was reportedly en route to Washington, D.C. with an AR-15 before being apprehended, with the derision and accusations he was enduring from Sen. Paul. Earlier, after answering questions from Senator Roger Marshall, who is also a physician, Dr. Fauci was heard calling the senator a “moron.” That contributed to a lowering of the discourse.

It all made the whole thing personal for viewers, and it was difficult not to reflect that, for all his flaws, Dr. Fauci remains a superb immunologist and vaccinologist who understands SARS COV 2 deeply. Though his public health decisions regarding lockdowns, masks, and other strategies have been rightly questioned. I have interviewed Dr. Fauci many times and have always found him to be thoughtful, sincere, respectful, and kind. He deserves kindness and respect in return. 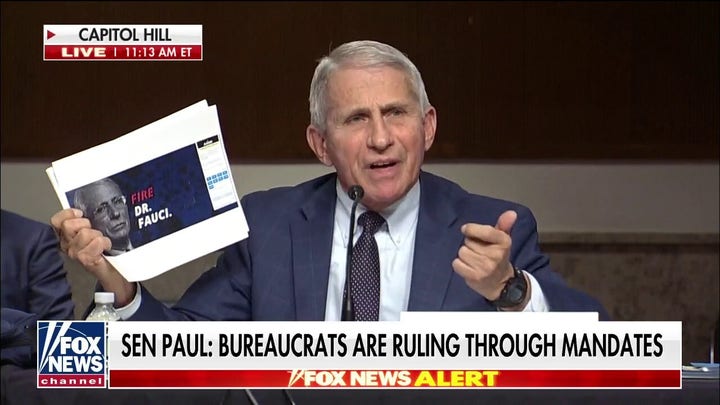 On the other hand, the point Senator Paul (who is an accomplished ophthalmologist and Emergency Room physician himself) raised about NIH leaders possibly trying to suppress experimental or “fringe” treatments early in the pandemic is worthy of consideration. Sometimes today’s fringe treatments are tomorrow’s cures. And hydroxychloroquine, for one, was overly politicized and studied too late in the clinical course at a time when we had little else to offer patients.

Of course, it is also true that excess fascination with an unproven and potentially harmful treatment as appears to be the case with Ivermectin, for example, can do more harm than good. And promoting it may therefore violate the Hippocratic oath. Despite that, I’m against suppression of inquiry and against censorship of any kind. 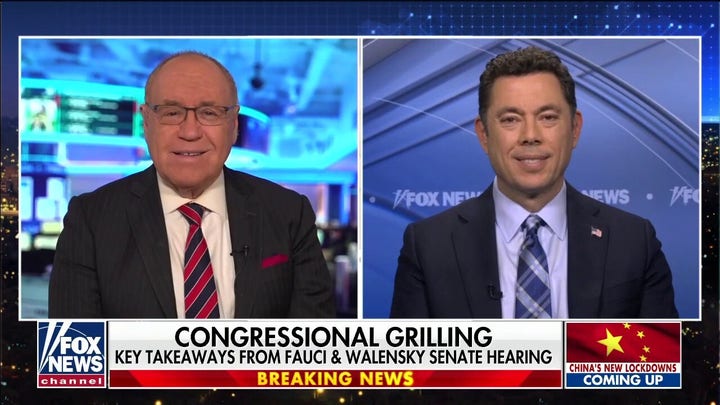 Dr. Fauci discussed the elaborate process involved with drug development including for Pfizer’s Paxlovid and Merck’s Mulnupiravir, but I couldn’t help but think that all the bureaucratic slowdown kept the needed drugs from the real world. There’s also the failure of the Biden administration to take a chance and pay for the treatments in advance to get the ball rolling so that production was already geared up at the time of approval, similar to the way the Trump administration acted for the vaccines.

The Biden administration’s massive failure here was the elephant in the room. Paxlovid was already well studied and appears to be extremely effective when given early. So, too, are the monoclonal antibodies, especially Sotrovimab for the Omicron variant. We lack some of the main tools we need to exit the pandemic. 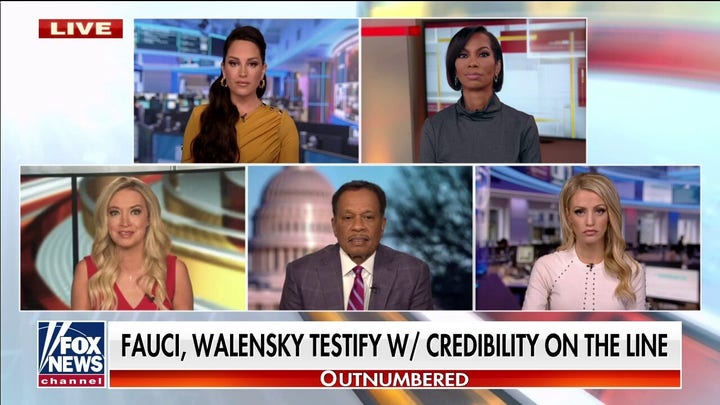 The Biden administration has been a one trick pony with the one tool it was given: the vaccine. Dr. Fauci made the point yesterday that the vaccine, especially when boosted, has greatly decreased risk infection, hospitalization, and death – though the first is clearly less true with Omicron. This doesn’t mean we shouldn’t take it.

Everyone should have as much immunity against this tricky virus as possible, whether its from maximized vaccine or prior infection. It would behoove the Biden team to focus on new vaccines in development while recognizing the immunity from prior infection as important. At the same time, they should embrace the notion that the massive outbreak will soon decline because Omicron will burn out as it did in South Africa and appears to be in the UK.

Biden, for his part, should offer hope rather than stoking the flames of fear.