Dr. Anthony Fauci escalated his spat with some lawmakers over the nation’s COVID-19 response by claiming they oppose “science.”

Fauci has served as the face of the government’s pandemic response, putting him at odds with lawmakers who remain critical of that response. Sen. Rand Paul, R-Kt., has frequently sparred with Fauci over various statements and policies the president’s chief medical adviser has made or endorsed.

Most recently, Rand blasted Fauci for “obfuscating the truth” about the National Institute of Health funding gain-of-function research after the organization admitted in a letter to House Oversight Committee ranking member James Comer, R-Ky., that a “limited experiment” was indeed conducted.

Fauci, during an interview with “Face the Nation,” dismissed opposition by such lawmakers as “noise,” saying they’re “really criticizing science.”

“Anybody who’s looking at this carefully, realizes that there’s a distinct anti-science flavor to this, so if they get up and criticize science, nobody’s going to know what they’re talking about,” Fauci said. “But if they get up and really aim their bullets at Tony Fauci, well people can recognize that there’s a person there, so it’s easy to criticize, but they’re really criticizing science because I represent science.”

Paul took to Twitter Sunday morning to respond to Fauci’s claims, calling it “absolute hubris” for Fauci to declare he represents science.

“It’s astounding and alarming that a public health bureaucrat would even think to claim such a thing, especially one who has worked so hard to ignore the science of natural immunity,” Rand wrote. 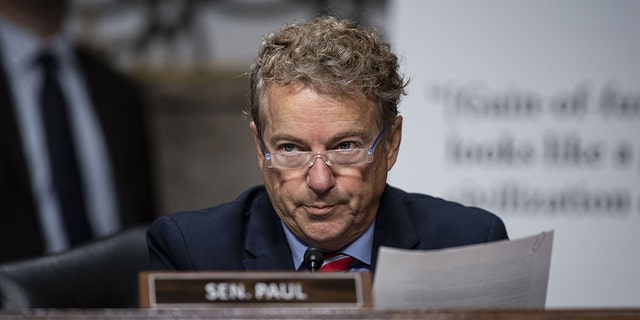 Fauci also dismissed a suggestion from Sen. Ted Cruz, R-Texas, that he should be prosecuted by the attorney general over his comments about the gain of function research. Cruz tweeted that “It’s a crime to knowingly lie to Congress, so I asked AG Garland if he’d appoint a special prosecutor to investigate Fauci.”

Fauci laughed at the suggestion, asked “What happened on January 6th, senator?” and claimed “you’d have to be asleep” not to believe that Republicans are trying to “scapegoat” him.