Home » Politics » Rape convictions rates are ‘disgracefully low’ and there is a ‘problem’ with violence against women, Policing Minister Kit Malthouse admits

Rape conviction rates are “disgracefully low”, Policing Minister Kit Malthouse has admitted, as he acknowledged that “there is a problem” with violence against women and girls.

The policing minister also admitted that “too many feel unsafe in the public realm” and said the government has “apologised profoundly” for the drop in rape convictions. Asked if he accepts that there is a problem in the UK with violence against women, Mr Malthouse said: “Oh yes, I think we all accept that.”

He added that this is why the government published a violence against women strategy in the summer.

Mr Malthouse told Sky News that since he has been policing minister the government has “done a lot of work in this area”, adding: “I have been leading the work in the government on the regrettably, disgracefully low conviction rates that we have around rape and sexual assault.”

The policing minister said while there has been “a lot of work that is ongoing” on reducing violence against women, “we still have a problem in this country”.

He added that this has been encapsulated in the response to the murder of Sarah Everard. Mr Raab – who is also the deputy prime minister following last month’s cabinet reshuffle – is expected to say that the government ” will transform the way the justice system treats violence against women”.

It is believed the justice secretary will announce that the Victims’ Code, which focuses on victims’ rights and sets out the minimum standard that organisations must provide to victims of crime, will be enshrined in law.

He is also expected to add that his “number one priority” is “making our communities safer, so that women can walk home at night, without having to look over their shoulder”.

Meanwhile, Ms Patel will pledge to “redouble” her efforts to make women feel safer and to “ensure perpetrators feel the full force of the law”. 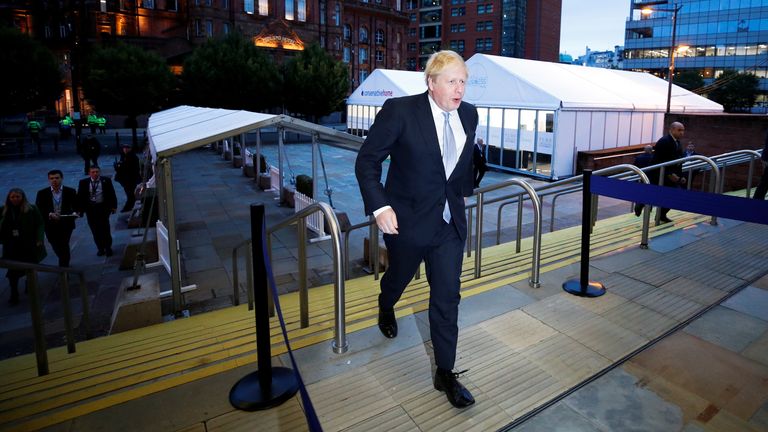 Speaking to Sky News on Tuesday morning, Mr Malthouse admitted the government “have to respond” to the response to cases including that of Sarah Everard.

“The fact that there are too many women and girls out there who just feel unsafe in the public realm does demand that we constantly increase and reinforce our efforts to make sure that they and everybody else feel safe,” the policing minister added.

The government “are very focussed on this issue”, he said, pledging to try and drive rape and sexual assault conviction rates up.

Prime Minister Boris Johnson also stressed that reducing the rates of violence against women and girls “is my number one issue” when speaking on BBC Breakfast.

Mr Malthouse also told Sky News that Insulate Britain protestors have “crossed the line” of peaceful protest after video footage was released showing a paramedic removing an individual from the middle of the road.

Describing the footage as “deeply distressing”, the policing minister said something “does” need to be done about the situation.

“While we obviously all value the right to protest, there is a difference between causing disruption and causing damage,” he said.

“We believe that these protesters and some of the others that we have seen in the last couple of years have crossed the line between exercising their right but also their responsibility towards the rest of us and something needs to be done.”

Mr Malthouse added that the government will be “announcing a raft of new measures” to curb protests such as this later on Tuesday.

Mr Raab will be making his conference speech at 9.50 with Ms Patel’s following at 11.50.