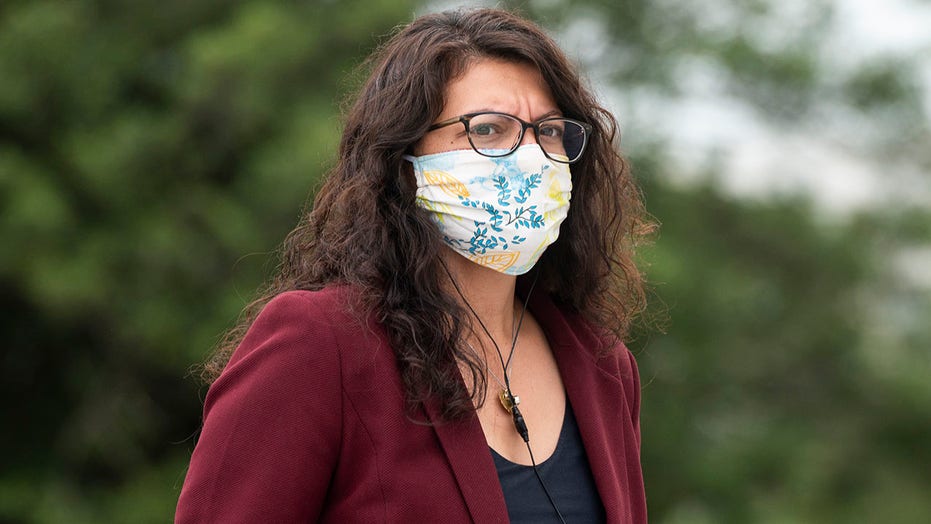 A controversial Palestinian American activist linked to anti-Semitic social media posts praised a “great successful fundraiser” with Rep. Rashida Tlaib, D-Mich., earlier this year — years after she appeared to distance herself from him over his claims.

The revelation comes shortly after Tlaib made headlines Tuesday by confronting the president on a Detroit tarmac and as she’s repeatedly criticized his administration’s handling of the ongoing crisis between Israel and Hamas militants in the Gaza Strip.

Tlaib, a member of the so-called “Squad” of progressives in Congress, was advertised to deliver “a special message” of “solidarity.”

Maher Abdel-qader, a Palestinian American activist who has in the past shared anti-Semitic content to social media, posted in March to his Instagram about the progressive event, which took place over Zoom.

He had been a donor and fundraiser for Tlaib’s successful 2018 campaign – but reports about his social media activities drew scrutiny and criticism.

In one case, he shared a now-deleted video to Facebook that claimed “satanic” Jews secretly control the media and have exaggerated the Holocaust’s death toll. In other posts, which remain visible, he’s called Israel an “apartheid” state and claimed “European Jews” trace their roots back to Georgia or Ukraine and don’t belong in the Middle East. 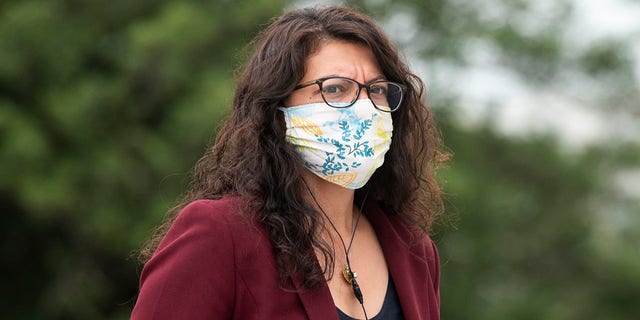 Tlaib, whose office did not respond to Fox News requests for comment for this story, told the New York Times in 2019 that it was “unfair to be held responsible for the statements of others, especially when my actions — including votes as a Michigan legislator and leading the Take On Hate campaign — make clear that I oppose all forms of hate and condemn those who dehumanize others.”

On Twitter Monday, she referred to Israel’s Prime Minister Benjamin Netanyahu as “Apartheid-in-chief Netanyahu” and accused him of committing “war crimes.”

Then she confronted President Biden on a tarmac in Detroit Tuesday shortly after the commander-in-chief arrived there. The two spoke for almost 10 minutes but declined to reveal what their tense chat had covered. Later in the day, Biden praised Tlaib at an event in Dearborn.

Abdel-qader’s post on March 28, 2021, listed Tlaib as a keynote speaker at an event that solicited donations between $100 and $5,000 for Sam Rasoul, a Palestinian American hoping to become Virginia’s next lieutenant governor.

Two weeks prior to the event, on March 7, Abdel-qader shared an image to Instagram comparing Israel to Nazi Germany.

The drawing was titled “Israel’s vision for a Palestinian state” and showed a barbwire-topped wall with machine-gun nests in watchtowers looking in.

“It looks like a modern version of the Warsaw ghetto,” a cartoon man wearing a yarmulke says in a speech bubble.

Abdel-qader has been supportive of Palestinian American political candidates like Tlaib for years. He also donated $1,000 apiece to a progressive super PAC, Act Blue, and Minnesota Rep. Ilhan Omar, another “Squad” member in 2020, according to Federal Election Commission records. 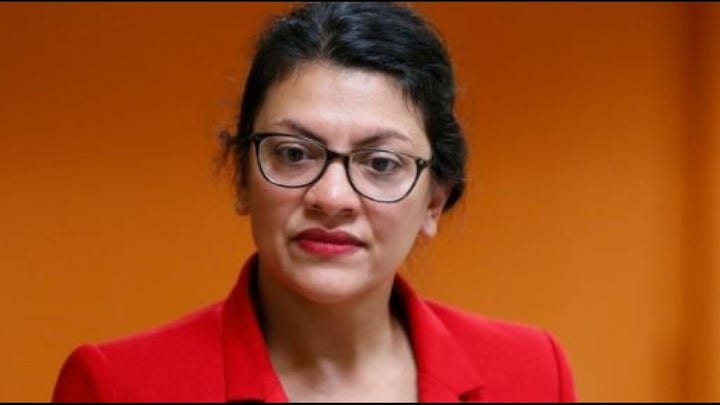 Tlaib, Omar, and “Squad”-mate Rep. Cori Bush, D-Missouri, have repeatedly described Israel as an “apartheid state” and accused its leaders of allowing the slaughter of civilians. They also criticized the Biden administration for its stance on Israel’s right to self-defense as the terror group Hamas rained down hundreds of rockets in the past week.

After the Daily Caller broke the news of Abdel-qader’s anti-Semitic posts in 2019, he told the outlet he had “great respect for the religion and the Jewish people.”

“What I said, Many Jews living now in the Middle East are the descendants of the great Jewish Khazar Empire in Europe,” he told the conservative news site. “I stand against Israeli and Zionist brutal occupation and in-humane treatment of Palestinians.  I am for justice for all in the Middle East.”