Home » Politics » Rees-Mogg defends Boris: Lockdown rules may have been ‘too hard’ to obey 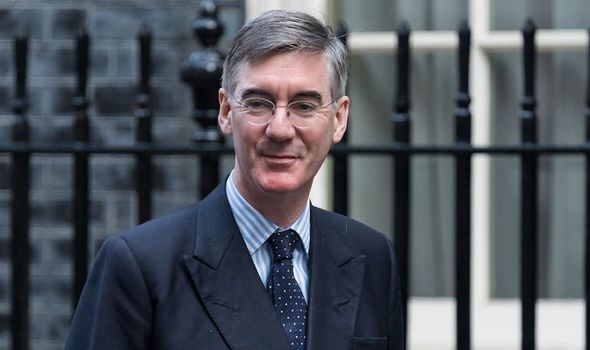 The Commons Leader said people up and down the country had struggled to keep in line with Government decisions taken early in the pandemic.

Mr Rees-Mogg made clear his scepticism about aspects of the Government’s Covid response as MPs continued to clash over the claims of a rule-breaking gathering in Downing Street at the height of the pandemic.

Number 10 officials yesterday indicated the Prime Minister, who earlier this week apologised for the upset caused by the reports, will keep a low profile until an official report into the allegations is published.

Mr Johnson yesterday cancelled a visit to a vaccine centre. A Downing Street spokesman said: “The Prime Minister will no longer be visiting Lancashire due to a family member testing positive for coronavirus. He will follow the guidance for vaccinated close contacts, including daily testing and limiting contact with others.”

The spokesman said Mr Johnson would follow advice to limit contacts “up to and including Tuesday”.

MPs expect civil servant Sue Gray to release the findings of her Cabinet Office probe into accusations of parties at No 10 next week.

At business questions in the Commons, Mr Rees-Mogg faced fresh anger from Labour.

The Commons Leader signalled his doubts about the harshness of the curbs imposed by the Government.

He said: “I think that everybody understands, on all sides of the House, that people were obeying the rules and that these rules were very hard for people to obey.

“I received a message last night from a friend of mine who was unable to go to the funeral of his two-year-old granddaughter. One cannot hear these stories without grieving for people who suffered. Decisions were taken at the beginning of the pandemic that affected people up and down the country and they were very hard.

“We must consider, as this goes to an inquiry and we look into what happened with Covid, whether all those regulations were proportionate or whether it was too hard on people.

“As we hear of these stories, we inevitably grieve for those who suffered, those who could not visit people they loved – their family – and could not attend funerals.”

At Prime Minister’s Questions on Wednesday, Mr Johnson apologised for attending a staff gathering in the Downing Street garden. He said he believed the event – to which attendees were invited to “bring your own booze” – was for work and claimed it could “technically” have been within the rules.

Cabinet ministers have rallied around him in the face of calls for his resignation from opposition MPs and some senior Tories.

Northern Ireland Secretary Brandon Lewis has urged people to wait for the outcome of the Cabinet Office inquiry before making judgments on the PM’s future.

He said: “The Prime Minister has outlined he doesn’t believe he has done anything outside the rules.”

Speculation about a possible Tory leadership contest intensified at Westminster after Foreign Secretary Liz Truss and Chancellor Rishi Sunak – both tipped as potential candidates to succeed Mr Johnson – waited hours after his apology on Wednesday before confirming their support for him.

She said any matters relating to ministers uncovered in the probe would be dealt with under the ministerial code – of which the Prime Minister is ultimately in charge.

Ms Rayner said: “So is the Prime Minister going to act as the judge and jury even though he’s also the man in the dock?

“Or will his Conservative colleagues find their integrity and finally act as executioners to his premiership?”

Ms Rayner has written to every Cabinet minister asking them to come clean about any gatherings they attended during lockdown.