Home » Politics » Rep. Van Drew: 'Absurd' for Dems to say he shouldn't be seated in House for backing election lawsuit 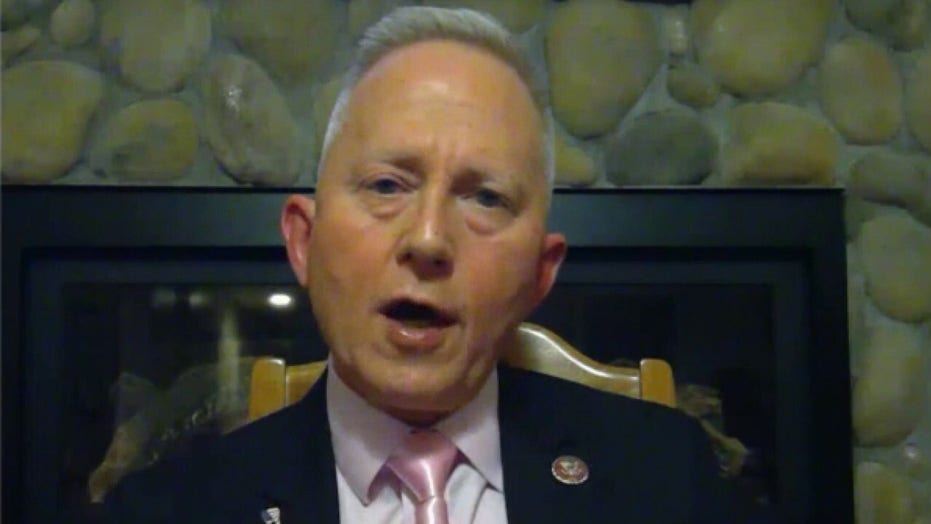 Democrats call for officials to not seat Rep. Van Drew

Rep. Jeff Van Drew explains why Democrats are calling for the lawmaker to not be seated in Congress.

Democrats who are calling for the removal of their colleagues for supporting President Trump's election fight are making an "absurd" argument, Rep. Jeff Van Drew, R-N.J., said Tuesday.

Van Drew said “regardless of the issue” pertaining to Trump, there needs to be an assurance of the “highest level of integrity in the U.S. election.”

“Quite frankly, we haven’t and we have been retrogressing. Years ago, we were actually doing better with elections than we are now,” Van Drew said.

The letter calls out the 126 Republicans who joined the president's lawsuit, which was headed to the U.S. Supreme Court. On Friday, the court rejected that case.

"The courageous Reconstruction Congress implanted into our governing document safeguards to cleanse from our government ranks any traitors and others who would seek to destroy the Union," he said.

The 12-term legislator went on to quote the 14th Amendment, which blocks individuals from serving in office if they engaged in an "insurrection or rebellion."

"I call on you to exercise the power of your offices to evaluate steps you can take to address these constitutional violations this Congress and, if possible, refuse to seat in the 117th Congress any Members-elect seeking to make Donald Trump an unelected dictator," he said.

The 126 members who backed the lawsuit make up roughly two-thirds of Republicans in the House.

Van Drew said the “important issue is that certain states changed their election laws and the way they went about voting in a very serious and significant way, without the legislature meeting and voting on it.”

“That is unconstitutional, it is not legal, I believe in the rule of law, they absolutely should have had a meeting of those folks obviously that are in the legislature and that is what this suit is all about and that is what this concern is about,” Van Drew said, adding he did not agree with the Supreme Court's rejection of the challenge.

"The notion that after the people voted for me that I couldn’t sit in the House of Representatives, that you would literally disenfranchise my voters in my district, is an absurd notion.”