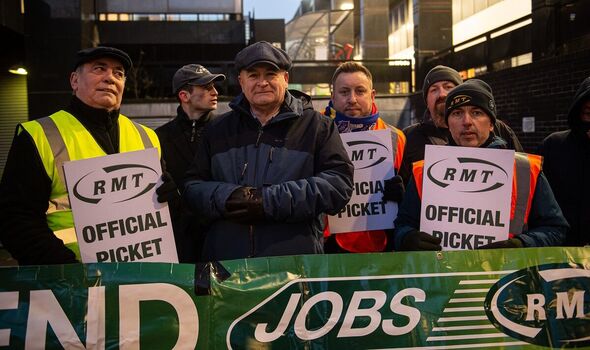 Members of the Transport Salaried Staffs Association (TSSA) at Network Rail backed a deal by 85 percent in a ballot. The RMT remains in dispute with Network Rail after its members rejected an offer earlier this week.

TSSA organising director Luke Chester said: “This is a decisive result, with our members roundly endorsing this offer. It’s great news and a great deal for our members in Network Rail.

“It just shows what can be done through negotiations when there’s a serious offer on the table.

“Let me be clear though – this has only come about because our members stood together, taking strike action to get a fair settlement when the company had failed to listen.

“Their dogged determination and some hard negotiations won this improved offer.

“The result is a fair pay settlement amounting to at least a nine percent increase for this year and next – at least 11 percent for those on lower salaries – plus job security and the nailing down of our terms and conditions.

“This could and should have been done months ago, but we are pleased with the result.”

The deal includes a no compulsory redundancy agreement until January 31 2025 and a backdated minimum pay rise of at least £1,750 or five percent.

“We know there is a sizeable number of RMT members who want this deal and we can see that strike action is beginning to break down.

“Thousands of colleagues have refused to strike this week, instead coming in to work to keep services running and Britain moving. It is time the RMT executive put their members’ interests first and end this dispute.

“Their needless strike action is sabotaging the railway and will cost our employees, their members, dearly.”