The House Jan. 6 select committee issued five more subpoenas Monday related to its ongoing investigation into the riot at the U.S. Capitol.

“The Select Committee is seeking information about the rallies and subsequent march to the Capitol that escalated into a violent mob attacking the Capitol and threatening our democracy,” said Rep. Bennie G. Thompson, D-Miss., the panel’s chairman, in a statement.

“We need to know who organized, planned, paid for, and received funds related to those events, as well as what communications organizers had with officials in the White House and Congress. We believe the witnesses we subpoenaed today have relevant information and we expect them to cooperate fully with our effort to get answers for the American people about the violence of January 6th.” 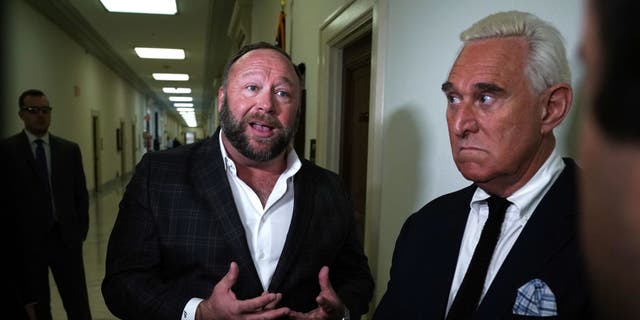 The committee alleged in a press release that Stone was in Washington, D.C., on Jan. 5 and Jan. 6, and “was slated” to speak at the rally on the Ellipse preceding the Capitol breach. It also said he “solicited support to pay for security through the website stopthesteal.org.”

Stone also allegedly remarked that he planned to “lead a march to the Capitol” from the Ellipse, the Jan. 6 panel said.

“I have said time and time again that I had no advance knowledge of the events that took place at the Capitol on that day,” Stone said in a statement on his website. “Any statement, claim, insinuation, or report alleging, or even implying, that I had any involvement in or knowledge, whether advance or contemporaneous, about the commission of any unlawful acts by any person or group in or around the U.S. Capitol or anywhere in Washington, D.C. on January 6, 2021, is categorically false.” 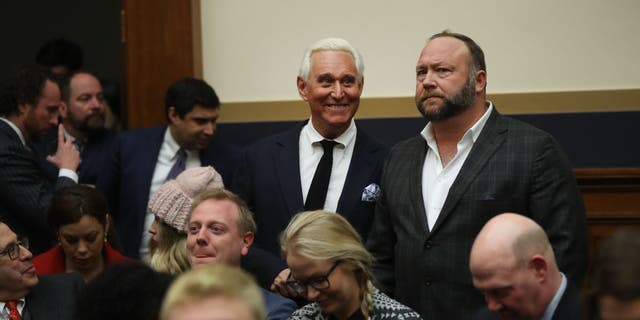 Regarding Jones, the panel said the InfoWars founder helped organize the Jan. 6 rally on the Ellipse, claiming he was told by the White House to lead a march to the Capitol. It also said he “repeatedly promoted unsupported allegations of election fraud.”

Norman Pattis, lawyer for Jones, said “the First Amendment guarantees the right of assembly and the right to petition for redress of grievances. Congress’s attempt to chill ordinary Americans in the exercise of these rights is terrifying,” according to NBC News.

“We will be in touch with Committee staff to determine what our next steps will be,” Pattis added.

Chairman Rep. Bennie Thompson, D-Miss., meets with the select committee on the Jan. 6 attack as they prepare to hold their first hearing Tuesday, on Capitol Hill, in Washington, Monday, July 26, 2021.
(AP Photo/Andrew Harnik)

In addition to Stone and Jones, Taylor Budowich was also subpoenaed. The panel said Budowich “reportedly solicited a 501c(4) organization to conduct a social media and radio advertising campaign encouraging attendance at the January 6th Ellipse rally and advancing unsupported claims about the result of the election.”

Also swept into the latest subpoena wave were Dustin Stockton and his fiancé Jennifer Lawrence, who were also involved in the rallies, according to the panel.

“We aren’t surprised by that the committee issued us subpoenas and have been expecting them. We are concerned that the timing during the week of Thanksgiving, while most normal business is closed, is further demonstration that this committee is not acting in good faith,” Stockton and Lawrence said in a statement.

“In the many months since January 6th we have granted many reporters and outlets extensive on-the-record interviews because we are committed to getting to the truth about what happened,” the couple said. “We remain committed to that transparency and pray for the opportunity to share our experiences to the public without the taint of misinformation that has become customary.”

The subpoenas demanded records and testimony by mid-December.

The subpoenas come three weeks after the committee issued six others to Trump associates, including Michael Flynn, who were allegedly involved in efforts to cast doubt on the results of the 2020 presidential election or overturn it.