FOX Business’ Connell McShane on the reopening of the Reagan Library after being closed for 14 months.

The library and museum were ordered shut on March 13, 2020, by the National Archives and Records Administration because of the outbreak of COVID-19.

"We’re excited to open back up, but this has just been brutal," the library's executive director, John Heubusch, told FOX Business about the more than 14-month closure. "I would say, because of the closure, we’ve had between $10 million-$12 million in lost revenue."

MOVIE THEATERS ARE SLOWLY REOPENING A YEAR AFTER COVID-19 SHUTDOWNS

Heubush says the library is privately funded and was able to stash enough money away to stay afloat.

"We didn’t take a dime of any of the PPP [Paycheck Protection Program] funds," said Heubush, who believes that would have been a point of pride for former President Ronald Reagan. "He believed in smaller government, not larger government, so we survived on our own." 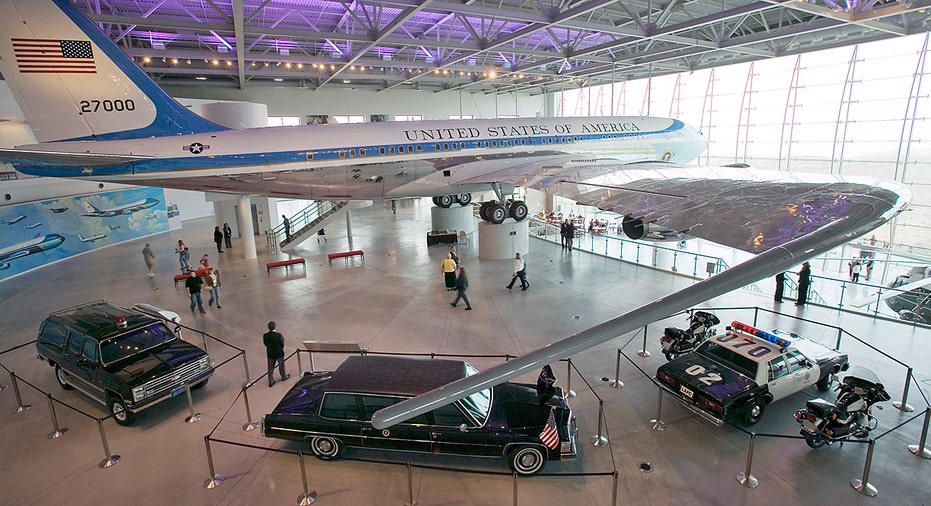 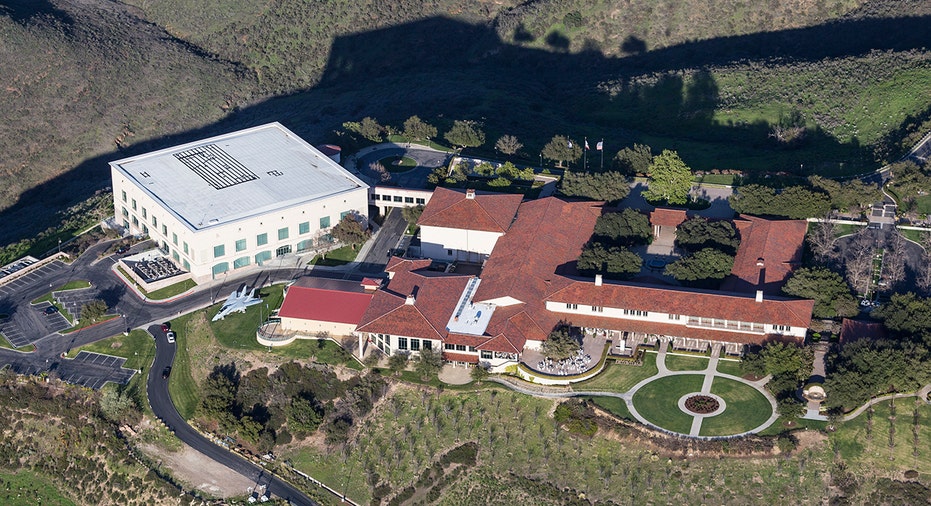 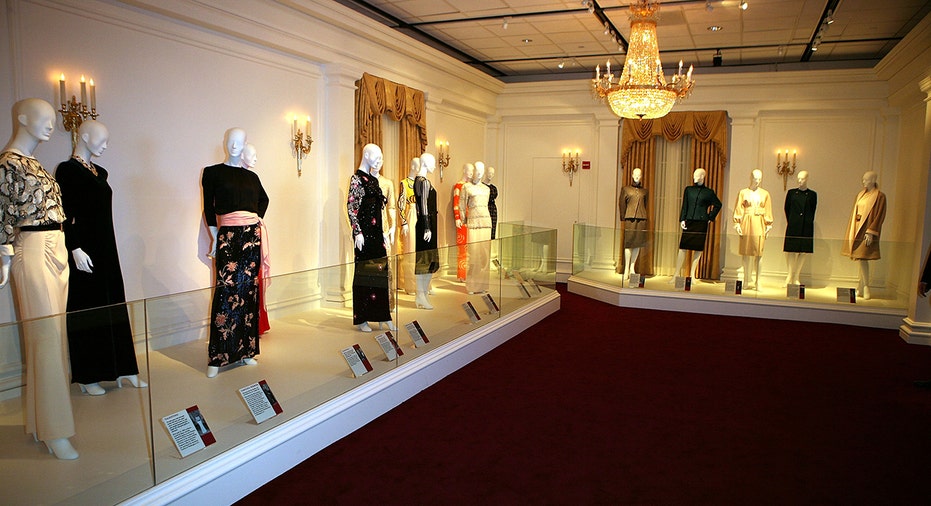 Inside the Air Force One Pavilion at the Ronald Reagan Presidential Library and Museum, Simi Valley, California. (Photo by: Joe Sohm/Visions of America/Universal Images Group via Getty Images)

Heubusch says he thinks Reagan is probably "turning in his grave" over what he describes as the "ridiculous" amount of federal spending coming out of modern-day Washington. As for comparisons to current President Biden, Heubusch says: "You’re not going to to find two more opposite individuals in ideology and philosophy." He added Reagan would likely be frustrated with many others, including some in his own party, over the size of today’s federal government.

Putting today’s political squabbles aside, the visitors who started coming through the doors Wednesday morning were able to enjoy some of the iconic exhibits including Reagan's Air Force One. The Boeing 707 carried the former president on 26 overseas trips during his two terms in the 1980s. Visitors are encouraged to keep a safe distance and there are hand sanitizing stations lining the halls. Masks, however, are not required for the fully vaccinated. 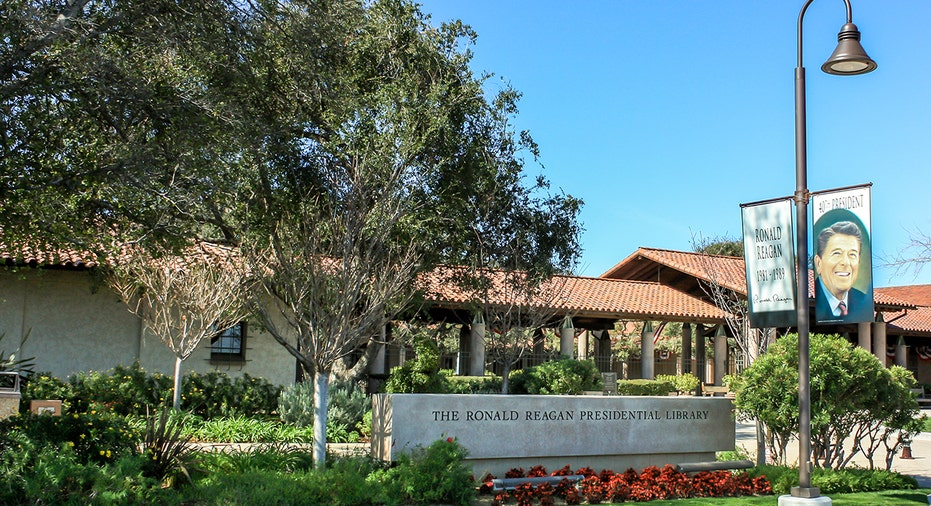 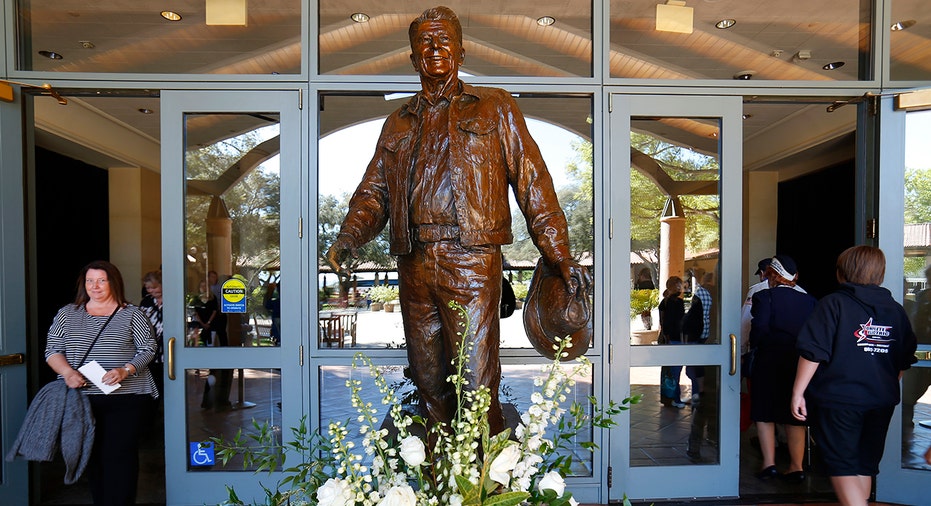 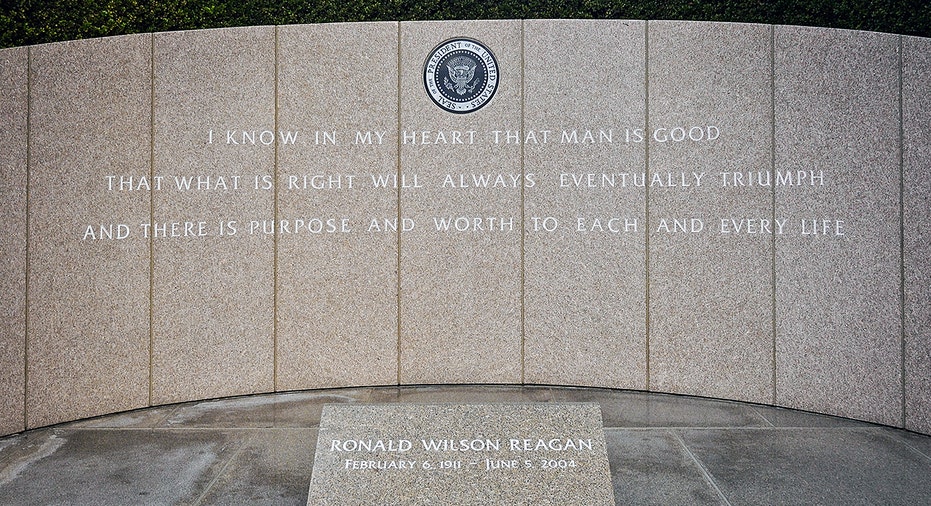 The library has big plans for the coming months. A long list of well-known Republicans has signed up to speak for a speaking series called "Time for Choosing." Former House Speaker Paul Ryan kicks it off, and others on the docket include former Vice President Mike Pence, former Secretary of State Mike Pompeo and former South Carolina governor and U.N. Ambassador Nikki Haley.

Although it’s been painful, especially financially, for the library and museum to be closed for so long, Heubusch said Reagan would very much enjoy a day like this.

"He was a consummate optimist," Heubusch said. "I think he would be hopeful that this pandemic gets behind us sooner rather than later."

On Wednesday in Simi Valley, a big step has been taken in that direction.