Home » Politics » Rooftop Revelations: 'Put your heart into something that's local, then you can bless locally' 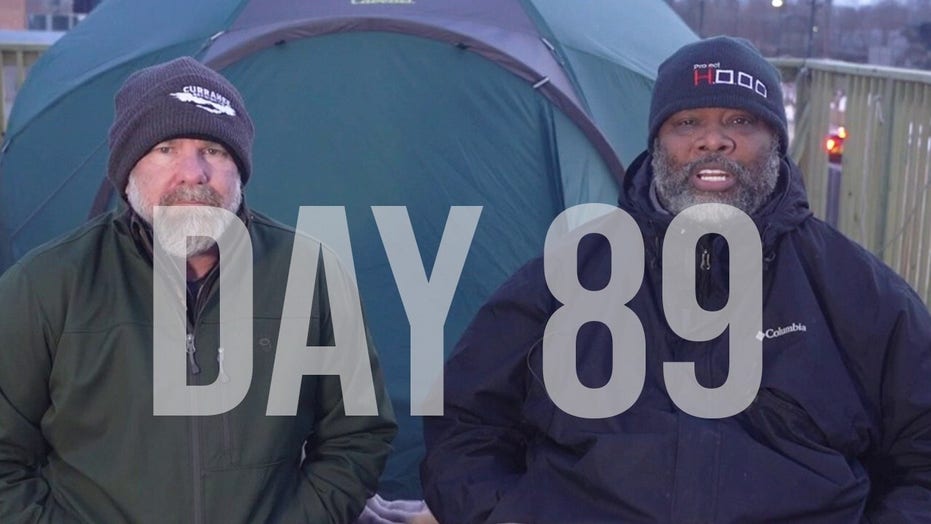 CHICAGO – Americans have a long and commendable history of charitable giving. One of the questions often faced is whether to give to national nonprofits or local ones. There are many great national nonprofits, and we often see their work when natural disasters strike various parts of America. However, there is no denying that many local nonprofits are overshadowed by the branding power that national organizations can afford. That should not be the case.

Many local nonprofits often have lower overhead costs. They often have stronger connections to the communities that they serve because they are of that community. And, better yet, they often have high levels of transparency, allowing the donor to witness the direct impact of their donations.

These were some of the things that Pastor Corey Brooks discussed with Michael Martin, the managing partner of UPSTACK, on the 89th day of his 100-day rooftop vigil to raise funds to build a transformative community center on the South Side of Chicago. Martin is also participating in the Project H.O.O.D. CEO challenge.

The pastor started the conversation by ribbing Martin for coming all the way from the Sunshine State to spend a night on the freezing roof.

“How’s it feel being in this cold weather from Florida?” the pastor asked with a laugh.

“You could be somewhere else, but you’re here on the South Side of Chicago on a rooftop, going to sleep tonight in a tent, in a sleeping bag, in this cold. Why is that?”

“It was on Fox News. And I read about you coming back up here on this roof and I thought, ‘what is that nutty pastor doing again?’ I remembered you from 10 years ago when you did this,” Martin said. “And I went and talked to my wife … and I said, ‘Hey, I think this is something that we could do.’ I knew that my company was about to be sold, and I wanted to bless somewhere. And I just said, ‘I think this is a good organization and, and we should go after it.’”

“Well, thank you, man,” the pastor responded. “There’s a lot of great organizations, but what made you say, ‘You know what, I’m going to help Project H.O.O.D.?’”

“Part of it was the whole challenge of coming up here and not just throwing some money out there,” Martin said. He was excited about “being able to jump in and being involved in something and learning more about the organization and other things that I could do in the future.”

“We talked a little about government and spending and taxation. Why is it important … that organizations like ours are given more as far as time and resources as it relates to giving it to the government?”

“I think a big portion of it is just that things are meant to be local. And when you give into something and you put your heart into something that’s local, then you can bless locally and do more stuff with the local community,” Martin answered. “And so if you spread out things and make it too big, that money just seems to float away into nothing. And even though Chicago’s not local for me, I’m here a lot for business. And I’ve grown to love the city. I think keeping it local and doing it here is the way to go.”

Before Martin made the decision to fly out to Chicago, he researched Project H.O.O.D. thoroughly.

“I didn’t just make the decision and say, ‘Hey, you know, let’s go, just throw them some money,’” Martin said. “We had some good conversations about … just the whole work of Project H.O.O.D., what you already have going on … the impact that’s made in this community and the impact that’s going to happen in the future, based on this community center being built. And it’s awesome, man. It’s just going to be killer.”

“That’s what it’s really all about. Having people from across the world, understand that, as Americans, if we work together, we can make things happen. We can do some important things to help a lot of people,” the pastor said. “And sometimes it’s the stronger parts of America that helps with some of the weaker parts of America.”

Follow along as Fox News checks in Pastor Corey Brooks each day with a new Rooftop Revelation.

Eli Steele is a documentary filmmaker and writer. His latest film is “What Killed Michael Brown?” Twitter: @Hebro_Steele.