Prime minister Mark Rutte said he would not join any gathering with the controversial Russian President. His snub comes as the first high-profile public blow to a proposal by German Chancellor Angela Merkel for EU leaders to hold talks with the Moscow strongman. The concept was backed by French President Emmanuel Macron and is expected to be one of the dominate issue at today’s European Council summit in Brussels.

Arriving at the gathering, Mr Rutte told reporters: “I don’t mind meeting with Vladimir Putin by the two presidents.

“I won’t participate in a meeting with Vladimir Putin, myself, as European Council.”

And in October 2018, the Dutch foreign ministry accused Russian agents of a hack on the headquarters of the Organisation for the Prohibition of Chemical Weapons in the Hague. 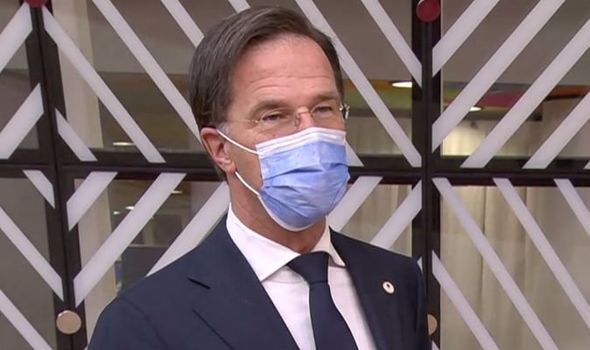