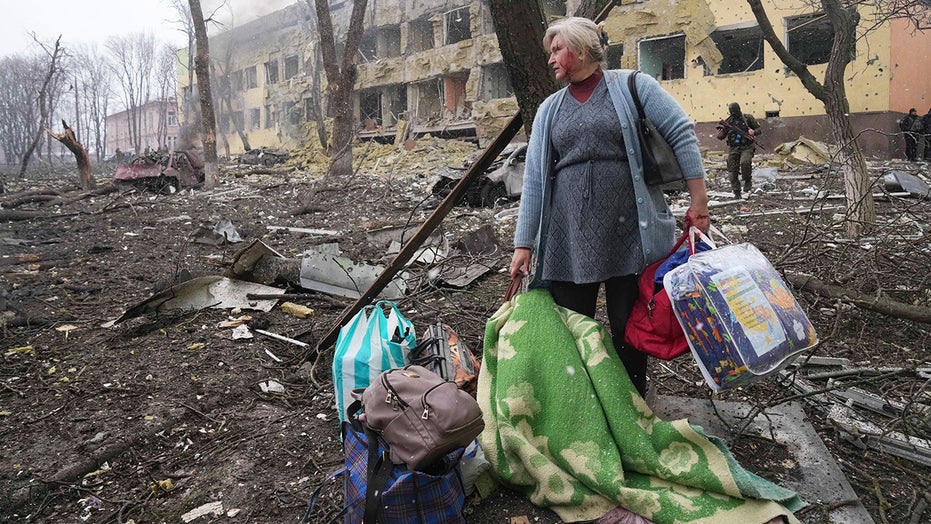 The parliament of Estonia on Monday called for UN member states to “take immediate steps to establish a no-fly zone” over Ukraine to prevent further civilian casualties as Russia’s multi-front war against the country rages on.

Estonia is the first NATO member nation to have a body formally call for the implementation of a no-fly zone amid Russia’s ongoing invasion.

“The Riigikogu (Parliament of Estonia) expresses its support to the defenders and the people of the state of Ukraine in their fight against the Russian Federation that has launched a criminal war, and calls on showing absolute support to Ukraine in its war for maintaining its freedom, sovereignty and territorial integrity,” Estonia’s parliament said in a statement Monday.

Estonia’s parliament said it “underlines” that Russia’s “unprovoked aggression and military activities constitute a crime against peace with no statute of limitations, and that all war crimes that have been committed will have to be punished.”

“The Riigikogu asks the UN member states to take immediate steps to establish a no-fly zone in order to prevent massive civilian casualties in Ukraine,” the body stated. “The Riigikogu urges all national parliaments to adopt statements that call on their governments to support the imposition of additional sanctions against the Russian Federation as well as the Republic of Belarus that participates in the aggression.”

Estonia’s parliament also called for the “immediate imposition of a comprehensive trade embargo on the Russian Federation and the Republic of Belarus, which would restrict the capability of the aggressor states to wage war.”

“The Riigikogu calls on states to close their airspace and ports to the aircraft and ships of the Russian Federation,” the body stated, calling on “members of the Parliamentary Assembly of the Council of Europe to vote for excluding the Russian Federation from the membership of the Council of Europe, and calls on the member states to adopt a relevant decision immediately.”

“The Riigikogu invites the member states to support Ukraine’s official application for the status of a EU candidate state and calls on granting Ukraine a roadmap to membership in NATO,” they wrote.

Ukrainian President Volodymyr Zelenskyy has been pleading with the United States and western allies to implement a no-fly zone over Ukraine.

Biden and NATO have ruled out a no-fly zone over Ukraine, saying that enforcing it would put the U.S. and NATO in direct confrontation with Russia and would expand the conflict.

Ukraine is not a member of NATO, so it is not subject to the Article V provision of the NATO alliance that says when one member country is attacked, all member countries will take action to assist.