Saudi Arabia said Monday that it will not accept blame for any international oil shortages after multiple Saudi facilities were targeted over the weekend by Yemen's Iran-backed Houthi rebels.

The Saudi Press Agency cited an official, unnamed source in the kingdom's Ministry of Foreign Affairs in relaying a statement that the world's largest oil exporter "will not incur any responsibility for any shortage in oil supplies to global markets in light of the attacks." 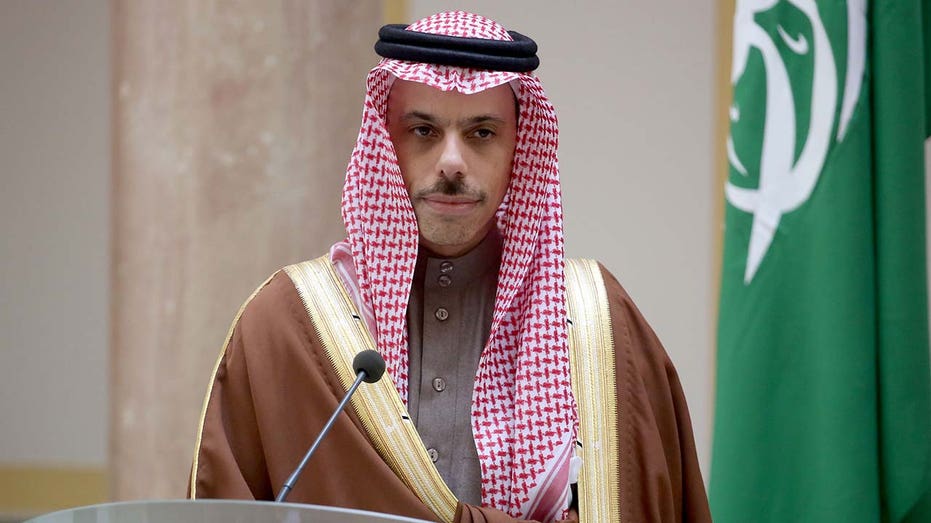 The statement went on to say, "The Kingdom stresses the importance of the international community realizing the gravity of Iran’s continued behavior of equipping the terrorist Houthi militias with the technology of the ballistic missiles, and advanced UAVs with which they target the Kingdom’s production sites of oil, gas and refined products, resulting in serious consequences for upstream and downstream sectors affecting the Kingdom’s production capability and its ability to fulfill its commitments, undermining without a doubt, the security and sustainability of energy supplies to global markets." 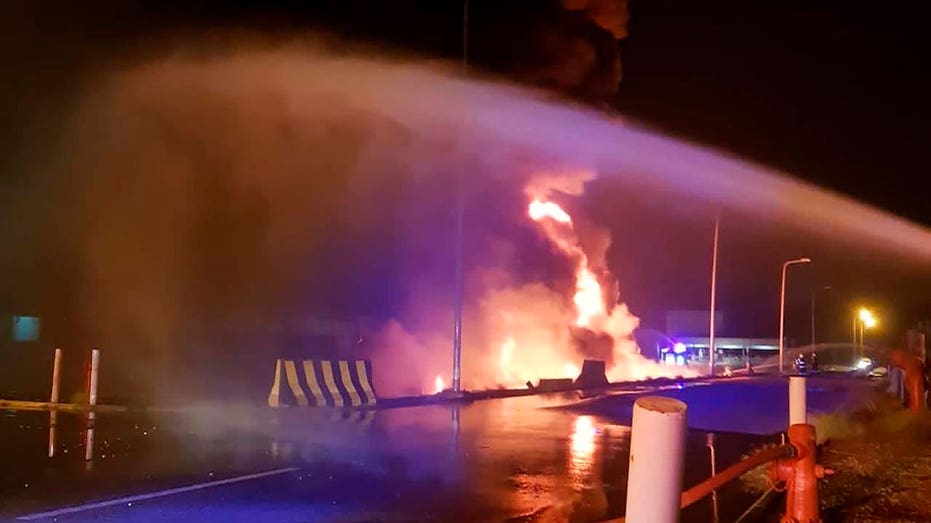 In this photo provided by the Saudi Press Agency, firefighters try to extinguish a blaze at an Aramco terminal in the southern border town of Jizan, Saudi Arabia, early Sunday, March 20, 2022. ((Saudi Press Agency via AP) / AP Newsroom)

The Saudi-led military coalition said that there were no human causalities from the attacks, but that civilian vehicles and homes also sustained damage.

The declaration from the kingdom comes as the world grapples with oil shortages and sky-high gasoline prices that have been surging for more than a year and reached records in the U.S. in recent weeks. Saudi Arabia and other OPEC nations have faced pressure to ramp up production – particularly after prices surged further following Russia's invasion of Ukraine – but have so far refused.

Saudi Arabia's condemnation of Iran, the world's largest supporter of terrorism, also comes as the Biden administration seeks to revive a nuclear deal with Iran that was cut by President Obama in 2015 and ended by President Trump in 2018. A meeting at the headquarters of the Organization of the Petroleum Exporting Countries (OPEC) with OPEC members and non-OPEC members in Vienna, Austria on December 7, 2018. (Photo by JOE KLAMAR / AFP / Getty Images)

White House national security adviser Jake Sullivan condemned Houthi forces in Yemen following the attacks on Saudi facilities on Sunday, and an unnamed senior White House official told the Associated Press the next day that the U.S. has transferred several Patriot antimissile interceptors to Saudi Arabia in recent weeks to help the kingdom fight off air attacks from the Iran-backed militias.