The Foreign Secretary accused the European Union of playing politics by dragging Britain’s scientists into a Brexit row. Ms Truss said she was taking formal action to put an end to the bloc’s behaviour. 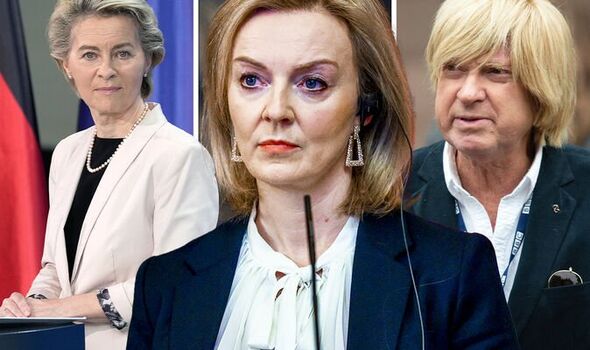 She said: “The EU is in clear breach of our agreement, repeatedly seeking to politicise vital scientific cooperation by refusing to finalise access to these important programmes.”

“We cannot allow this to continue. That is why the UK has now launched formal consultations and will do everything necessary to protect the scientific community.”

Under the terms of the Brexit deal, the UK should have access to a number of key scientific programmes, including Horizon, a research and innovation project.

The government earmarked £15billion for access just to that scheme.

But 18 months on since the terms of the agreement, the EU is still blocking Britain’s involvement.

An EU commissioner earlier this year admitted the UK was being prevented from joining because of tensions over post-Brexit trading arrangements in Northern Ireland. 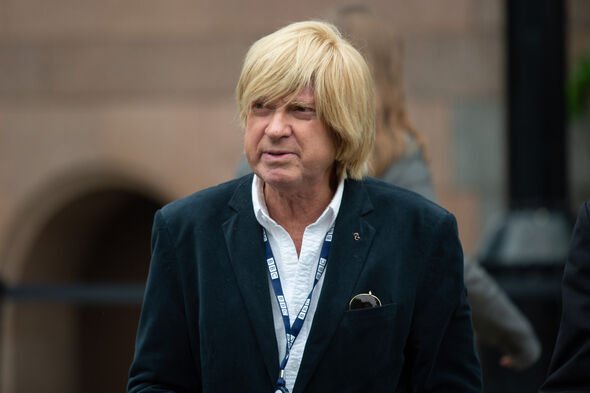 Conservative MP Michael Fabricant said: “The EU fears other members of the EU will leave if they see that exiting the alliance leads to success. They will do all they can to stop that.”

Ex-Brexit Minister Steve Baker said: “I am all in favour of friendly cooperation between ourselves and the EU where it’s in our mutual interests.”

“Neither side should cut their nose off to spite their face. We should get on with moving forward as partners.”

The row has halted access to other programmes, such as Copernicus, the earth observation programme, which provides data on climate change and Euratom, the nuclear research programme, as well as services such as space surveillance and tracking.

The government said Brussels’ refusal to give the UK access to the programmes it promised is causing serious damage to research and development not only in Britain but also across EU member states.

Ms Truss launched the formal dispute proceedings, which is the first legal step in the settlement procedure set out in the Brexit deal.

The Foreign Secretary wants to move to resolve the standoff and allow British participation in the programmes as previously agreed.

Britain’s ambassador to the EU Lindsay Croisdale-Appleby has written to the European Commission encouraging it to abide by its obligations in the deal. 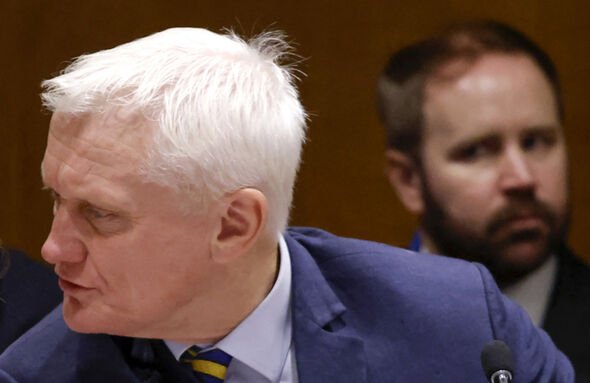 Europe Minister Graham Stuart said: “It is disappointing that the EU has not facilitated UK participation in the agreed scientific programmes, despite extensive UK engagement on the issue. Now more than ever the UK and the EU should be working together to tackle our shared challenges from net zero to global health and energy security.  We look forward to constructive engagement through the formal consultations”.

The government has drawn up contingency plans in case Brussels continues to refuse to sign off UK involvement.

But it called for constructive engagement from the European Commission to resolve the issue.

Under the terms of the process, representatives from both UK and EU will hold talks over the dispute through a partnership council.

If the body cannot secure a solution, an arbitration committee with an independent chairman is used to end the dispute.

That would allow for limited trade tariffs to be imposed if there is found to be a breach of the rules that is causing problems.

Brussels is holding out after the UK threatened to tear up parts of the Brexit agreement to ease tensions it is fuelling in Northern Ireland.

The EU also ramped up its legal proceedings against the UK over its implementation of the protocol.

Northern Ireland’s land border with the EU meant a special protocol was included in the withdrawal agreement.

To keep the Irish border open, the area effectively remains part of the bloc’s single market and some checks are now made on some products arriving from the rest of the UK.

A letter in April to crossbench peer Charles Kinnoull from EU Research Commissioner Mariya Gabriel admitted that Brussels was withholding access in a tit-for-tat row over the trade dispute.

The note said Horizon Europe “is a ‘win-win’ for both sides,” but she said “the current political setting of this relationship should be recalled.”

“There are at present serious difficulties in the implementation of the Withdrawal Agreement and parts of the Trade and Cooperation Agreement between the European Union and the United Kingdom.”

Earlier this month, peers called for the next Prime Minister to make science and research a priority.

The Lords science committee said: “Association with Horizon Europe has not been secured, which risks harming the UK’s reputation further and jeopardising the quality of its science base. “

“We are pleased association remains the Government’s intention, but we reiterate that the UK cannot reproduce the benefits of Horizon with a domestic programme, even if it receives similar levels of funding.”