New York (CNN Business)HBO Max will feature many big movies this year — all of Warner Bros.’ 2021 film slate, in fact. However, one of the biggest movies hitting the new service isn’t from 2021. It’s not even new; it’s a fresh take on a film from four years ago.

On Sunday, the service released the latest trailer for the “Snyder Cut” — an extended version of the 2017 superhero flick “Justice League” from director Zack Snyder. The film, which is scheduled to hit HBO Max on March 18, comes with significant hype and lofty expectations.
But why would WarnerMedia, which is also CNN’s parent company, go to the trouble of re-releasing a film from 2017? And not only recut the film, but actually add new scenes to create a big-budget four-hour version of it?

Well, it serves two purposes: pleasing fans and boosting HBO Max’s subscriber base.
Fans have been clamoring for the updated film — which sees DC superheroes Batman, Wonder Woman and Superman team up — ever since the original hit theaters four years ago.

Snyder, who has directed other films in the DC Entertainment catalog including “Man of Steel” and “Batman v Superman: Dawn of Justice,” stepped down as the director of “Justice League” after a family tragedy. Joss Whedon, director of Marvel’s “The Avengers,” was brought in to finish the movie.
Since then, DC fans have practically begged Warner Bros. to release Snyder’s version, posting the hashtag #ReleasetheSnyderCut on social media. Eventually, they got their wish, with the studio announcing last May that it would release Snyder’s version on HBO Max.
Releasing a film that stars Batman, Wonder Woman and Superman on their new streaming service may seem like a slam dunk for WarnerMedia. However, it does pose some risk seeing that 2017’s “Justice League” was a disappointment.
Fans didn’t like the film — as you probably guessed, considering that they’ve been asking for a new version — and critics largely panned it. The box office totals were also lackluster for a superhero movie, despite it making roughly $660 million worldwide. 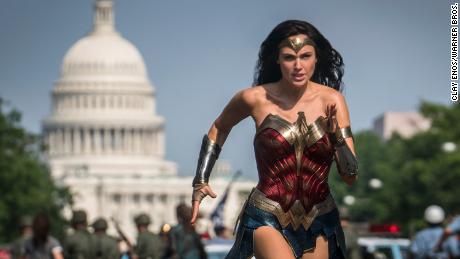 But box office numbers aren’t a concern when it comes to streaming.
For WarnerMedia, the decision to debut the “Snyder Cut” on HBO Max makes sense. Streaming is now the top priority for Hollywood media companies, and in order to compete with the likes of Netflix, new services need as many subscribers as they can get as well as the exclusive content to get them.
Although HBO Max’s 17.2 million activations is solid, it pales in comparison to Netflix (NFLX) and Disney+ subscriber numbers, so the service needs to push hard to catch up.

This also helps explain why WarnerMedia announced in December that all of Warner Bros. feature films would be released for streaming and in theaters on the same day this year. That choice, which will bring potential blockbusters such as “Dune,” “The Suicide Squad” and “The Matrix 4” to viewer’s living rooms, caused a big stir in Hollywood. However, in a streaming market where content is king, WarnerMedia isn’t holding back.
So, bringing together DC’s most popular heroes in a movie fans can only find on HBO Max is a no-brainer for WarnerMedia as it tries to create its own heroics in the streaming world.
Source: Read Full Article