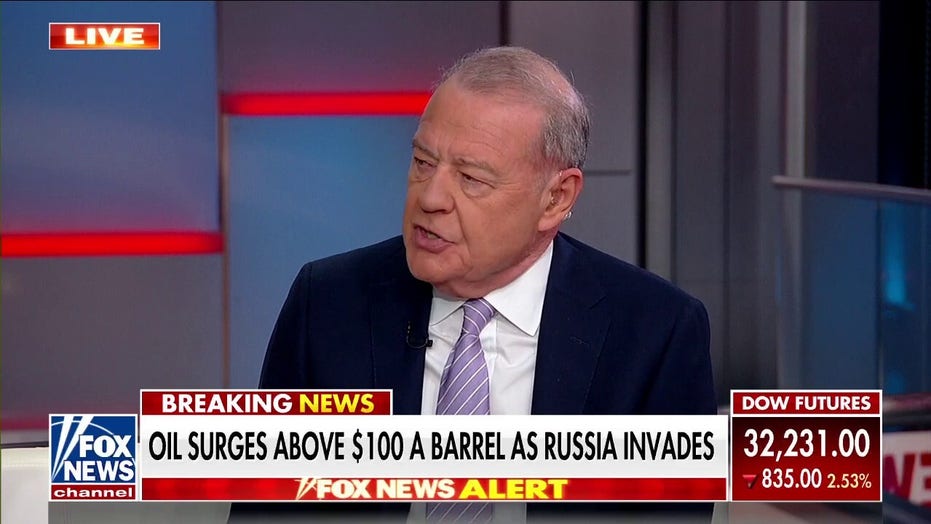 Sen. Mike Lee, R-Utah, on Wednesday said “Americans are hurting” after a new report from the Joint Economic Committee revealed that U.S. households across the country are paying hundreds more each month due to inflation.

Households in Utah, Colorado, Arizona, New Mexico, Montana, Idaho and Wyoming are paying the highest an average of $500 more per month due to 9% regional inflation as of January, the committee reported Wednesday.

“Inflation is costing Americans the most in Utah and the Mountain West. On average, American households are paying $385 more per month, but in some areas of the country, inflation is being felt even more acutely,” ranking member Lee told Fox News Digital. “Families in Utah are facing costs upwards of $500 more per month due to the massive social spending agenda that President Biden doubled down on last night. Americans are hurting after a year of failed economic policies. Our country deserves better.” 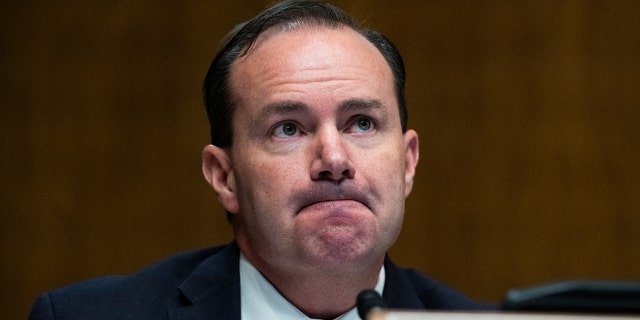 Different areas of the U.S. have experienced differing levels of inflation due to “varying consumer preferences and demand levels, COVID-inspired migrations from urban to suburban areas—which drives up demand in some regions and lowers demand in others—and transportation costs determined by geography and distance from suppliers,” the report notes.

Regions with the slowest inflation increases were the Northeast, Mid-Atlantic and East South Central areas, with 6.1% regional inflation and average monthly costs per household reaching between $350 and $380. 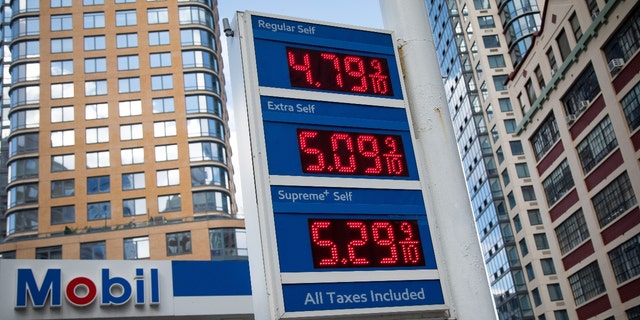 Gas prices are displayed at a Mobil gas station in the Brooklyn borough of New York, the United States, Feb. 10, 2022. (Photo by Michael Nagle/Xinhua via Getty Images)

Still, Americans are reeling from higher prices at the grocery store and the gas pump across the country, especially those in areas that were poverty-stricken prior to the coronavirus pandemic. In the East South Central region, for example, state like Kentucky, Tennessee, Mississippi and Alabama “are experiencing the lowest monthly inflation costs due to relatively lower inflation rates and average spending levels,” according to the report.

An interactive map on the Joint Economic Committee’s website shows how different regions have experienced varying levels of inflation.

U.S. inflation rose 7.5% in January — a 40-year high — and prices aren’t expected to go down anytime soon as supply chain disruptions continue into 2022, the committee noted in its report. 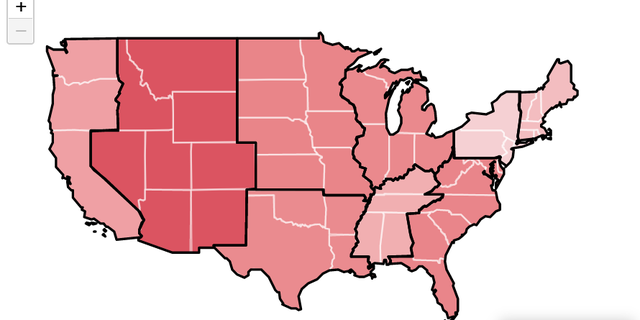 Patrick Penfield, a professor of practice in supply chain management and director of Executive Education at the Syracuse University Whitman School, said those disruptions will be furthered by Russia’s invasion of Ukraine and potentially cause inflation to reach double-digit numbers in the U.S.

“Russia and Ukraine account for 30% of global wheat sales, 80% of sunflower oil, and 20% of global corn sales,” he said in a statement. “The global wheat harvest in 2021 was the smallest harvest since 2002 which would cause prices to go up. In addition to the food commodities produced by both countries, Russia is the second-largest oil producer in the world and Ukraine supplies 70% of the Neon gas used in microprocessor chip production.”

He added that if both Russia and Ukraine “are unable to supply these products, gas prices could reach record levels at the gas pump” at more than $5.00 per gallon, “and the lack of Neon gas production from Ukraine will further impact the availability of microchip processors and increase microchip lead times to over 52 weeks.”

“Not having these commodities from Russia and Ukraine in the supply chain will cause global food, electronics, and car supply disruptions and price increases,” he said. “If the invasion of Ukraine by Russia lasts throughout 2022, we will see double-digit inflation in the United States and continued issues throughout the global supply chain.”