Democrats’ hypocrisy on display ahead of White House Correspondents’ Dinner

EXCLUSIVE: A new campaign ad supporting Sen. Ron Johnson, R-Wis., is taking aim at President Biden's appearance at the 2022 White House Correspondents' Dinner, during which he appeared to laugh at a joke about rising gas prices and skyrocketing inflation in the U.S.

Biden has been criticized for his response to a joke from Trevor Noah, the host of the event, after he made a joke about inflation plaguing the nation.

"Ever since you came into office, things are already looking up," Noah said in his remarks. "Gas is up, rent is up, food is up." 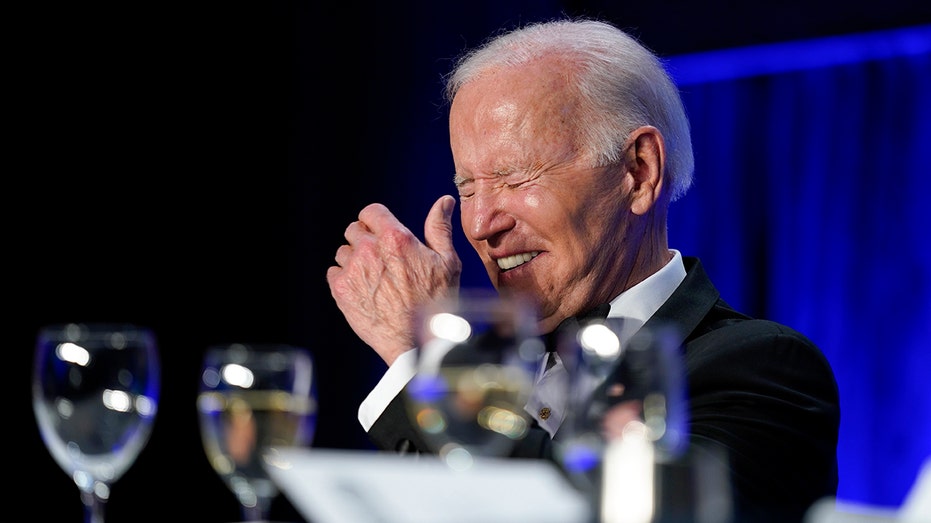 Biden was shown laughing in response to the joke.

Biden spoke at the first White House Correspondents' Dinner since 2019 on Saturday evening, poking fun at his low approval ratings and the Republican "Let’s Go Brandon" slogan targeting him.

A six figure ad, titled "Not Funny," is running statewide on cable TV beginning Tuesday, contrasting Johnson's work to get inflation under control with Biden's lighthearted laugh response to the serious issue.

"The same liberal Democrats and media elite who falsely attack Senator Johnson for exposing the truth are laughing it up in Washington, while America is dangerously off track. Record high gas prices. The worst inflation in 40 years. A violent crime wave. Chaos at the border. It’s not funny," the ad's narrator states.

Inflation surged 8.5% in March, reaching a historic 40-year high and economists expected consumer prices to rise by 8.4%, the fastest since January 1982. Rising gas and inflation promises to be a central campaign issue heading into the 2022 midterm elections.

Johnson is up for re-election to the Senate for a third term, and faces a crowded Democratic field looking to oust the Republican. 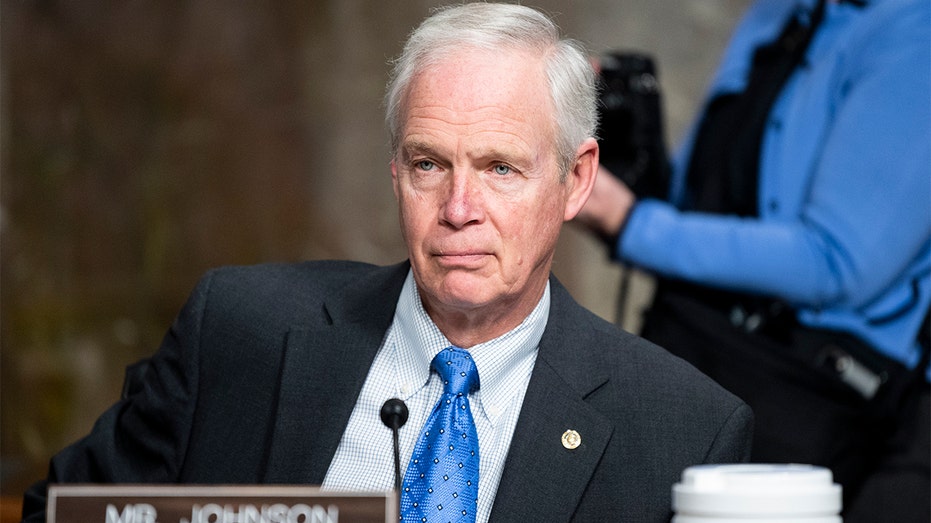 "It was definitely my intention – it was my strong preference, both mine and my wife's, to serve that second term and go home," Johnson said. "But I did not anticipate Democrats getting total control of government, or them governing in the very divisive and destructive manner that they are governing," Johnson told Fox News Digital when announcing his re-election in January.

Johnson has served as the chair of a subcommittee of the Senate Homeland Security and Governmental Affairs Committee. Should he be reelected for a third term, due to Senate rules, his term leading that panel expires and he would shift to a leadership position on the Senate Permanent Subcommittee on Investigations.