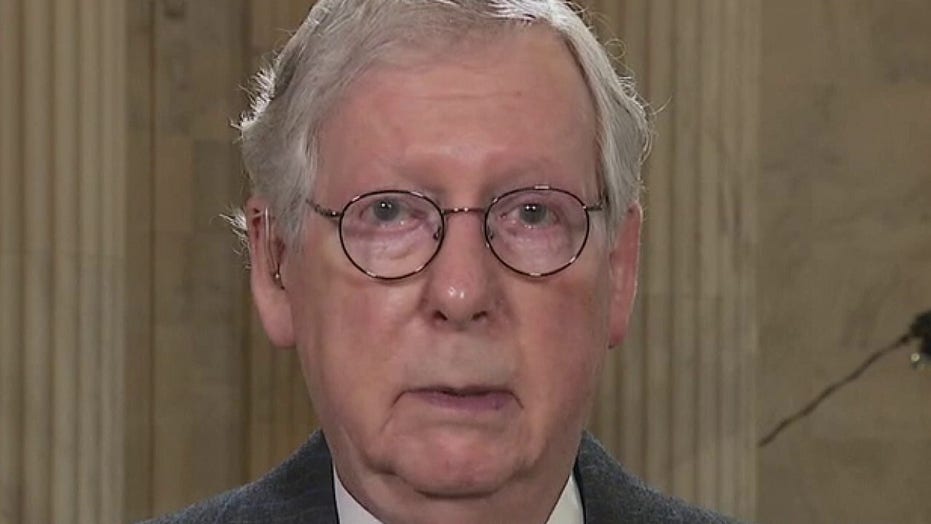 Senate Minority Leader Mitch McConnell explains problems with the For the People Act.

Senate GOP Leader Mitch McConnell said he hasn’t been invited to the White House or spoken to President Biden on the phone since the Democrat took office on Jan. 20.

McConnell, R-Ky., told Fox News’ “America’s Newsroom” on Wednesday that the White House hasn’t shown interest in uniting with Republicans, despite Biden’s rhetoric of unity during his inaugural address.

“I haven’t been invited to the White House,” McConnell said. “So far this administration is not interested in doing anything on a bipartisan basis or in the political center. They’d be more than happy to pick off a few of our members.”

McConnell pointed to the $1.9 trillion coronavirus relief bill that passed the House and Senate with no Republican support as an example of how the White House is appealing to the “hard left.”

“There’s been no efforts whatsoever by the president or the administration to do anything in the political center,” McConnell said.

Biden and McConnell have known each other for decades and have worked constructively in the past as fellow senators and when Biden was vice president. Much has been written in the press about the bond between the two and how their relationship could be key to getting bipartisan work done.

But McConnell said he hasn’t even talked to Biden over the phone since his former colleague became president.

“I don’t believe I’ve spoken with him since he was sworn in,” McConnell said. “We had a couple of conversations before then.”

McConnell and House Minority Leader Kevin McCarthy have mounted a strong opposition to Biden’s agenda in recent months on everything from his handling of the border to voting rights reforms Democrats have prioritized for passage. Republicans have their eye on 2022 and selling an alternative agenda they hope will help them win back control of Congress.

Meanwhile, the White House says it wanted GOP support for the coronavirus relief legislation, but facing resistance in Congress, Democrats focused on touting public opinion polls that showed the legislation had strong bipartisan support among the broader public.