The Senate is set to vote this week on a resolution to nullify President Biden’s vaccine mandate for private companies, as Republicans and at least one Democrat push back on the administration’s rule requiring vaccines or inconvenient testing rules for workers at large businesses.

All 50 Senate Republicans, led by Sen. Mike Braun, R-Ind., backed a challenge to the vaccine mandate last month under the Congressional Review Act (CRA). That law allows Congress to officially disapprove of an executive branch regulation via a resolution passed through each chamber.

“I do not support any government vaccine mandate on private businesses,” Manchin said Thursday after voting against an amendment to a government funding bill that would roll back public and private vaccine mandates. Sen. Mike Lee, R-Utah, and a handful of other Republicans forced that vote in exchange for expediting passage of the funding bill, but they got no Democrat support. 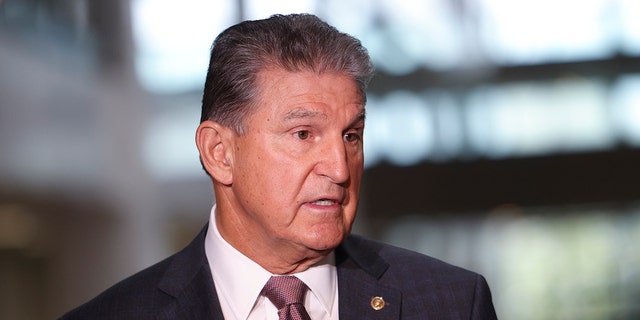 Republicans also think Sen. Kyrsten Sinema, D-Ariz., may vote for the Braun resolution. She declined to say whether she will vote for it in an interview with CNN last week. Sen. Steve Daines, R-Mont., is also pushing his Democrat counterpart from Montana, Sen. Jon Tester, to “join[] me in my efforts to block all of Biden’s mandates.”

The Braun resolution only needs a simple majority to pass the Senate, which means the bill will likely succeed. Rep. Fred Keller, R-Pa., is leading companion legislation in the House of Representatives, which his office said Friday has 206 cosponsors. But House Minority Leader Kevin McCarthy, R-Calif., said Friday it is unlikely the bill could come for a vote in the House with Speaker Nancy Pelosi, D-Calif., in charge.

“The challenge is how you bring it up on the floor,” he told reporters. “We’re not in the majority. We don’t control it.”

Even if Republicans and potentially a handful of Democrats manage to force a House vote on the CRA resolution, such resolutions are subject to a presidential veto. And it’s highly unlikely Biden would sign a bill canceling a rule he ordered his administration to make. 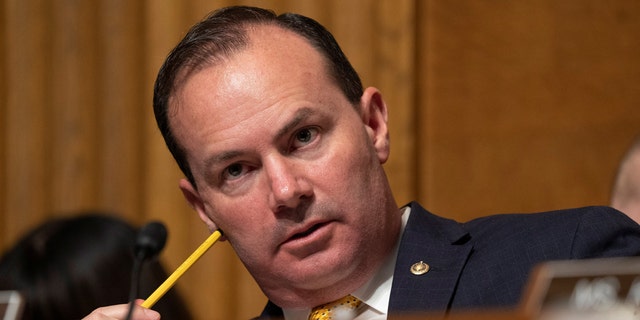 “It’ll come up likely again next week with the Congressional Review Act resolution of disapproval,” Lee said Thursday. “That’s insufficient, of course. One of the defects with the CRA is that Congressional Review Act resolutions of disapproval are subject to presidential veto. So, the same president who abuses his executive power as this President has with these mandates, is certain to veto.”

White House Press Secretary Jen Psaki said last week that the White House believes Biden’s vaccine mandate for private companies is on solid ground “based on a 50-year-old law that Congress put into place 50 years ago …. We’re going to continue to press forward with these requirements.”

Psaki also said the administration’s mandate should be called “vax or test” as employees who do not get vaccinated can instead wear masks to work every day and submit to regular COVID-19 testing.

Lee added that some Republicans may again threaten to block a government funding bill and cause a shutdown in February when the current continuing resolution runs out, “in the unfortunate event that the president persists in keeping this in effect, in threatening the American people this way.”

But R Street Institute resident senior fellow for governance James Wallner said any votes on future legislative efforts against vaccine mandates are unlikely to have any actual effect.

“Whatever does happen either now or in the new year is going to be choreographed. It’s going to be something that’s set up in the Senate, almost always with unanimous consent between the two leaders,” Wallner said. “I would imagine that you will see, for instance, votes in the Senate that create the illusion that something like a vaccine mandate ban could pass before you’ll see an actual policy like that pass.”

He added: “They’ll set like 60-vote thresholds on them, they’ll structure the process. If they can’t block the vote entirely, then they’ll create a process whereby… the price of getting your vote is that you lose.”