Home » Politics » Senator Calls Out Opposition To Deb Haaland: ‘A Woman Of Color Is Being Held To A Different Standard’

Sen. Tina Smith (D-Minn.) says biases drove Republican opposition to Rep. Deb Haaland’s (D-N.M.) confirmation as the 54th secretary of the Interior Department and that GOP colleagues are holding women of color to a different standard, an argument she will make in a speech Monday ahead of the vote.

Haaland, a member of the Pueblo of Laguna tribe of New Mexico, stands to become the first Native American Cabinet secretary in American history. The final confirmation vote, scheduled for 5:30 p.m., comes after a weekslong Republican campaign to paint Haaland as a “radical” and “extreme” threat to America’s fossil fuel economy and Western “way of life.”

“I think we need to be honest with ourselves about what is going on here,” Smith plans to say in a speech on the Senate floor Monday afternoon, according to prepared remarks shared with HuffPost. “Once again, a woman and a woman of color is being held to a different standard, and we need to name it. We have got to come to grips with the reality that time after time, strong women, and especially women of color, are attacked when white men with the same views are welcomed to walk through the door, unopposed.” 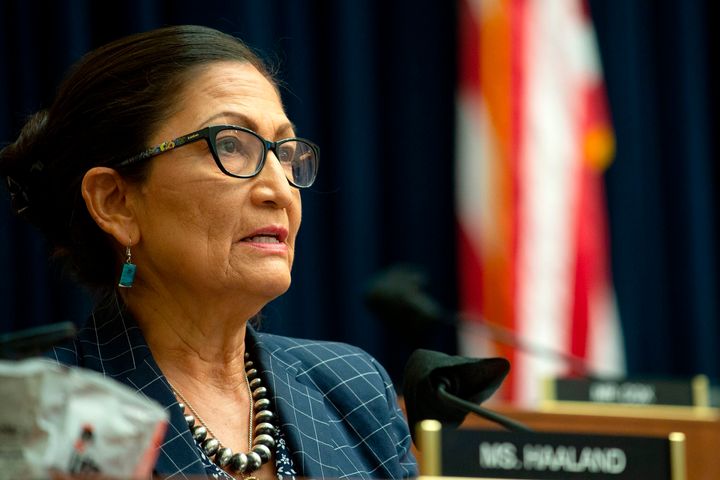 Despite her record of bipartisanship and championing environmental causes, Haaland’s nomination proved among President Joe Biden’s most contentious. During her confirmation hearing last month, Republican Sens. Steve Daines (Mont.), John Barrasso (Wyo.) and others bankrolled by the fossil fuel industry repeatedly attacked her for her past statements opposing oil and gas leasing on federal lands and her support for the Green New Deal, a progressive set of guiding principles to rein in planet-warming greenhouse gas emissions.

Daines has labeled Haaland a “far-left ideologue” with a record of hostility toward extractive industries. And in a floor speech last week, Barrasso said Haaland’s “policy views and lack of substantive answers during her nomination hearing disqualify her for this job.”

Notably, Daines and Barrasso voiced no concern when President Donald Trump put William Perry Pendley, a conservative lawyer with extreme anti-environmental views and a history of lobbying for the sale of federal lands and of ridiculing Native Americans over their religious beliefs, in charge of the Department of the Interior’s Bureau of Land Management. The two GOP senators also recently voted to confirm Biden’s Agricultural Secretary Tom Vilsack and Transportation Secretary Pete Buttigieg, who share Biden and Haaland’s views about the need for aggressive action to rein in climate-warming greenhouse gas emissions.

Smith will not call out Republican colleagues by name, according to her prepared remarks. But she’ll leave no doubt about who she feels has treated Haaland unfairly.

“One Republican senator I serve with on the Indian Affairs Committee labeled Haaland ’a hardline ideologue with radical views,’” she plans to say, referring to Daines. “This from a person who spent months promoting the false and widely debunked conspiracy theories about voter fraud in the last election.”

“Another Republican senator called Rep. Haaland ‘a socialist, left-of-Lenin, whack job,’” Smith will add, referring to comments from Sen. John Kennedy (R-La.). “Later, he said he meant to call her merely an ‘extremist.’” 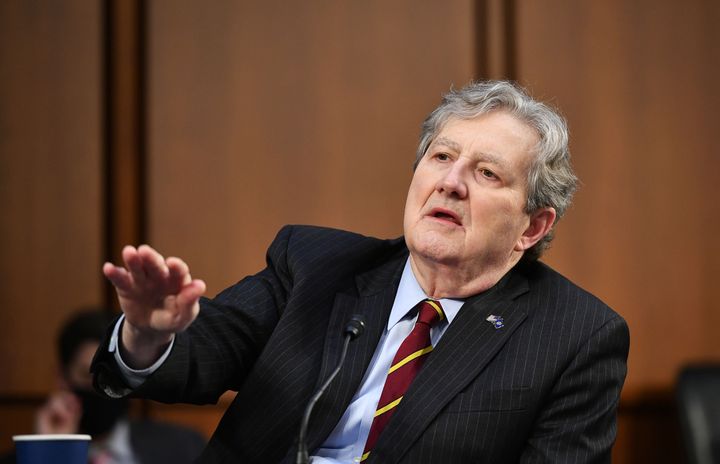 “At their worst, these attempts to portray Rep. Haaland as extreme and unqualified to lead show how much work we still have to do to reckon with our country’s history of disparaging, disrespecting and erasing Native people, and how this tragic history is reflected in the biases on exhibit during Representative Haaland’s confirmation,” Smith will say. “This is so clear when we see that so few Republicans could even acknowledge the historic nature of Rep. Haaland’s nomination, choosing instead to focus on hostile questions about her tweets or whether she understands the law.”

Smith plans to defend Haaland as a “strong, capable, competent leader” who will be a steward of America’s public lands and empower Indigenous communities. And she will highlight Haaland’s bipartisan record; in 2019, Haaland introduced more bipartisan bills than any other House freshman.

“If that’s what a hardline ideologue looks like, may we all aspire to model ourselves on Rep. Haaland,” she’ll say.

Smith won’t be the first to question what’s really fueling such fierce Republican opposition to Haaland’s nomination. In a recent opinion piece﻿ in USA Today, former Democratic Sens. Mark Udall (Colo.) and Tom Udall (N.M.) wrote that “the exceptional criticism of Rep. Haaland and the threatened holds on her nomination must be motivated by something other than her record.”