Anthony Fauci did not set out to become a political lightning rod. But, as Sheryl Gay Stolberg explains, he couldn’t escape becoming a polarizing figure in Donald Trump’s Washington. 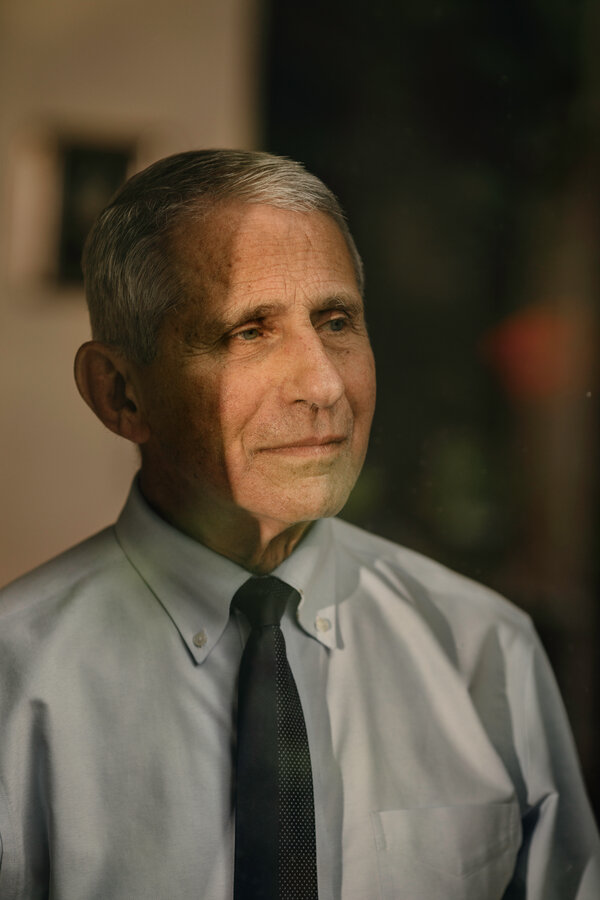 Dr. Anthony Fauci, the nation’s top infectious disease specialist, told my colleague Sheryl Gay Stolberg on Sunday night that he would soon step down as director of the National Institute of Allergy and Infectious Diseases.

Given that he has led the place for nearly four decades, his retirement from government service is huge news in the world of infectious disease — once a relatively sleepy corner of medicine, thrust into the forefront of American politics with the onset of the coronavirus outbreak in January 2020.

Since then, more than a million Americans have died from the virus, and nobody has played a more prominent role in handling it — and combating misinformation about it — than Fauci. At the height of the pandemic, when more than 2,000 Americans were dying each day, it was Fauci who went on camera to tell us how to stay safe and when it all might end.

In the process, Fauci often had to contradict the advice and mistaken musings of the president himself, Donald Trump. He was vilified on the right, with the Oval Office and those around it calling for him to be fired. And he was lionized on the left, complete with signs in urban neighborhoods saying “Thank you, Dr. Fauci,” takeout cocktails in his name and even bobblehead dolls.

Fauci is more than just a pandemic talking head, of course. Over his 38 years in the federal government, he has played a central role in devising strategies to stop other diseases, notably AIDS, and his expertise was essential in speeding the development of the first generation of Covid-19 vaccines.

To capture what his legacy means, I exchanged messages today with Sheryl, who knows Fauci as well as any reporter in Washington, as she was catching a flight in Peru. Our conversation, edited lightly for length and clarity:

Fauci was a leading figure in not just the fight against the coronavirus but also diseases like Zika and, of course, AIDS. What do you think he’ll be most remembered for — his battles against Donald Trump, or the other stuff?

I think Fauci will be remembered for the twin infectious disease outbreaks that have, in a sense, served as bookends to his public-service career: AIDS and the coronavirus pandemic.

Both times, he became controversial. But they turned out very differently for him.

During the early days of the AIDS epidemic, as so many gay men were dying, they were also protesting Fauci, calling him a murderer and a killer. He brought them into his fold and befriended many of them. He would be the first to tell you that it changed him; it made him more sensitive to the patient’s point of view.

Fauci is a master of navigating Washington’s nexus of science and politics. But even he couldn’t escape the polarization of Donald Trump. With Covid, I think he will simply be remembered as a polarizing figure — a hero and a brilliant scientist and public servant to some, but a symbol of bureaucracy run amok to others.

Fauci has been criticized as a media hog, to the point where he was spending hours of his day talking to reporters and television hosts about the coronavirus pandemic. Do you think he has mixed feelings about spending so much time talking to the press, as opposed to working in a lab or in more of a backstage role?

Mixed feelings? No. Fauci LOVES talking to the press. He considers himself good at it, and, as best I can tell, he never (or at least rarely) turned down a speaking request — except when the Trump White House barred him from accepting them.

When President Biden brought Dr. Ashish Jha on as his coronavirus response coordinator, I asked Fauci if he thought he would scale back his speaking requests. He told me in no uncertain terms that he would continue to do as much television as he pleased. Part of this comes from his feeling that he is a good communicator and he has an obligation to get public health messages out. But part of it, I am convinced, is because he enjoys it.

The cult of personality around Fauci was really quite something. I remember a bar in Washington selling a drink called a Fauci pouchy during the height of the Covid outbreak. Was that kind of thing ultimately helpful or hurtful to his cause?