Home » Politics » SNP chief in shockingly vicious Sky News attack on Boris: ‘He’s lazy and out for himself’

The SNP MP accused Prime Minister Boris Johnson of being an unsuitable leader for the UK at a time of great risk and uncertainty because of the pandemic. Philippa Whitford said the SNP was not “alone” in its harsh judgement of Mr Johnson’s record but claimed Britons have also begun to question his ability to govern. When Sky News host Kay Burley asked why Scots disliked the Prime Minister so much, Ms Whitford said: “I find it surprising that you ask that question.

“I don’t think Scots or the SNP are not alone in that. He’s not exactly a details man.

“My impression is that he is lazy, I don’t think he’s a good speaker or communicator.”

Ms Whitford insisted the UK had needed someone capable to keep people informed about the development of the pandemic and able to explain in simple terms why key decisions had been taken.

She continued: “In the middle of a pandemic, you need a details person who has a grasp of their brief and who can explain it to the public. 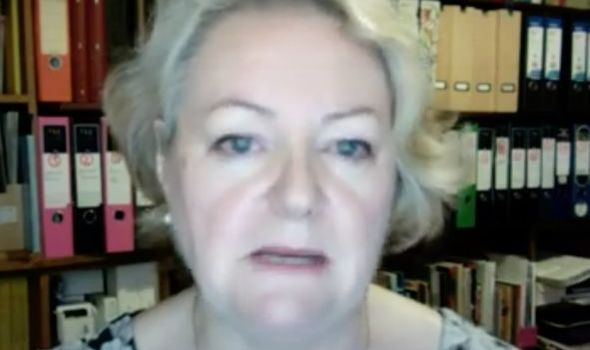 “We don’t have that. To me, I always had the impression that Boris Johnson is out for himself and his own career and that’s his entire motivation.

“And I don’t think it’s just Scots that are thinking that.

“He’s long been unpopular around her but I think many people in England who’ve had to depend on him through this crisis have seen a Government that just wasn’t up to it.”

The attack on the Prime Minister comes after Mr Johnson was revealed to have dismissed devolution as the “biggest mistake” done under Tony Blair’s tenure in Number 10.