Rhiannon Spear, a councillor for Glasgow and the SNP’s national women’s convener, was blasted by critics following the UK’s failure to score even a single point during the Eurovision song contest. Shortly following the results failure, she wrote on Twitter: “It’s ok Europe we hate the United Kingdom too. Love, Scotland.”

The comment was followed by a sea of remarks from within her own party and beyond, condemning the shameful tweet.

Stephen Kerr, Scottish Conservative chief whip, said: “The mask has again slipped from the SNP and this is another example of their toxic obsession with division.

“This is abhorrent language from one of the SNP’s most prominent campaigners and a 2021 election candidate, not to mention chair of Glasgow City Council’s education committee.” 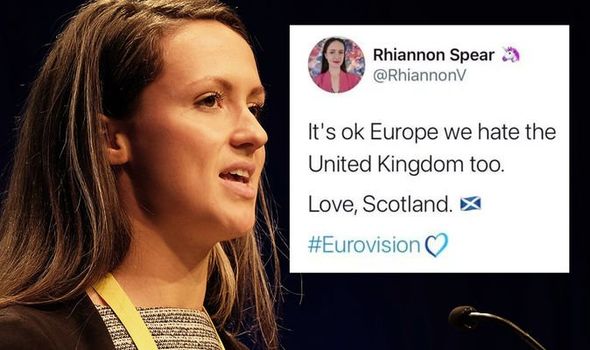 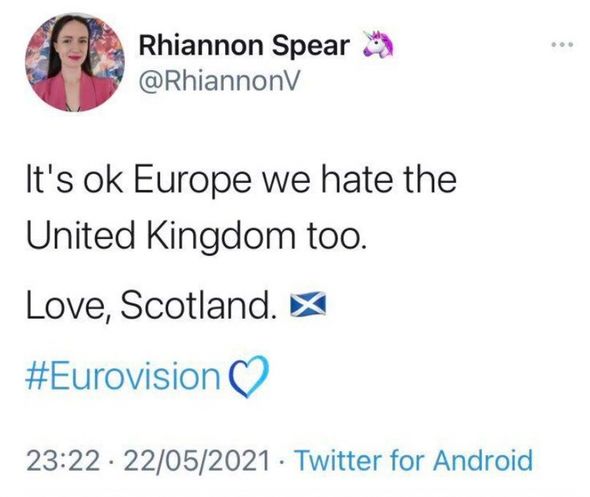 Another Councillor, Joanne Stewart, who represents Tilehurst, said: “Disappointing to see hate speech from an SNP Councillor in Scotland.

“Especially when we’re trying to encourage more women to stand as candidates, with disgusting behaviour like this, why would you want to??

“Can’t tag her as she’s a coward and deleted her account.” 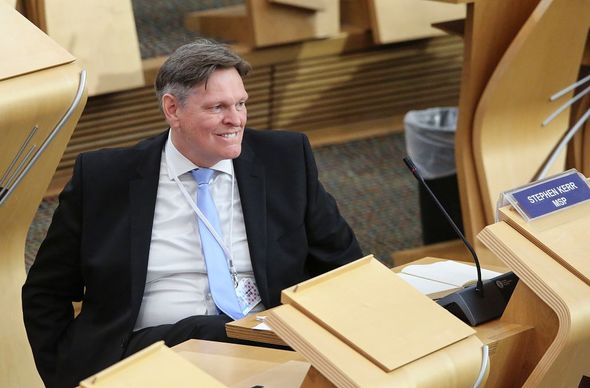 Although she initially defended her comment, Ms Spear later apologised but not before taking a jab at Westminster.

Attacking those who had taken offence to her comments, she told her critics to “have a word with yourself.”

She said: “The UK has a billionaire Chancellor who won’t give NHS staff a fair pay rise during a global pandemic.”

Ms Spear added that the Prime Minister was “more interested in lining the pockets of his Tory donors than feeding hungry children.” 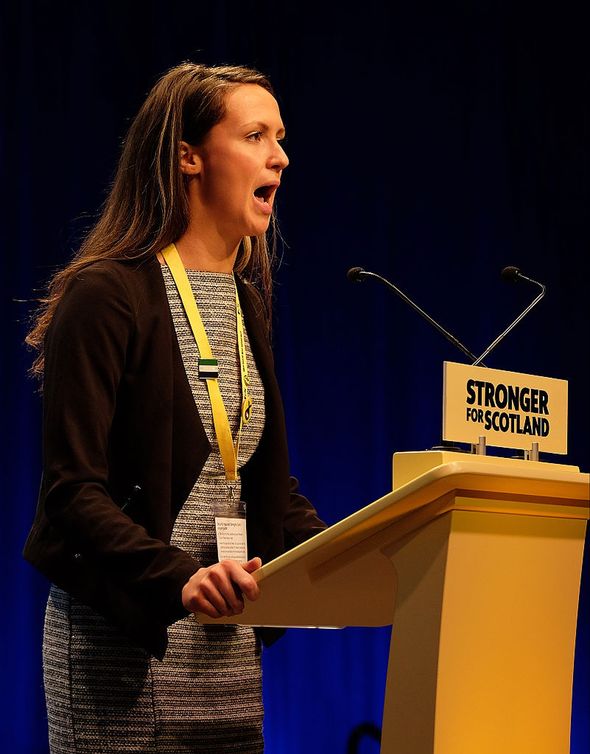 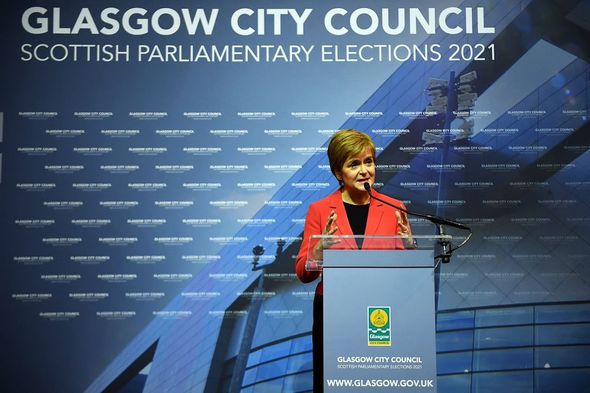 SNP headquarters were quickly made aware of the comment and issued an apology on her behalf.

Speaking through the SNP Press Office she said: “I have now deleted this tweet about the UK’s results in the Eurovision Song Contest, and apologise for any offence caused.”