The Conservative leadership hopeful made the awkward slip up while setting out her foreign policy stall to Tory members who will soon have to decide on whether to back the Foreign Secretary for Prime Minister. Speaking to the TalkTV hustings in Exeter, Ms Truss said: “I will also continue to stand up for Vladimir Putin!”

Correcting herself, Ms Truss continued: “…to Vladimir Putin. Now I put in place the toughest sanctions regime on Russia.

“I also worked with my colleagues to make sure we were the first European country supplying weapons to Ukriane.

“But we can’t rest on our laurels.” 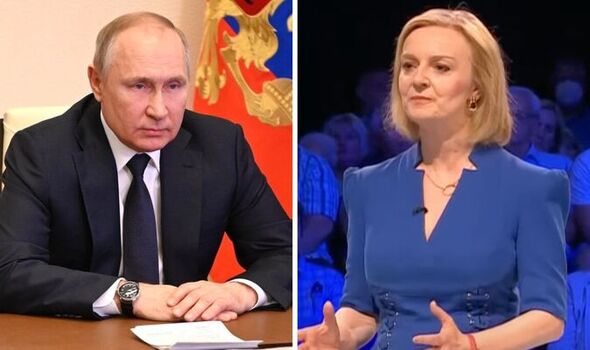 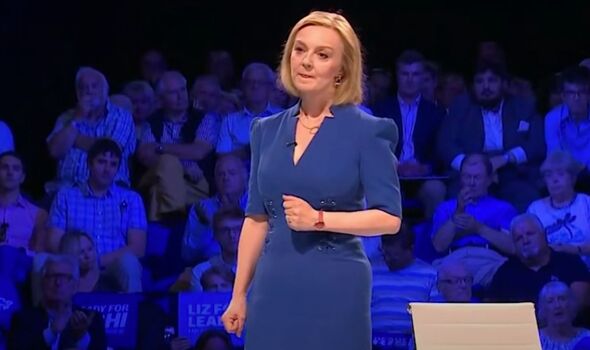 The Foreign Secretary used her opening speech at the hustings in Exeter to declare she would “win back Tiverton and Honiton”, which the Lib Dems secured at a by-election after Neil Parish resigned after admitting he had watched pornography twice on his phone in Parliament.

Ms Truss ran through her policies and acknowledged the “difficult times” facing the country, adding: “Now is not the time for business as usual, now we have to be bold, we need a plan for growth, and that is what I will do.”

She namechecked farmers and fishermen in a nod to the southwest members, adding: “I will back our fishermen.

“In 2026, there’s going to be a new negotiation and I will make sure as an independent coastal state we have full control over our fishing waters.”