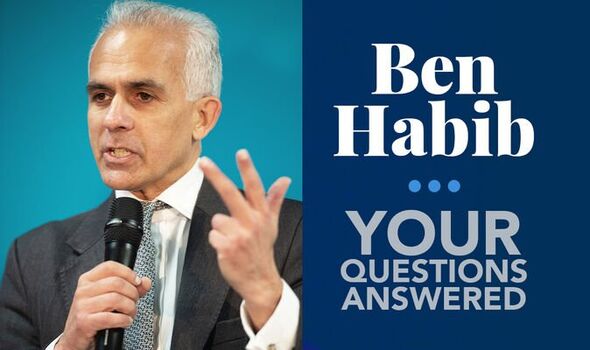 When we are we going to see some good things coming from Brexit. Instead of all the nasty downsides? Please answer that question if you can.

I certainly can answer this question. First, we have yet to properly Brexit. Brexit is the departure of the country from the EU as one United Kingdom. The Prime Minister was elected on this promise but then broke it. Northern Ireland has been left behind. A court case I am fighting has confirmed the Act of Union has been broken by his Brexit deal. Unless and until Northern Ireland is freed from the EU we have not truly Brexited.

Northern Ireland has been left behind

In most other respects the PM’s Brexit deal is BRINO (Brexit in name only). We have left the institutions of the EU but have stayed very closely aligned to it. The PM promised we would take back control of our laws, our borders, our cash and our fish.

He has broken all these promises. As a result of his Brexit deal, we have entered into a level playing field with the EU on state aid, employment, competition and environmental law. We are bound, for example, by his deal to Net Zero by 2050.

He has also given away billions in cash and handed over our fishing waters to the EU for as long as the deal subsists. We remain on the hook for a joint and several guarantees of the European Investment Bank’s €500billion in liabilities. He even committed us to adhere to the European Convention of Human Rights and European Arrest warrant – EU courts can pass an order to arrest a British person and that person can be arrested in the UK with very little protection from our own courts.

The detail of these commitments is lost on very nearly all Tory MPs and the public. The point of Brexit was to ditch the anti-democratic hugely bureaucratic stifling EU. We have not done that. So we cannot deregulate as we should and we cannot cut taxes as we should.

We have regained some freedoms and we seem to be benefitting greatly from those. Beating the EU to vaccines was one such obvious huge benefit.

The City is free from EU regulatory fetters and, we are told, it soon will benefit from deregulation. I hope that happens.

But the really big wins we could and should have had from Brexit cannot be delivered for as long as the PM’s deal is in place.

What is your view when you see the EU states that roll over on their backs to have their tummies tickled, rather than taking direct action against Putin. The fact that they are still paying him leads me to believe that those relevant countries must be pushed out of NATO for good. I would like to know what you think?

The EU is a mercantilist institution with self-declared intentions to increase its geopolitical influence and military strength. It often acts outside and against the interests of US/ UK foreign policy. It wants its own version of NATO, called PESCO, which would not include the US. NATO has kept the peace in Europe since WW2 and the EU’s aim of developing PESCO should be of great concern to all Europeans.

Its failure to properly impose sanctions on Russia is not surprising given Germany’s longstanding association and dependence on that country.

Why did you vote for the NIP as an MEP and then go to court to challenge it?

I voted for the Withdrawal Agreement for reasons set out in this article I wrote at the time: https://brexitcentral.com/why-i-will-vote-for-the-withdrawal-agreement-in-the-european-parliament/

Had the PM delivered on his election promises, he would have sorted out the problems of the WA and NIP.

He got close to fixing the NIP in September 2020 with the Internal Market Bill but then failed again. Sadly, the PM cannot be trusted. He may go down in history as the PM who broke our country.

Hi Ben. Did you get the Brexit you voted for? You don’t seem too happy with it.

I am very unhappy with it because we have not got Brexit – please see the answers above.

Do you think it’s possible the British public has changed their minds about Brexit after seeing its effects?

No – the British public has seen the EU ever more clearly as we have gone through the Brexit process and are still going through it.

The British public has seen how awfully the EU is treating Northern Ireland.

Could Ben explain in simple language to this old lady what the actual implications would be for the UK if Article 16 was triggered and why the Government is so reluctant to invoke this after so many months of threats?

Article 16 is not, as it is so often described, a nuclear button.

It is a legitimate safeguarding measure within the Northern Ireland Protocol entitling the UK to suspend part or all of the Protocol if it is doing societal, environmental, or economic damage and/ or there is a diversion of trade. The grounds to invoke it exist.

This is accepted by the Government. That it does not invoke is an act of gross negligence and constitutional self-harm.

It is a tragedy.

Can Ben tell us why the Brexit we have isn’t the Brexit anyone was promised or wanted? Why did the Government not go back to the people and explain to them why they weren’t actually going to get what they were promised?

Please read the answers above but specifically on this question: the PM seeks office more than anything. He will say and do whatever is necessary to gain and then maintain power.

If he now honestly set out the failings of his deal, he would be turfed out of Downing Street. But there was a time, when he had won his thumping majority (December 2019) and before he signed the deal (January 2020), to renegotiate it.

He had a golden opportunity. Instead, he went on an extended holiday to Mustique.

Why he did not act then is a question only he can answer.