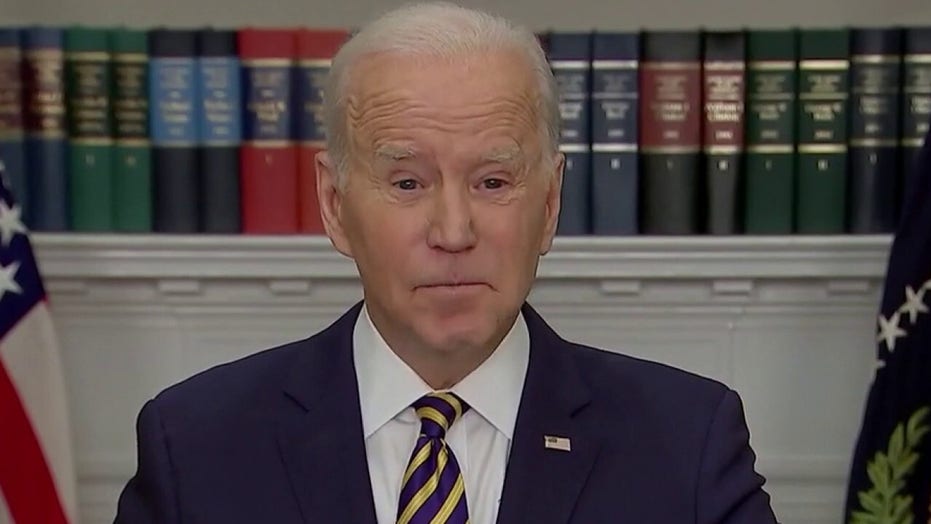 Last summer, Vladimir Putin and the rest of the world watched President Biden’s embarrassing withdrawal from Afghanistan that abandoned thousands of Americans behind enemy lines, as well as our Afghan allies, and allowed the Taliban to quickly take control of that country while leaving them more than $80 billion in the world’s best military equipment. That decision certainly helped convince Putin that he didn’t need to fear America under the Biden administration.

However, the roots of Russia’s invasion of Ukraine go much further back. It was the Obama-Biden administration that did not help Ukraine push back Russia’s 2014 invasion of Crimea. It was that same Obama-Biden administration that began a war on American energy that continues to this day. During that same time, Russia was using its energy resources to dominate Europe and finance a major military buildup around Ukraine. 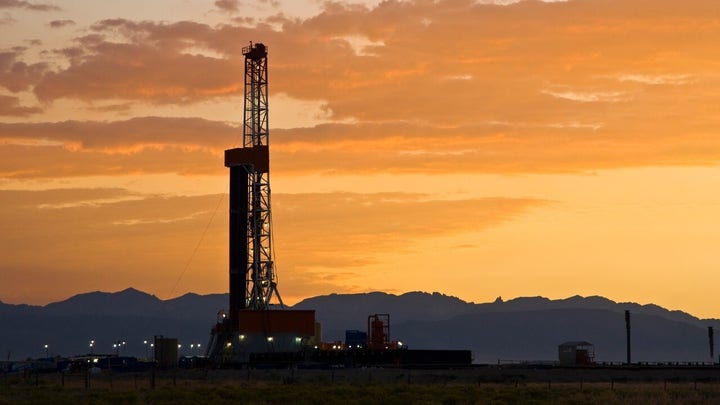 When Putin violently annexed the Ukrainian territory of Crimea in 2014, Ukraine looked to the United States for help. Unfortunately, the Obama-Biden administration rejected their request for lethal assistance like Javelin anti-tank missiles because they were afraid of offending Russia and only provided non-lethal assistance like blankets.

In direct contrast with his predecessor, President Trump approved the sale of $47 million worth of lethal aid to Ukraine in December 2017. This included more than 200 Javelin anti-tank missiles and 37 missile launchers that, over the past two weeks, have proven vital in the Ukrainian military’s defense against overwhelming Russian forces. 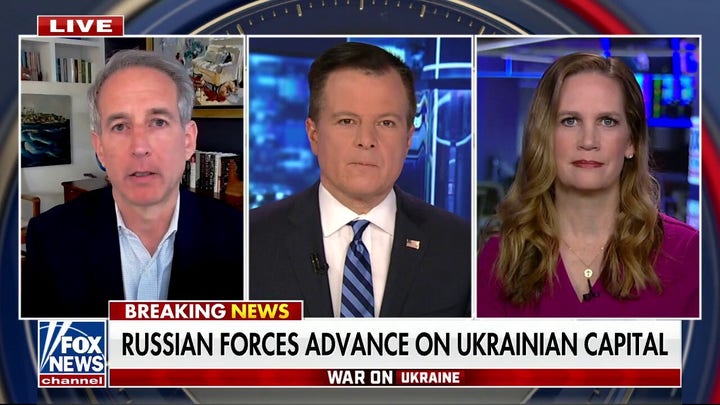 As Russia steadily massed its military forces on Ukraine’s border in 2021, a $200 million security assistance package for Ukraine went to President Biden for consideration. However, just like the failed decision of the Obama administration, President Biden delayed the actual delivery of the assistance for crucial months.

The equipment in this security package was just being delivered to Ukraine in February as Putin was launching his invasion. Stinger surface-to-air missiles, a top priority for Ukraine, were left out of the first package and not authorized by the Biden administration until after Russia’s assault on Ukraine began. While Putin inflicts increasing numbers of civilian casualties by bombing schools and hospitals, President Biden is still failing to heed President Volodymyr Zelenskyy’s calls for help.

Putin’s barbaric attacks on Ukraine can be traced to Europe’s scorn for fossil fuels and nuclear power.

Europe did not become energy-dependent on Russia overnight. Putin’s barbaric attacks on Ukraine can be traced to Europe’s scorn for fossil fuels and nuclear power. Through his efforts to make the United States more like Europe, President Biden has ensured that European countries cannot turn to our abundant resources to drive down natural gas prices and cut free from Russian energy.

Biden has played into Putin’s hands by ending American energy independence and renouncing U.S. oil and gas resources. While the U.S. could meet all of Europe’s energy needs, Europe receives nearly 40% of its natural gas from Russia. Without alternative energy suppliers, European families will suffer from over-reliance on Russia because of European leaders’ shortsighted Green New Deal policies. 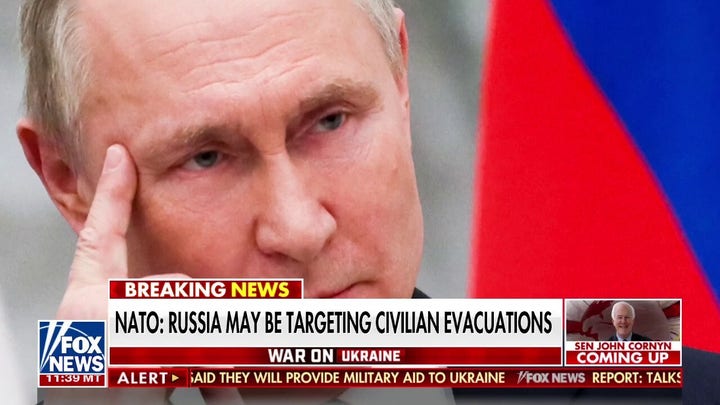 The United States should not follow Europe’s failed approach. We can again be a global energy leader, and provide reliable, low-cost energy for American households and our friends around the world.

Last week, Republican leaders, including more than 80 members of the House Energy Action Team (HEAT), sent a letter to President Biden laying out specific actions he can take immediately to reverse Russia’s leverage on Europe and the United States. Before he invaded Ukraine, Russian energy sales to the U.S. and Europe were providing more than $700 million a day to fund Putin’s war. We called on the Biden administration to ramp up U.S. energy production to lower prices for American families, eliminate Putin’s revenue stream, and ensure greater energy security here at home and to our allies overseas. 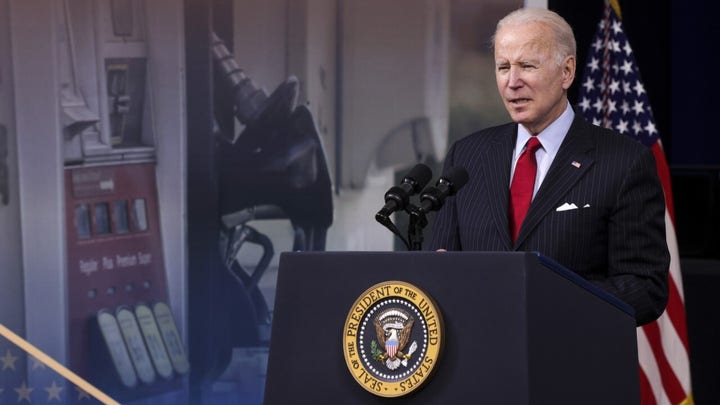 President Biden last week finally agreed with us to ban Russian oil, natural gas and coal imports. However, instead of turning to American energy producers to replace that tyrant’s oil, President Biden issued more attacks on American energy companies and instead turned to dictators in countries like Venezuela and Iran, the world’s leading state sponsor of terrorism, to meet our energy needs.

President Biden needs to stop begging foreign dictators to sell us their oil and, instead, finally say yes to American energy production. 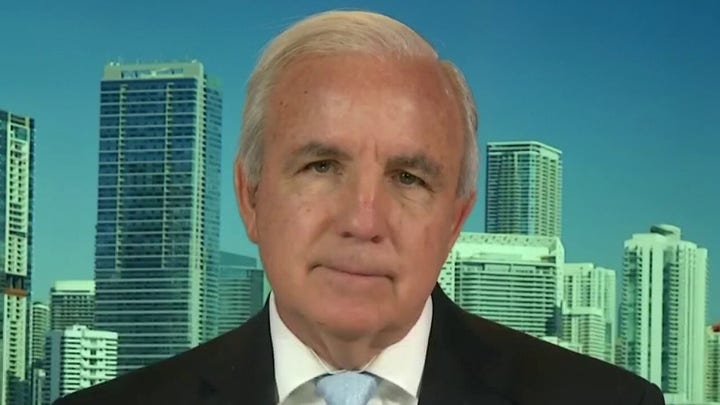 All Americans should ask – why won’t Biden unleash America’s energy industry? In his first days in office, the president killed the Keystone XL pipeline, which would have employed thousands of Americans and provided a crude oil source from Canada instead of Putin’s Russian crude. Democrats love to talk about how they are committed to reducing carbon emissions but fail to admit that the United States emits much less carbon to produce oil and natural gas domestically compared with the other countries that President Biden is begging to produce energy because we have much higher standards than those adversarial countries.

President Biden’s disastrous leadership has crippled the United States’ power and influence on the world stage. When the United States is no longer energy independent, our country and the world become more vulnerable and more dependent on bad actors.

Sadly, we are seeing now how the Biden administration’s far-left energy policies have made Russia richer and emboldened Vladimir Putin.

Under President Trump, the United States demonstrated strong leadership at home and abroad. President Biden can act now to unleash American energy and turn the tables on Russia so that the United States and our allies re-establish the energy security we deserve.