The Foreign Secretary and frontrunner to succeed Boris Johnson as Prime Minister has pledged to listen to the voices of ordinary people if she wins the keys to Downing St with the unequivocal message: “I’m on your side.” Ms Truss has won the endorsement of the Sunday Express, and she describes how she plans to help families get through the cost of living crisis this winter and details her ambitions for a stronger Britain.

She said: “Times are tough and I share your concerns. I am running in this contest because I believe I have the vision and ability to help families in every part of the UK.

“I will work every day as Prime Minister to make sure you can keep more of your hard earned money, that your children have the best chance to fulfil their potential no matter where they are from, and that our borders and values are secure.

“I understand that people are worried about paying for bills and making ends meet, but I have a plan to ignite growth, boost wages and get our economy growing again – to grow the size of the pie so we can all have a slice.”

Ms Truss will face one of the most daunting in-trays of a Prime Minister in recent decades if she makes it to No 10, but she argues Britons can look to the future with hope.

She said: “I will speak for people right across the United Kingdom, who believe in our country, who know that we can be more successful, who understand that our best days are ahead of us. And I will ignore the siren voices of decline and I will make sure that we get things done to propel our country forward.”

The 47-year-old mother of two acknowledged that people are “struggling with fuel bills and food bills” and insisted this is why “it’s so important that we cut taxes to put more money in people’s pockets”. 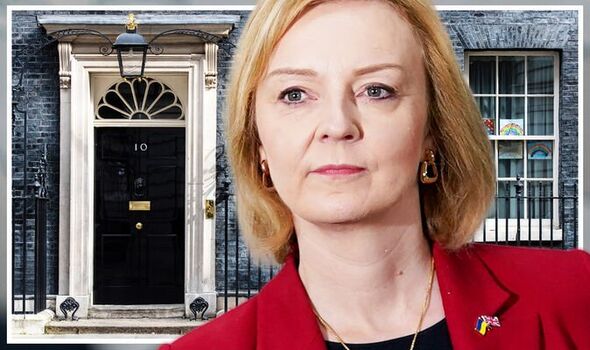 She said: “I would have a temporary moratorium on the green energy levy to [cut] fuel bills. And I will also work to make sure we increase the supply of energy, such as getting more gas out of the North Sea, moving forward quicker on nuclear power to make sure that we have good energy supplies at a reasonable price.”

Ms Truss claims that changes to EU-era insurance rules will unlock “tens of billions” of pounds of investment for the manufacturing industries.

“We need to be bold,” she said. “We need to grow the economy and we need to unleash all the potential of Brexit…

“I will get rid of all the EU laws off the statute books by the end of 2023, putting in place our own rules on things like investment and procurement, and I will drive opportunities right across our country.”

Adamant that low taxes and economic growth are crucial to helping households cope with living costs, she said: “I would make sure I’m doing all I can to help struggling families, but the best way to do that is to make sure we’re not taxing people in the first place and actually giving them their own money back.”

She is also ready to rip up red tape, saying: “We need to make sure that our tax system, our regulatory system, is on the side of people who are contributing, who run small businesses, who are self employed. We need to make sure that people on fixed incomes like pensioners are able to get by, that is my priority – making sure that we support a society where everybody can thrive.”

However, in a stance which may put her on a collision course with unions, she argues that major public sector pay increases could harm the country in its fight against inflation. She says it is “very important is that we don’t bake-in ongoing inflation and that’s why we have to have restraints on public sector pay”.

The South Norfolk MP’s ambitions go beyond getting the country through the present economic challenges. She wants Britain to be the most prosperous country in Europe.

“We absolutely can be,” she said. “We have hugely talented people.

“We have a fantastic industries. We have a very successful technology sector.

“And there is no reason at all why we can’t build on that make sure everybody in our country prospers and we are the most successful economy in Europe.”

Ms Truss understands citizens’ frustration with the state of the public services. Her priorities include addressing NHS waiting lists and making sure people can see GPs and dentists.

She pledges that “doctors and nurses on the frontline will be empowered to treat patients in the best possible way” and she says she will “ reduce the level of central diktat and bureaucracy”.

“I’m somebody who gets things done and makes things happen,” she said.

She further understands that millions of voters want a reduction in the number of people attempting to enter the country illegally by travelling in small boats across the English Channel.  Her plan includes legislating so the European Court of Human Rights cannot block Government’s policy of sending people to Rwanda to have their asylum claims processed.

Stressing the need to deliver a reduction in illegal immigration, she said: “[We] have to make that happen and I’m determined to deliver that.”

She says people should take pride in Britain’s history rather than being made to feel ashamed, arguing the rest of the world admires our heritage – and so should we.

She said: “I travelled the world as Foreign Secretary and I know that people around the world believe that Britain has made a fantastic contribution to democracy, to freedom and the rule of law, and I will promote that here in Britain. We should be proud of what we are, we should be proud of our values and what we believe in.

“And I will have no truck with those who are trying to do our country down and claim that we should be ashamed. The opposite is true.

“We should be proud of what we’ve achieved and also we should be confident about our future.”

Ms Truss, who is also minister for women and equalities, made it clear she takes a traditional line when it comes to gender identity.

She said: “I want to make sure that all of our national life [and] public sector reflect the common sense views of the British people. I’m very clear a woman is a woman.

“That’s something that should be understood right across the country.”

The former International Trade Secretary is also insistent that Britain will continue to play a leading role in opposing Russia’s invasion of Ukraine.

She said: “If [Tory members] elect me they will be sending a message to Putin that we are going to stand up to his bullying and aggression, that we are 100 percent on the side of the Ukrainian people and we won’t rest until Russia leaves Ukraine.”

In a personal message to Sunday Express readers, she said: “I didn’t get into politics to manage decline. I mean it when I say our country’s best days are ahead of us.

“Sunday Express readers were right to vote for the Conservative Party in 2019, they were right to reject the defeatist and divisive Labour party, and they are right to look to the future with hope. As Prime Minister I will always be on your side.”