The court’s unsigned order refused to stay a ruling from a federal judge in Texas forbidding the Biden administration from ending the policy. 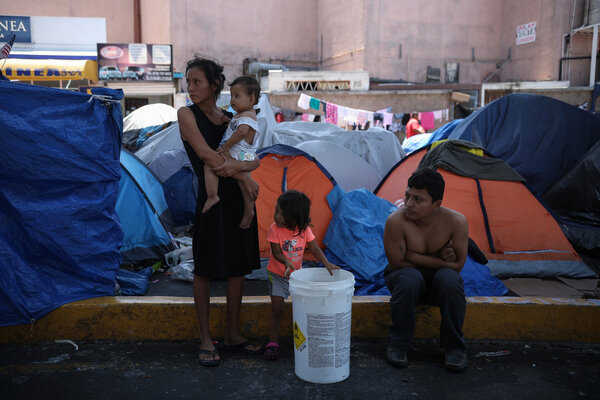 WASHINGTON — The Supreme Court on Tuesday refused to block a ruling from a federal judge in Texas requiring the Biden administration to reinstate a Trump-era immigration program that forces asylum seekers arriving at the southwestern border to await approval in Mexico.

The court’s brief unsigned order said that the administration had appeared to act arbitrarily and capriciously in rescinding the program, citing a decision last year refusing to let the Trump administration rescind the Obama-era program protecting the young immigrants known as dreamers.

The court’s three more liberal members — Justices Stephen G. Breyer, Sonia Sotomayor and Elena Kagan — said they would have granted a stay of the trial judge’s ruling. They did not give reasons. The case will now be heard by an appeals court and may return to the Supreme Court.

The challenged program, known commonly as Remain in Mexico and formally as the Migrant Protection Protocols, applies to people who left a third country and traveled through Mexico to reach the U.S. border. After the policy was put in place at the beginning of 2019, tens of thousands of people waited for immigration hearings in unsanitary tent encampments exposed to the elements. There have been widespread reports of sexual assault, kidnapping and torture.

President Biden suspended and then ended the program. Texas and Missouri sued, saying they had been injured by the termination by having to provide government services like drivers’ licenses to immigrants allowed into the United States under the program.