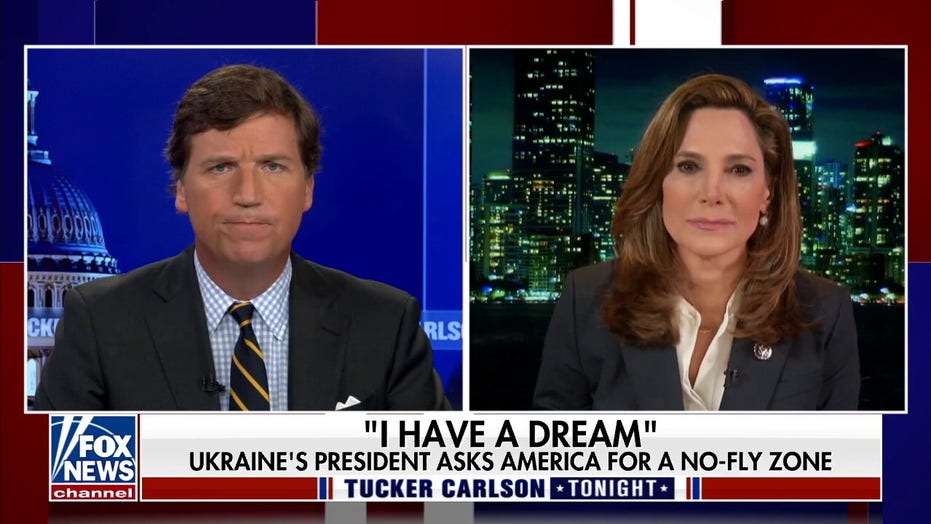 The nation’s largest union was involved in its third factually incorrect tweet of the week on Wednesday when the president of the American Federation of teachers incorrectly spelled “Ukraine.”

“We #StandWithUkriane,” American Federation of Teachers President Randi Weingarten tweeted on Wednesday morning before deleting the tweet shortly after. 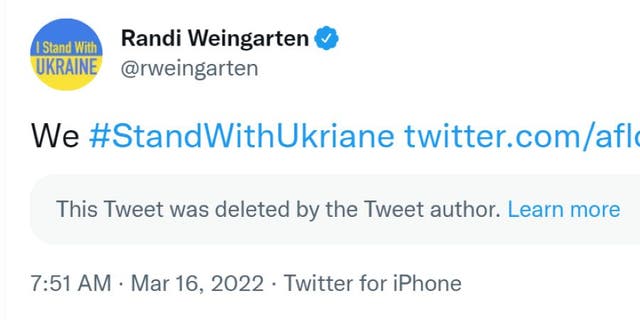 The American Federation of Teachers is an affiliate of the AFL-CIO.

The spelling mistake came a day after the AFT was slammed on social media for promoting a tweet where the Ukrainian flag was depicted upside down in a post that was also deleted. 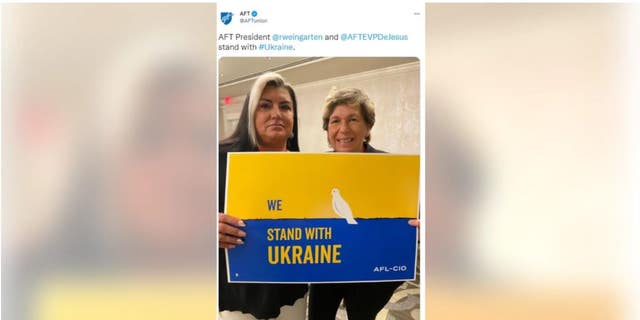 Ukraine’s flag features blue on top of yellow – symbolizing the blue sky over a bountiful field. However, in the photo posted by the union, the color yellow was above the color blue.

According to Republican operative Matt Whitlock, the AFL-CIO also deleted a tweet Tuesday that Photoshopped the Ukraine flag posters held by members of its executive council after they were called out for holding them upside down.

“They did to that flag what they did to education these past two years… pretend they care, but really, they just made it upside down,” Reopen California Schools tweeted. 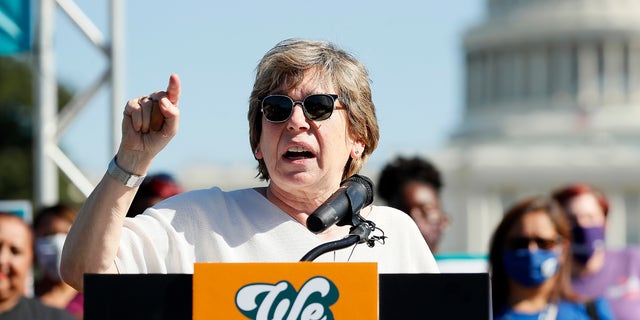 WASHINGTON, DC – OCTOBER 21: Randi Weingarten, president of the American Federation of Teachers, along with members of Congress, parents and caregiving advocates hold a press conference supporting Build Back Better investments in home care, childcare, paid leave and expanded CTC payments in front of the U.S. Capitol Building on October 21, 2021, in Washington, DC.
(Paul Morigi/Getty Images for MomsRising Together)

“That’s the flag of Ukraine alright, upside down,” California State Senator Melissa Menendez tweeted. “Shout out to the teachers union for this promotional piece on the importance of school choice though.”