Coverage of Ted Cruz trip compared to Cuomo was ‘sizzle’ over ‘steak’ for media: Concha

Sen. Ted Cruz, R-Texas, said his wife Heidi is “pretty p—ed” after someone apparently leaked her texts with neighbors inviting them to escape to Mexico amid a harsh winter storm in Texas earlier in February.

“It’s a sign of how ridiculously politicized and nasty — here’s a suggestion, just don’t be a–holes. Treat each other as human beings,” he continued. 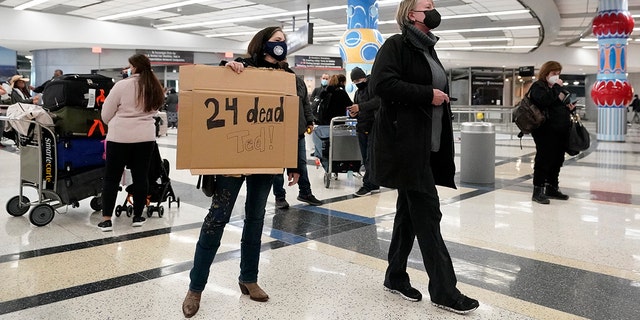 While Texans struggled following deadly winter storms that devastated the state’s power grid, the Republican senator landed in hot water after pictures emerged on social media showing him and his family flying to Mexico for vacation. Cruz flew back to Houston the next day amid the backlash. He later admitted it was a mistake.

Days later, leaked texts revealed Heidi discussing frigid conditions in Texas and inviting neighbors on a getaway trip to a resort in Cancun, Mexico, even as state residents were without power or clean water.

In the texts obtained by the New York Times, Heidi Cruz reportedly told neighbors on a group thread Wednesday that her home was “FREEZING.” She invited neighbors to join the Cruz family on a trip to the Ritz-Carlton resort in Cancun, adding that they had stayed there “many times.”

HILLARY CLINTON JABS CRUZ: ‘DON’T VOTE FOR ANYONE YOU WOULDN’T TRUST WITH YOUR DOG’

Cruz also pushed back against reports that the family dog, Snowflake, was in danger when the family left town on the podcast.

“I spend too much time on Twitter, so I’ve seen apparently I literally fed Snowflake to the wolves,” Cruz said. “Of all the ridiculous stories, look, I love Snowflake. He was home with a dogsitter, and actually the heat and power was back on. This reporter went to our house and took a picture of Snowflake looking out the front door, which he does most days.” 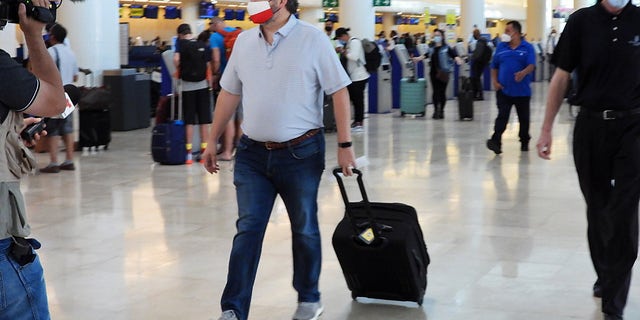 Sen. Ted Cruz (R-TX) checks in for a flight at Cancun International Airport after a backlash over his Mexican family vacation as his home state of Texas endured a Winter storm on February 18, 2021 in Cancun, Quintana Roo, Mexico. (Photo by MEGA/GC Images)
(MEGA/GC Images)

Cruz said there will be “some very real questions” after the Texas power grid failed.

“I think a lot of Texans are rightly p—ed off,” he said. “We’re the energy capital of the world, and we couldn’t keep our friggin’ lights on or our heat on, and that’s infuriating. So there are going to be some very real questions about why the grid wasn’t prepared to handle this.”