With so many former class presidents crammed into one place, Capitol Hill proved vulnerable to high school hijinks on Wednesday morning.

Following his infamous Cancun junket, Republican Sen. Ted Cruz of Texas was the subject of a prank in the locker room of the Senate gym midweek, according to a report from Carol Lee and Leigh Ann Caldwell of NBC News.

Early birds turning up for a workout Wednesday morning came across color printouts of Cruz in his airport getup, which included a light polo shirt and a mask bearing the Texas flag, according to NBC, who reviewed the materials provided by two sources.

“The rendering featured a manipulated photo of Cruz from his well-documented trip to Mexico, dragging his luggage across an arctic landscape while holding a tropical cocktail garnished with a slice of fruit in his other hand,” Lee and Caldwell wrote.

The printouts also included a crossover meme, with Sen. Bernie Sanders of Vermont’s viral pose in mittens at President Joe Biden’s inauguration photoshopped into the frigid backdrop, according to NBC. 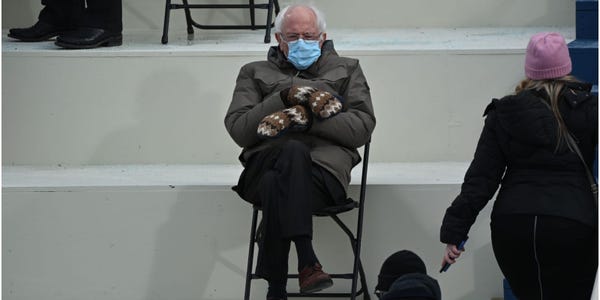 Beyond the optics of the Cruz Cancun trip, blowback intensified after Houston police confirmed they received a request for security assistance from Cruz’s office, and sent a detail to the airport as first responders were stretched thin during the life-threatening power and utilities crisis.

Sometime later on Wednesday, the photos were taken down, according to the report.

Only current and former senators are allowed in the gym, which has been the source of other Capitol Hill drama, such as when Sen. Rand Paul of Kentucky took heat for getting a workout in after he had tested positive for COVID-19.

Cruz’s office did not immediately respond to Insider’s request for comment.

It remains unclear who carried out the prank.