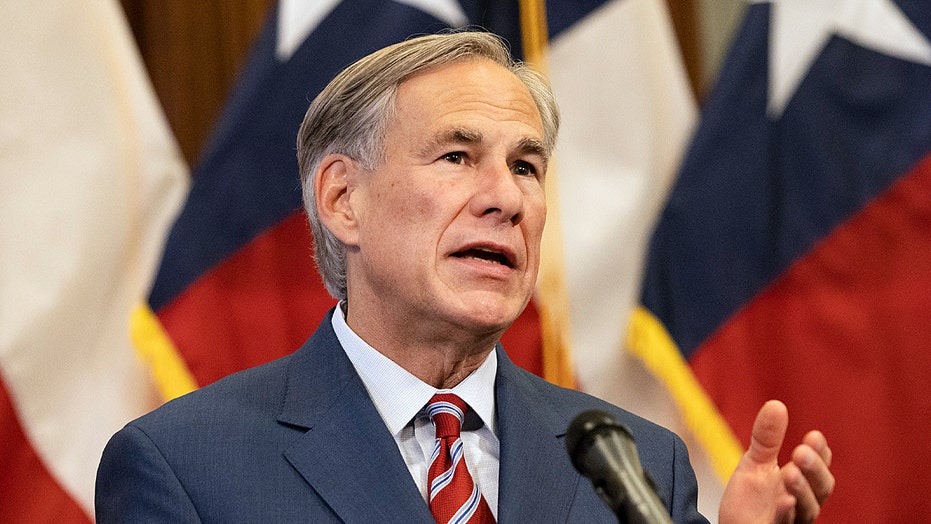 Texas Democrats sued Gov. Greg Abbott after he vetoed funds to pay them when they walked out of a vote on election security legislation, denying Republicans the quorum to pass the bill.

Abbott said those who “quit their job early” should not be paid.

Texas Democrats walked off the floor just before midnight on May 31 to deny quorum needed to vote on Senate Bill 7, which would impose a slew of election changes, in regular session. The dramatic move landed them an invitation to the White House from Vice President Kamala Harris.

Abbott has called lawmakers back for a special session set to begin July 8 to try again at passing the bill.

“Texans don’t run from a legislative fight, and they don’t walk away from unfinished business,” Abbott said in a statement when he vetoed the portion of the state budget that funds the legislative branch last week. “Funding should not be provided for those who quit their job early, leaving their state with unfinished business and exposing taxpayers to higher costs for an additional legislative session. I therefore object to and disapprove of these appropriations.”

Democrats took their case straight to the Texas Supreme Court and called the veto an unconstitutional power grab. It’s not yet clear when the court will take up the lawsuit.

The veto of $400 million in funding also denied pay to Republican legislators, as well as support staff around the Capitol.

“Governor Abbott’s veto is an attempt to coerce, and thereby direct, how the Legislature discharges its functions — far exceeding the usual mechanism of the veto as a check on legislative excess,” the Democrats’ petition says, according to Texas Tribune.

State Rep. Chris Turner, D, said he was more concerned about supporting staff’s paychecks, as lawmakers only make about $600 per month in Texas plus $221 every day the Legislature is in session for both regular and special sessions.

Abbott’s veto is for the two-year state budget that begins Sept. 1. The issue could be resolved next month before the budget takes effect when lawmakers return for special session.

This is not the first time, and undoubtedly will not be the last time, that a governor vetoes funding for government positions and salaries,” she said.

“The Constitution protects the legislative branch, and as the Democrats well know, their positions, their powers, and their salaries are protected by the Constitution,” Eze said. “They can continue to legislate despite the veto.”

If enacted, the bill would expand the authority of partisan poll watchers, enact bans on 24-hour and drive-thru voting, and increase penalties for election workers who violate protocols.