Home » Politics » The Biden administration will seek the public’s input on a Title IX overhaul. 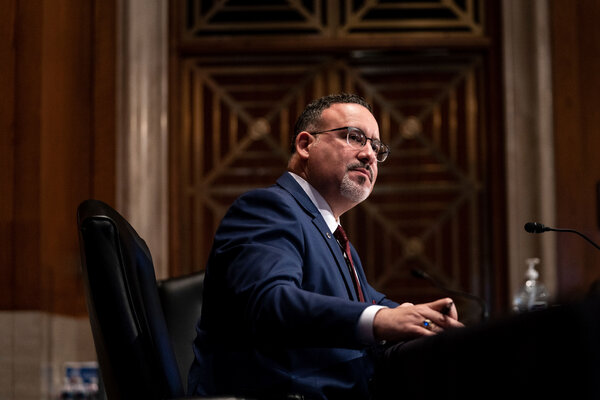 The Biden administration announced Tuesday that the public’s input will be included in an expansive effort to review all existing policies on sex and gender discrimination and violence in schools.

The review, announced by executive order last month, is part of President Biden’s effort to dismantle Trump-era rules on sexual misconduct that afforded greater protections to students accused of assault. On Tuesday, Suzanne B. Goldberg, the acting assistant secretary for the Department of Education’s Office for Civil Rights, issued a letter outlining ways for members of the public to include themselves in the process.

According to the letter, the department will hold a public hearing for students, educators and other stakeholders to share “important insights” on “the issue of sexual harassment in school environments, including sexual violence, and discrimination based on sexual orientation and gender identity.”

Students and faculty will also be issued questionnaires meant to provide a fuller picture of how the Trump-era rules have impacted schools’ handling of sexual harassment.

Lastly, the department will publish a notice in the Federal Register of its intent to amend existing Title IX regulations, an act that will open up additional opportunities for public comment.

With his efforts to overhaul Title IX, Mr. Biden has waded into an area that is important to him but has been politically charged for more than a decade.

As vice president, Mr. Biden was integral to President Barack Obama’s efforts to overhaul Title IX, which critics in and out of academia said leaned too heavily toward accusers and offered scant protections or due process for students and faculty accused of sexual harassment, assault or other misconduct.

The Trump administration swept those rules aside and delivered the first-ever regulations on sexual misconduct, which many saw as swinging too far the other way, offering the accused too much power through guaranteed court-like tribunals and cross-examination of accusers. The changes have led to a flood of lawsuits from accused students who have successfully claimed sex-based discrimination, a sign that could complicate efforts to undo the Trump-era rules.

It is unclear whether Mr. Biden’s review of all policies under Title IX, a 1972 law that prohibits sex-based discrimination in federally funded schools, will return the rules to the Obama administration’s approach or find some middle ground that incorporates lessons from the last two administrations.