The pound will continue to fall in value and could reach parity with the dollar for the first time in history in the event of a no-deal Brexit, the former head of the UK civil service has warned.

Lord Kerslake, who led the civil service between 2012 and 2014, told Business Insider that the British pound could drop to $1 in the event of a disorderly exit from the European Union on October 31.

“You could reasonably expect that it will carry on falling, potentially to parity with the dollar,” he told Business Insider.

Read more: ‘Britain has no leverage. Britain is desperate. Britain has nothing else’: Trump will exploit the UK in trade talks, former US treasury secretary says

New prime minister Boris Johnson has repeatedly pledged that the United Kingdom will leave the European Union on October 31, with or without an agreement. The growing risk of Johnson delivering no-deal has driven down the value of the pound since he took office in July.

Sterling has dropped more than seven percent in the last three months, the worst performance of any major currency. It fell 0.6% to $1.2056 on Friday, its weakest since January 2017, adding to its 4.5% fall over July and August.

Official figures revealed on the same day showed that that the UK economy shrunk by 0.2% in the second quarter of this year — the first time it has experienced negative growth in seven years.

Kerslake also said the Bank of England would be forced to consider hiking interest rates to prevent a prolonged run on the currency in a no-deal scenario, a move which would drive up inflation, consumer prices, and mortgage rates.

“The normal response, if you face a major run on a currency, is to raise interest rates,” he said.

“But that’s immensely damaging to the economy, and to people’s real incomes because it results in higher mortgage rates. So we could face a very, very difficult dilemma.” 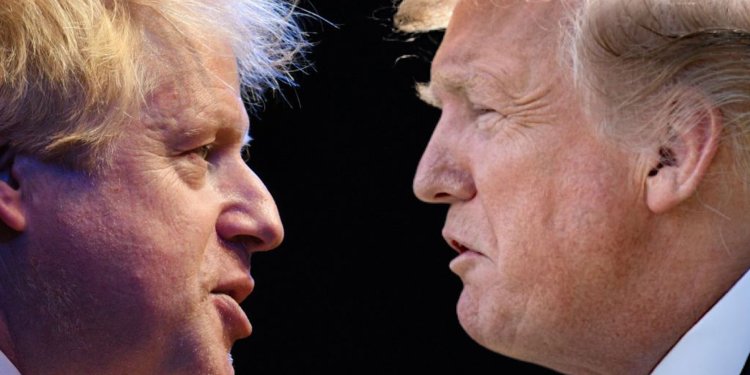 Rupert Harrison, a fund manager at BlackRock, andanalysts at Morgan Stanley have also predicted that the pound could trade level with the dollar in the event of a no-deal Brexit, although a Bloomberg survey this month estimated the pound would slide less far to $1.10.

“The pound is at a much lower level now but I still think a no-deal exit would lead to significant volatility and we could be testing parity on a really bad outcome,” Harrisontold Bloomberg.

Liberty University Brings Back Its Students, and Coronavirus, Too