Starting Thursday, millions of recently unemployed Americans can opt to have the federal government cover their health insurance costs for several months, offering much-needed relief to people struggling during the coronavirus pandemic.

As of April 1, the federal government will start paying the full premiums for Americans who are getting their health insurance through COBRA, a federal program that allows the jobless to continue being covered through their former employer’s health insurance plan for at least 18 months at personal cost.

The benefit is one of several health care provisions in the American Rescue Plan, the $1.9 trillion COVID-19 relief package Democrats passed in mid-March. The federal government will foot the bill for six months, through the end of September. There’s no definitive estimate for how many Americans this program will reach, but it’s expected to be in the millions.

As of last August, an estimated 12.7 million Americans had lost their health insurance during the pandemic, according to the last report from the Economic Policy Institute, a liberal-leaning think tank. Half that number was the spouses and children who were getting health insurance through their partners’ and parents’ employers.

For most Americans, COBRA is prohibitively expensive. On average, employer-sponsored private health insurance was $7,470 for single coverage and $21,342 for family coverage in 2020, according to a survey from the Kaiser Family Foundation. It’s a steep cost for someone who has just lost a job.

COBRA was too expensive for Contessa Washington, 41, from Crowley, Texas, who lost her job as a social worker at a nursing home in February. The facility, Wellington Oaks by Daybreak Ventures, laid off staff after struggling to receive enough patients during the pandemic, she said. The single mother of three said the only job offer she’s gotten since then was too far away — more than a 90-minute commute.

Her health insurance plan at Wellington Oaks wasn’t even that good in the first place, she said. It had a $3,000 deductible. She had to go to the hospital for an emergency blood transfusion in January and was stuck with the full $1,500 bill. A single doctors appointment after losing her job and without insurance left her with a $900 bill. She’s been skipping doctor appointments since.

“I’m not saying I don’t need to go [to the doctor], but I’m not going, because I don’t want to get more in debt,” Washington said. “I’m stressed because I do have three children… I have had this illness all my life, but they weren’t able to recognize what it was until I was 17, so it’s getting worse, but right now it’s more me worried about getting to the doctor, not getting so much in debt where I can’t pay my rent.”

Public leaders are optimistic that the country is in the final months of the pandemic, as more and more Americans get vaccinated and the death rate continues to decline. But economic recovery is going to be slow, and for many that means longer periods of joblessness and being uninsured.

“There was a lot of different situations where I really felt like I really wanted to go to urgent care, but I couldn’t,” said a 23-year-old single mother from Decatur, Georgia, who lost her job at a credit union in January. She asked for anonymity to share her personal health experiences.

The woman developed symptoms after having unprotected sex but felt she could only rely on home remedies and self-diagnosis in order to avoid the bill from a doctor’s visit. The symptoms eventually went away, but she never knew the underlying cause.

“On top of me not having any money — but even if I did have money, I had to buy groceries, I just could spend on that,” she said. “It really does affect you.”

To be eligible for this new benefit, Americans must qualify for COBRA, either because they lost their job or saw a reduction in hours, but cannot be eligible for Medicare or another health care plan either through their spouse or a new employer. The plan also allows those who previously declined COBRA but would have otherwise been eligible to benefit.

The Congressional Budget Office estimated that a previous version of this benefit proposed by House Democrats earlier this year, which would have covered only 85% of premiums through COBRA, would reach an additional 2.2 million Americans, 600,000 of whom would have been uninsured without the provision. Because this proposal covers 100% of the premiums, its reach is expected to be more than that, Josh Bivens, an economist at the Economic Policy Institute, said in an email.

Still, it’s not a perfect fix, and it’s only temporary. Progressives have derided this Band-Aid as being a boon for private insurers that have already reported big profits during the pandemic. After all, the government is essentially paying for Americans to stay on private plans instead of moving them onto cheaper public ones, such as Medicare and Medicaid. 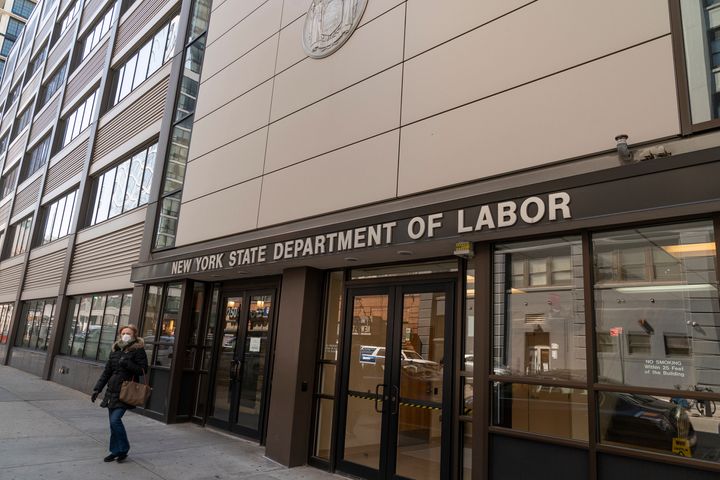 “I think this COBRA provision is obviously much better than doing nothing,” Bivens said. “I do think providing coverage this way highlights just how expensive private health coverage in the U.S. is.”

For the next six months, it will give many some peace of mind. Caroline Kacmarsky, a 24-year-old campaign field worker whose job in Sen. Jon Ossoff’s Georgia campaign ended last month, qualified for all three rounds of stimulus checks amounting $3,200 over the last 12 months. The vast majority of that, she said, has gone to paying for COBRA or her medications upfront while she was either between jobs or out of a job altogether.

“Since losing my health insurance, it’s been a kind of scary time for me,” Kacmarsky said. She’s on three daily medications, which she’s had to pay for out of pocket. One of those medications is $400 a month.

In December, her COBRA premium was $600, the same amount as the second round of direct payments.

“There’s always a little nagging in your brain when you don’t have health care.”

A HuffPost Guide To Coronavirus