Home » Politics » The Note: Democrats test out the politics of ‘nice’

The TAKE with Rick Klein

Trump is defying Congress, threatening political enemies and doling out derogatory nicknames for 2020 contenders. His personal lawyer, Rudy Giuliani, is openly talking about asking foreign governments to help do political damage to the Democratic frontrunner.

The Democratic presidential candidates, meanwhile, are mostly playing nice — with each other and even with Trump.

On the Trump front, former Vice President Joe Biden’s camp has been mostly silent about the now-canceled Giuliani trip to Ukraine.

Booker summed up the current thinking of the field when he was asked by ABC News Chief White House Correspondent Jonathan Karl if his “nice guy” approach is right for this moment.

“You can’t campaign wrong and think you’re going to govern right,” Booker said on ABC’s “This Week” over the weekend. “We will not succeed by showing the worst of who we are.”

Democrats will sharpen their elbows over time. But none of the more than 20 candidates are trying to beat Trump by being like him.

The RUNDOWN with MaryAlice Parks

Sen. Elizabeth’s Warren’s idea for the federal government to break up some of the country’s largest technology companies received a major boost this week when one of Facebook’s co-founders, Chris Hughes, wrote that when it comes to the social media giant, he agreed. 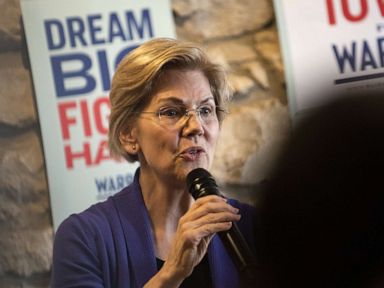 But Booker balked at the thought of the federal government picking which companies should be dismantled for having grown too big and powerful.

“I don’t think that a president should be running around, pointing at companies and … breaking them up without any kind of process here,” he said in his interview on “This Week” Sunday. “That sounds more like a Donald Trump thing to say, ‘I’m going to break up you guys.’… We need to create systems and processes that work.”

He argued antitrust laws should be enforced and strengthened instead.

Sen. Kamala Harris, who represents California and Silicon Valley, described Facebook as a “utility that has gone unregulated,” during an interview Sunday on CNN. But she stopped short of advocating for anti-monopoly action by the government.

“I think we have to seriously take a look at that [breaking up Facebook], yes,” she said.

While Warren might not be leading in the polls, this is an example of her driving debate in the Democratic Party.

The TIP with Briana Stewart

Ahead of Biden’s campaign launch, Stacey Abrams shut down rumors that she would be his running mate, saying on ABC’s “The View,” in March that, “you don’t run for second place.” 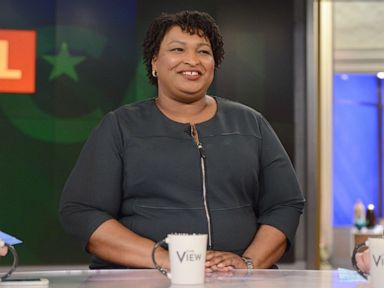 But Abrams is still part of the 2020 chatter. On Saturday, at a house party in Bedford, New Hampshire, O’Rourke was asked if he’d commit to choosing a female running mate. The former Texas congressman gave a broad answer, but eventually brought up Georgia’s 2018 Democratic candidate for governor as “somebody who comes to mind.”

“I’d be ahead of myself to start talking about a potential running mate and I don’t want to presume that anyone would want to accompany me on the ticket if I were the nominee,” O’Rourke told ABC News after the party. 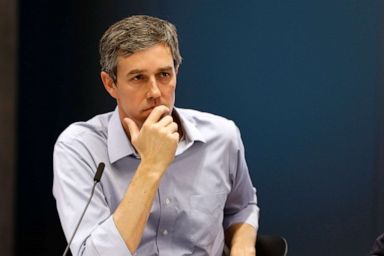 “However, I mentioned Stacey Abrams in there because I think she is one the most gifted leaders in public life in the United States of America today. …She’s a hero of mine and I want to support her with whatever she does. I think we can look forward to her playing a greater role in public life in America.”

WHAT YOU NEED TO KNOW TODAY

Download the ABC News app and select “The Note” as an item of interest to receive the day’s sharpest political analysis.

The Note is a daily ABC News feature that highlights the key political moments of the day ahead. Please check back tomorrow for the latest.