LONDON — The legal battle over whether Boris Johnson broke the law by suspending parliament, will head to Britain’s highest court today.

The three-day decision concerns the prime minister’s decision to ask the Queen to shut down, or prorogue, parliament from September 9 to October 14, which she approved in August.

Downing Street insisted it was a routine decision designed to give Johnson the chance to introduce a new domestic agenda.

But infuriated MPs and campaigners said the prime minister was trying to stifle debate and action on Brexit in the run-up to October 31, when the UK is scheduled to leave the EU.

Eleven judges at the Supreme Court will give a ruling on two separate cases brought in Scotland and England which reached different conclusions on the matter.

Judges in England’s High Court dismissed the case, brought by the campaigner Gina Miller, saying that prorogation was a “purely political” matter and therefore not a matter for the judiciary.

But Scotland’s Court of Session ruled that the prime minister did act unlawfully, because the “true reason” behind the move was to “stymie” parliament.

Major is expected to give a verbal statement to the court on Thursday, introducing the extraordinary prospect of a former Conservative prime minister giving evidence to a court against a sitting one.

The Supreme Court will sit as a panel of 11 judges, rather than the usual nine, for only the second time in its 10-year history, reflecting the constitutional significance of the case. 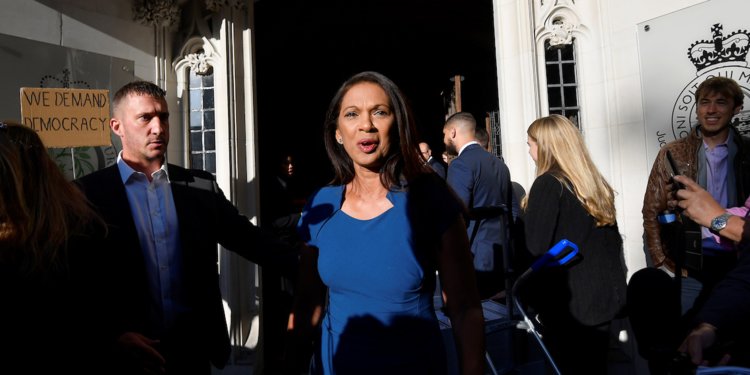 In a statement before the hearing, Gina Miller said: “As with my first case, my Supreme Court case is about pushing back against what is clearly a dramatic overreach of executive power.

“This is an issue that cuts across the political divides – and the arguments about the EU – and it has united Remainers and Leavers and people of all political complexions and none in opposition to it.

“The precedent Mr Johnson will set – if this is allowed to stand – is terrifying: any prime minister trying to push through a policy that is unpopular in the House and in the country at large would from now on simply be able to resort to prorogation.

“No one could ever have envisaged it being used in this way: this is a classic power grab.”

The court will sit from 10.30 am until 1 pm, and then again from 2 pm until 4pm. It will hear evidence for three days before making a ruling.