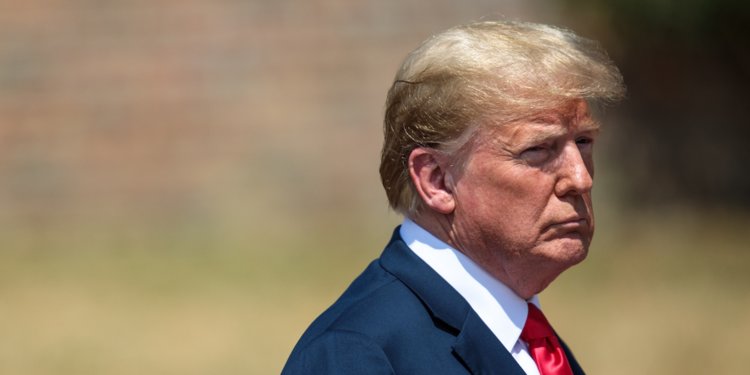 
In just over four months, President Donald Trump has managed to assault the international trading order, kick off trade battles with key allies, and push the US into a full-blown trade war with China.

But amid the flurry and sudden rush of trade protectionism, Trump’s goal in the end remains a mystery.

“The honest answer is that no one knows,” Edward Alden, a senior fellow at the Council on Foreign Relations, told Business Insider when asked Trump’s end game. “There appear to be real differences within the administration, and the president has not made his positions clear.”

Trade experts say the lack of a clear objective from Trump risks extending current trade fights indefinitely and causing major harm to the US economy.

Trump doesn’t appear to have a goal in mind …

Trump has so far only talked in vague terms about a goal of “fair” and “reciprocal” trade. Experts told Business Insider that no statement or action has so far given a definitive answer to the question of what the president hope to achieve.

One goal Trump has floated: The elimination of all tariffs and trade barriers around the world. Larry Kudlow, the president’s top economic adviser, also claims the goal of the tariffs is to eventually open up free trade.

But at the same time, the president has walked away from multilateral trade deals that would have moved the world closer to a such a system, including the Trans-Pacific Partnership, or TPP.

Trump has shunned these multilateral trade deals in pursuit of bilateral trade deals, but even given this rough goal there’s no clear vision for what those deals would aim to achieve. Treasury Secretary Steven Mnuchin offered little clarity when he was asked during a congressional hearing on Thursday what the bilateral deals could look like.

“There is no specific model for other agreements.” Mnuchin said.

This means countries are largely guessing at what exactly they should offer the Trump administration, a process that is likely to end in false starts and frustrating negotiations, said Greg Valliere, chief global strategist at Horizon Investments.

“I think Trump doesn’t have a clear end game — he wants concessions, he want these countries to sue for peace but his understanding of trade issues is so confused that he’s not sure what he wants and that, of course, makes him even more difficult to deal with,” Valliere told Business Insider.

For instance, the European Union refused to discuss the possibility of a trade deal while Trump’s steel and aluminum tariffs were looming.


Trump has also suggested, especially in relation to China, that he wants to reduce the US’s bilateral trade deficits. But Trump’s attacks so far have blown out the deficit with China to a record level, and the US wrecked a proposal from the Chinese that could have reduced the imbalance when Trump moved forward with tariffs.

Simon Lester, the associate director at the Cato Institute’s Center for Trade Policy Studies, said the proposed US-China deal is the perfect example of Trump constantly moving the goalposts.

“When the US complains about the trade deficit with China, I think China is genuinely confused about what the US wants,” Lester told Business Insider. “One response by China was to offer to buy more of specific US products. Given the US demands, I think this was a reasonable response by China, but it doesn’t seem to have satisfied the Trump administration.”

“There is no clear set of ‘asks’ the administration is waiting for China to promise to meet, and there is no clear plan have to move China to address them other than turning up the heat and waiting,” added Scott Kennedy, director of the Project on Chinese Business and Political Economy at the Center for Strategic and International Studies.

Even Republican lawmakers are getting tired of the haphazard approach.

“To my knowledge, not a single person is able to articulate where this is headed, nor what the plans are, nor what the strategy is,” GOP Sen. Bob Corker, a longtime critic of Trump’s tariffs, told the Tennessean on Thursday. “It seems to be a wake up, ready, fire, aim strategy.”

Like a race with no finish line, experts said that Trump’s lack of a goal will result in a protracted trade war.

“I do not believe this trade war will end anytime soon,” Alden said. “It will have to get much worse before there is a serious effort to reach compromises.” 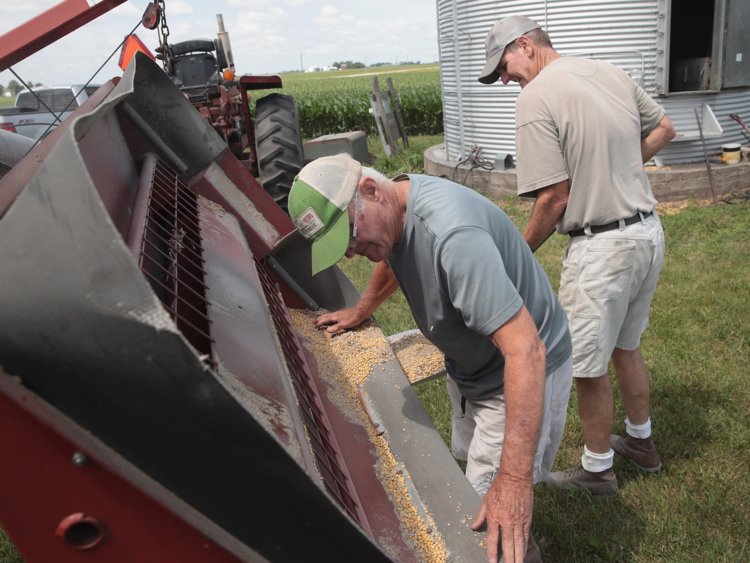 Farmer John Duffy and Roger Murphy load soybeans from a grain bin onto a truck. Soybeans could be hit hard by Trump’s trade war with China.
Scott Olson/Getty Images


The longer the trade war drags on, economists say, the more damage the US will sustain. According to Oxford Economics, Trump’s current tariff threats on China would only shave 0.05% off of US GDP growth in 2018, but that would grow to a slowdown of roughly 0.25% in 2020.

Trump’s vague messages could also lead other leaders to dig in and worsen the US’s trading relationships — rather than remake them.

“I believe that’s a huge miscalculation; other countries have their own internal politics and their leaders will not wish to be seen kowtowing to the American president,” Alden said.

Kennedy said Trump is taking a huge risk by possibly undermining the international trading order — such as the World Trade Organization — with no clear replacement.

” It’s amazing that the Trump administration has decided to risk an implosion of the multilateral trading system without have a clear plan of how it should be changed and what China needs to do to return stability to the bilateral relationship,” Kennedy said.