Home » Politics » Theresa May resigns: How does a Tory leadership contest work? Is May still Prime Minister?

Theresa May announced her intention to step down last week, after pressure from her party over the ongoing Brexit crisis. The official race for her job will get underway in June after she stands down, but jostling between candidates has already begun. The winner of Conservative Party leadership is expected to be announced by late July, and they will also become Prime Minister.

So is May still PM?

Theresa May is still the Prime Minister, and will remain as such until a new one is in place.

This means that even after standing down as Tory leader on June 7, she will still be the Prime Minister until a new leader is elected and taken the office.

The same goes for the Government and civil service, all of which remain in place and function without change during the race. 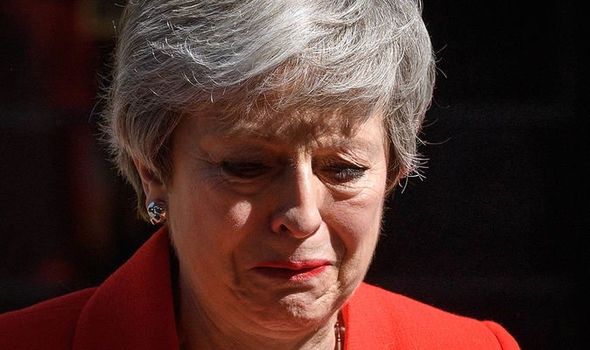 How does a Tory leadership contest work?

The election for a new party leader takes place in two stages:

In the first stage, MPs who are keen on the job put their names forward for the race.

They need the nominations of at least two MPs to be allowed to stand.

Tory MPs then vote in a series of rounds to whittle down the candidates, with whichever candidate receives the least vote being eliminated in each round.

This continues until there are only two candidates remaining. 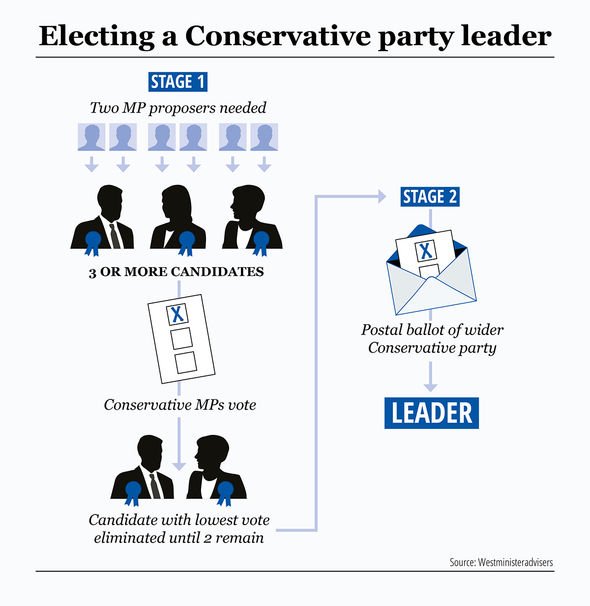 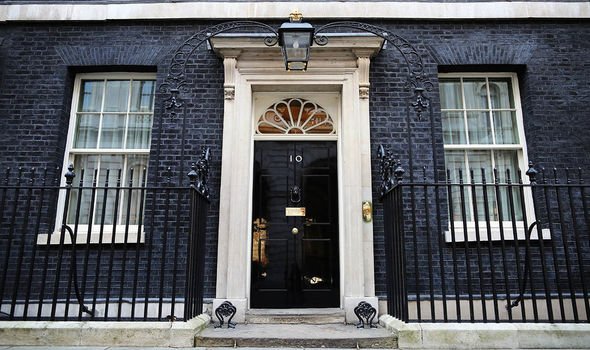 In the second stage, each paid-up member of the Conservative Party receives a postal ballot, on which they will vote for one of the two MPs to be Prime Minister.

During this stage, the two candidates will take part in a series of hustings around the country to garner support.

The length of both stages is dictated by the 1922 Executive Committee of backbenchers and the Conservative Party Board. 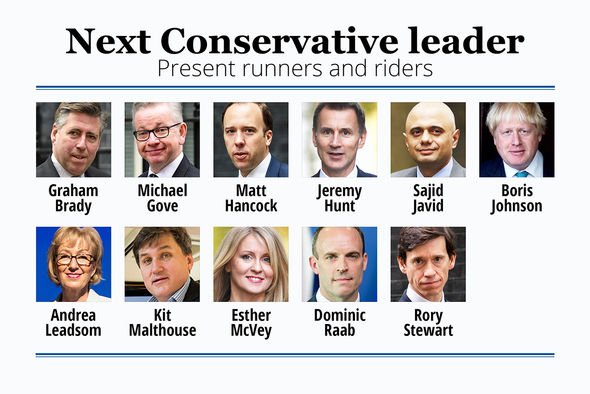 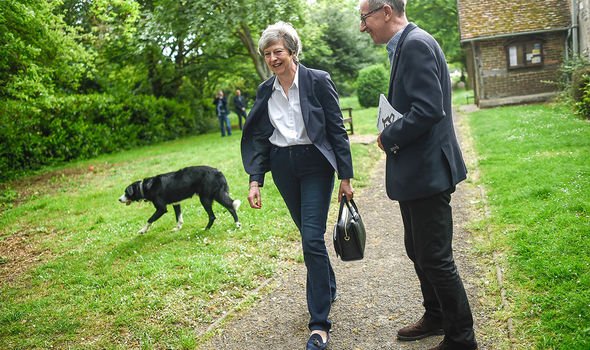 Once the winner is declared, Theresa May will go to Buckingham Palace to tender her resignation to the Queen.

The new Tory leader will then be invited to take up the role of Prime Minister with immediate effect.

The last leadership contest in 2016 was scheduled to last two months, but Andrea Leadsom stood down from the contest, allowing Mrs May to take the helm and shortening the race.

This time, the process could be shortened to a month in order to get the new leader in place before the summer recess on July 24, but time will tell how it plays out.