The Prime Minister has continued to insist publicly “no deal is better than a bad deal”, making clear Britain would exit the European Union without an agreement if necessary. But her bombshell announcement from Downing Street on Tuesday following a marathon Cabinet meeting lasting more than seven hours has thrown some serious shade on her public statements. In a dramatic turnaround, after months of launching scathing attacks against Labour’s would-be plans for Brexit if the party was in power, Theresa May announced she would seek a deal with Jeremy Corbyn’s support.

One of Mrs May’s inner circle told Sky News: “She’s fixated on the union. No deal clearly puts huge strain on the Irish border and the consequence of that is a border poll becomes a real possibility.

“She thinks it would be high risk and if it succeeded there would be a great impetus to Scotland. It could be that serious in terms of the breakup of the UK.”

Two other Government sources told Sky News they also believe the union was the factor swinging the Prime Minister to radically change her strategy.

One said: “It was the union. The prospect of direct rule and some of the decisions that would need to be made in that situation are very unpalatable.”

Another added the prospect of a border poll in Northern Ireland is “very real” and something that is causing increasing concern throughout the Cabinet. 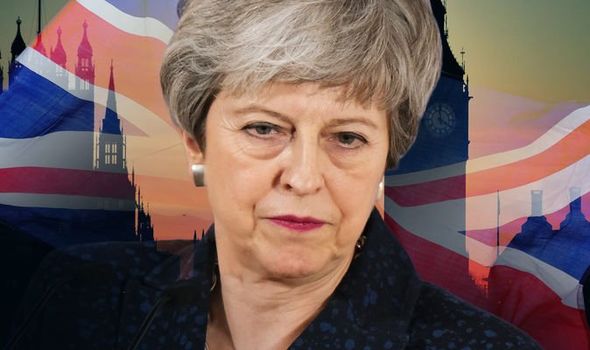 Mrs May has continued to insist a majority in Parliament would not allow for a no deal Brexit.

Last night, MPs continued to show their increasing power by forcing through a draft legislation demanding Mrs May table a motion seeking their approval for an extension to Article 50 beyond April 12.

The Government’s economic forecasts have also shown a no deal Brexit would see the economy shrink by nearly 10 percent, with fears among the Government and business leaders about the chaos that could follow.

But according to Sky News, some close to the Prime Minister thought she would favour a no deal Brexit as opposed to risking a huge split in the Conservative Party and returning to her red lines.

Last week, Cabinet Secretary Sir Mark Sedwill wrote to top-level Government about the risks of Britain tumbling out of the bloc without an agreement. 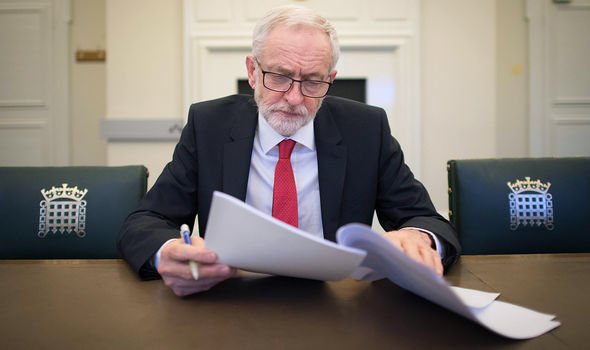 The memo, leaked to the Daily Mail, was discussed at Tuesday’s Cabinet meeting, and said: “The stability of the union would be dislocated”, warning Northern Ireland would require direct rule for the first time since 2007.

Sir Mark is quoted as saying: “The running of Northern Ireland under no-deal is a sensitive issue.

“The current powers granted to the Northern Irish secretary would not be adequate for the pace, breadth or controversy of the decisions needed to be taken through a no-deal exit. Therefore we would have to introduce direct rule.”

The 1998 Good Friday Agreement outlines the conditions for a referendum on Irish reunification, but Northern Ireland Secretary Karen Bradley would have to decide if there is a majority to vote in favour of this.

But the increasing attempts to prevent a no deal Brexit at any cost is a highly risky strategy for the Tories. 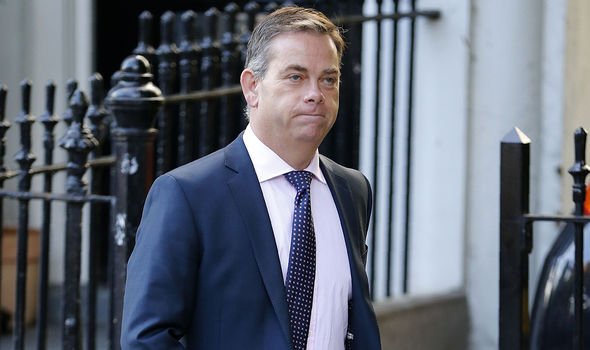 Only 36 of the party’s MPs backed a customs union relationship with the EU during the first round of indicative votes last week, and just 45 ministers attended a training session held for them on Monday about what a customs union is, according to the Sky News report.

Last weekend, more than 170 MPs signed a letter to Mrs May demanding she press ahead with a no deal if her withdrawal agreement is rejected in Parliament again.

But the Prime Minister’s dramatic change of heart on Brexit is already in danger of severely backfiring following two quick resignations this week.

Brexiteer Nigel Adams quit his job as minister for Wales, while Brexit minister chris Heaton-Harris also handed in his resignation letter to the Prime Minister.

Before postponing the second ‘meaningful’ vote on her deal in January, Mrs May told the Commons: “To those who think we should reject this deal in favour of no deal because we cannot get every assurance we want, I ask what a no-deal Brexit would do to strengthen the hand of those campaigning for Scottish independence or indeed of those demanding a border poll in Northern Ireland.

“Surely that is the real threat to our Union.”