The Bournemouth East MP has been a vocal critic of Boris Johnson’s leadership ever since he became Prime Minister. In many ways, his loss of the party whip now should come as no surprise.

In 2019 he was sacked as a minister just days into Mr Johnson’s premiership after he had been critical of plans to threaten to leave the EU without a withdrawal agreement.

Last autumn he threatened Mr Johnson’s career as he warned he ended up being “just another former occupant of No10” if he held Parliament in contempt amid a row over the suspension of the MP Owen Paterson.

Then, in May this year, he attacked the Prime Minister over the so-called Partygate saga.

He said it was time for Mr Johnson to go and that policies he was promoting, such as the return of imperial measurements, were “nostalgic” and “not one-nation Conservative thinking that is required to appeal beyond our base”. 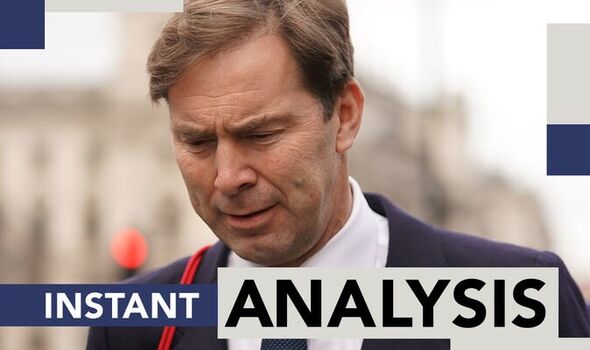 Just days later he suggested the centre-piece of the Prime Minister’s legacy should be ripped up by calling on Britain to rejoin the EU’s single market.

“The OBR calculates, in its current form, that Brexit is reducing our GDP by four percent” he wrote in a parliament magazine.

“These challenges would disappear if we dare to advance our Brexit model by re-joining the EU single market.”

His comments last month stunned colleagues. It flew directly in the face of the manifesto they had been elected on in 2019.

And yet, Mr Johnson chose to ignore the remarks.

It can come as no surprise Mr Ellwood’s stubborn refusal to take part in last night’s confidence vote was therefore a revolt too far. 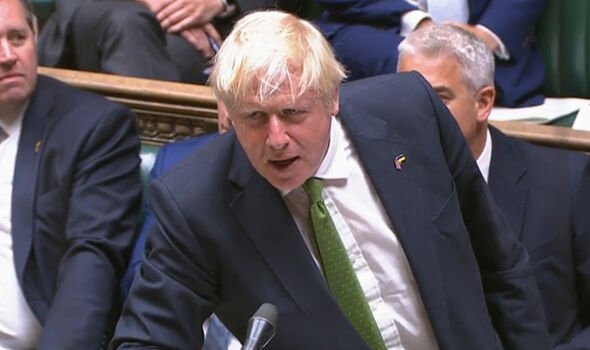 The chair of the defence select committee was abroad at the time but had been ordered by Tory whips to return to the UK.

Despite the direct instructions he failed to do so, blaming “unprecedented disruption”.

A Tory source said: “Other Conservative MPs cancelled foreign trips, left poorly relatives, and one MP’s mother died on the morning of the vote, and still attended and voted.”

When so many others went to such efforts to show their support for the Government, it would have been unfathomable for Mr Johnson to just sit by and ignore Mr Ellwood’s blatant disregard for the Conservative party leadership.

In ignoring calls for him to return to the UK he showed not only disloyalty to Mr Johnson but to the wider party. The next Tory leader may be in no rush to re-impose the whip.